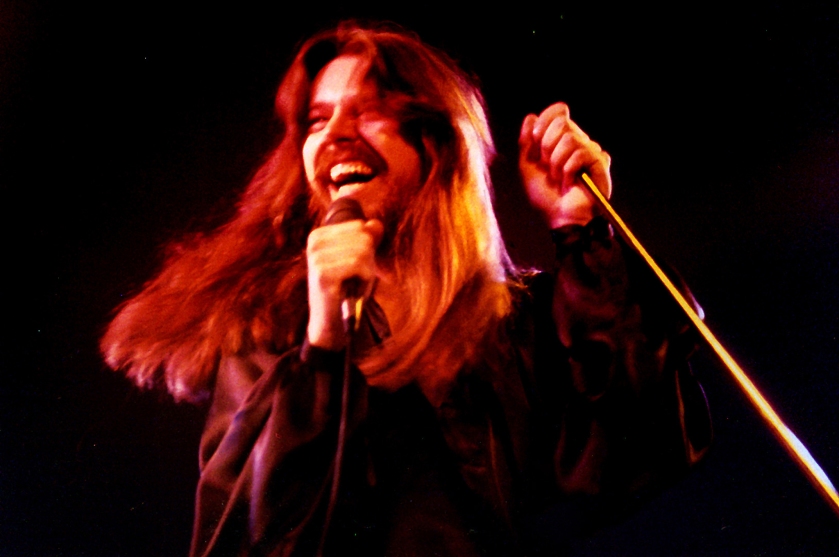 Remember the last day of school before summer break? Alice Cooper’s eternal beginning of summer classic “School’s Out” blared from car stereos as they roared out of the student parking lot at the high school, just as depicted in the classic movie Dazed and Confused. High school upperclassmen would hunt down incoming freshmen male athletes for a little hazy, though some of those upperclassmen could be greatly jealous of you if they thought you would be taking their position. Upperclassmen would have parties, and the freshmen would hang out at the local arcade.

Since I first heard him, I have always associated Bob Seger’s music with those early summer nights right after school let out. Now, I am not the biggest Seger fan in the world, but he has written some classic songs. I will always remember being at a Drive-In movie theater, sitting in the bed of my buddy’s truck, as he played Seger on his 8-Track tape player. Those warm days, followed by cool nights were perfect for his slightly countrified rock music. Rumor has it that Prince wrote “Purple Rain” in an attempt to sound like Bob Seger, so Bob must have been doing something right for him to have such a large following.

In honor of those warm days and cool nights of June, here are My Top 20 Bob Seger Songs.

18. “Old Time Rock & Roll” (Stranger in Town 1978). This is a great song that has been run down into the ground so much by radio programmers, movie soundtrack compilers and wedding DJs that I dropped it down to #18. Back in 1978, it was a great deep cut. Damn you Tom Cruise!

17. “Rock and Roll Never Forgets” (Night Moves 1976). Seger has a way of writing about rock music that is distinct and reverent, much like this song.

15. “Still the Same” (Stranger in Town 1978). This song is right from Seger’s wheelhouse, where he couples mellow heartland rock to lyrics that yearn to his younger days.

13. “Fire Lake” (Against the Wind 1980). This is a perfect summer evening song that Seger is so good at creating.

11. “Tryin’ to Live My Life Without You” (Nine Tonight 1981). Seger’s first live album set him up for the mega-success he experienced in the late-Seventies and early-Eighties, so after three HUGE albums, including his first #1 album (Against the Wind), he and his Silver Bullet Band recorded another live album. This is the best song on the serviceable live album.

10. “We’ve Got Tonight” (Stranger in Town 1978). This is his big ballad. It was never really a chart success for him. Why? Who knows? But, by golly, Kenny Rogers and Sheena Easton hacked the song up and rode it to the Top 10 in the early 80s. I counted this song being used as a prom theme against it. I probably should have dropped it further.

8. “Against the Wind” (Against the Wind 1980). Seger is SO much more than ballads, but here’s another of an older, wiser Bob staring down the winds of his past.

6. “Hollywood Nights” (Stranger in Town 1978). This song could have only been written by a successful rock star. Yet, I love this view more than the Eagles’ take on “Life in the Fast Lane”. Bob seems to be more level-headed. Or maybe he can handle his vices better.

4. “Even Now” (The Distance 1982). I love this joyful rocker. It’s all about realizing the partner you chose for life is still the one who wants you shout about it. This is a very underrated song in his catalog.

3. “Mainstreet” (Night Moves 1976). Another great make-out song, that is more about being an Average Joe than making-out. But, even Average Joe’s can stand on Main Street and feel successful.

2. “Feels Like a Number” (Stranger in Town 1978). Seger gets what it feels like to be an individual in a society of conformity, and all you want to do is burst out with your personality. Here is another highly underrated Bob Seger song.

1. “Turn the Page” (Live Bullet 1976). This is the greatest “the perils of being a rock star out on tour” song ever written. Even Metallica covered it in 1998. I will always remember the last summer I detassled corn, the old way of removing tassels from the corn to keep the seed pure. Anyway, my crew was tired and beat from the hot sun and the long day we had put in, when someone began singing this song, and for five minutes we actually enjoyed doing this hard labor work for little wages. But, when you grow up in the farmlands of Indiana back then, you got to experience some old methods of farming, including baling hay. This is truly a near-perfect song.

Here you go, Bob Seger According to Me. I hope you enjoy your weekend.