When I walked out of the doors of Pendleton Heights High School on my graduation day back on a rainy night in late May 1981, I swore I would never come back. Sure, I did return for three events while in college. Plus, I never could turn down a free basketball game, so my dad, the principal at an elementary in the same school system, would get me to visit during my college days, my internship and my five short years living away. Then, just a scant decade after making my statement, I found myself permanently moving back to the community in which I grew up. Ironically, it is my brother who never minded living here who left and only comes back for short visits.

Why bring all of this up? To be blunt, my fortieth class reunion is tomorrow night. With that comes a bunch of memories from the first eighteen years of my life. It’s crazy that this group of close to 300 people had left such a mark on me. Unfortunately, 22 of them are gone now, all of them friends to many of us trudged through 12 years, more or less, of schooling together.

Say what you will about your college and post-college friends, few have them saw your through those innocent elementary years, the zit-faced awkward years of middle school and early high school, only to see you grow up, leave and return. During those developmental years, they saw you at your best and your worst. Many of those people suffer through those seemingly endless classes about Romeo and Juliet with you or watched in horror as some idiots decided to have a rubber stopper battle in the chemistry lab by firing the stoppers off the compressed air nozzles across the room at each other.

Did we always get along? No. I specifically got in more arguments and fights over my smartass mouth than I’d care to remember. Then, there was a hierarchy to school, that could be stifling and very confining, like being a butterfly cooped up in the smallest damn chrysalis imaginable, only to truly begin to discover yourself and talents away from the community in which you were raised.

Yet, when you see these people, no matter how long its been, for the most part, things pick up where they left off, without many of the petty jealousies of our youth. And, maybe that’s what makes reunions so very difficult for many people. Personally, reunions have been something of a stealth therapy session. At my ten year, I partied like the person I was in college that my high school classmates thought that I wasn’t. And, when I came to my twentieth reunion, I was riding high as a coach and teacher, so I really didn’t feel the need for affirmation from my high school crowd. Additionally, I did go to the 25th and 30th reunions, but I left in pain.

But, tomorrow is different since I am a physically broken man, not the invincible guy of 20 years ago. My medications for my pain and my subsequent inactivity have wrecked havoc on my body and mind. So, instead, I am turning to music to get me through the night. 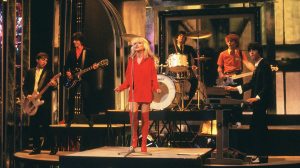 As the reunion approached, I began to dig through my collection listening to those great old records of yesterday, beginning with the songs from the summer of 1977, when I started playing basketball and running cross country over the summer as a high school athlete, through the songs that lead up to my graduation date. All 50 of these songs elicit specific memories to me, which is the beautiful thing about music.

Are these the 50 best songs of that era? Probably not. Did I include any older songs like Lynyrd Skynyrd’s “Free Bird,” which was something of an unofficial song of the class? No. The songs had to have been released during our high school days.

Well, now, it’s time for my 50 favorite songs from my high school daze. 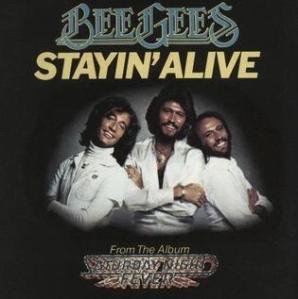