Alright! Alright! Alright! These past several blog entries have helped me get over the passing of Prince. It was one week ago today when I received a text message from a long time friend of mine asking me if the news about Prince dying was true. I immediately turned off the DVD I was watching to turn on the news. And, sure enough, the great Brian Williams was on msnbc anchoring wall-to-wall coverage on the channel about Prince’s death. My friend and I shared texts of disbelief, while I went numb. And, that began the Purple Funk I’ve been in for the past week.

You know, when Michael Jackson passed, I was not surprised by his death. Nor was I surprised by his cause of death being due to drugs. Tragic yes; surprising no. But Prince? I don’t know why, I’m usually very cynical about these things, but I had really bought into Prince’s health-nut lifestyle. And, now we’re slowly discovering that Prince was suffering chronic pain and possibly OD’ed on pain medication. As a chronic pain patient, I understand this pain thing. I totally get it. It’s not like aspirin or Tylenol will ever take your pain away, but taking more than what’s prescribed? I will never understand that. I simply try to bear the pain, just like distance running. Pain is a strange thing because none of us perceive pain the same way.  The thing is the pain medication is to simply make the pain somewhat bearable. At some point, you will experience “breakthrough” pain, that is more unbearable than before. When that occurs, you discuss the situation with your pain management doctor about a change in concentration of your current medication or have a new one prescribed. You never go with the American adage: “If some is good, more is better!” Because our society is built on that idea, I feel as though Americans are always going to be doomed to abuse drugs and alcohol.

Okay, enough of that rant! Let’s discuss one final aspect of Prince’s career: his influence on other musicians. As far back as 1982, when the editors of Rolling Stone magazine named Prince their Artist of the Year, Prince had created two bands: The Time and Vanity 6. In both cases, he had written all of their songs, in addition to playing all of the instruments. He was also the produced under his first pseudonym Jamie Starr. Along the way, Prince came to develop several more proteges, such as Sheila E., Sheena Easton, Martika, Carmen Elektra, Tevin Campbell, Mayte, Bria Valente, Andy Allo, The Family, Mazarati, among many others. He also worked with George Clinton, Patti Labelle and Mavis Staple, to name a few more.

With that said, allow me to list my favorite cover versions of Prince songs, whether he had hits with the songs, one of his proteges had the hit or he just wrote the song. I think you might be surprised by the number of hits for other artists that had Prince’s stamp on it. FYI: I made a playlist on my iTunes for these types of songs, and I have 50 on the list. I will only give you my Top 20.

19. “Love Song” – Madonna (1989) Like a Virgin [Prince allegedly played guitar on several tracks on the album that was not credited to him.]

17. “Mutiny” – The Family (1985) The Family [The Time breaks up, so Princes takes a couple of those guys and added his girlfriend at the time Susannah Melvoin, twin sister of former Revolution guitarist Wendy Melvoin. This band broke up after one LP.]

15. “The Sex of It” – Kid Creole & the Coconuts (1990) Private Waters in the Great Divide. In the Eighties, there were four artists who were all mining the same pop/rock/funk/R&B/ punk vein. Kid Creole (August Darnell) joined His Purple Badness, Rick James & Michael Jackson in their attempt to create music that racially neutral. 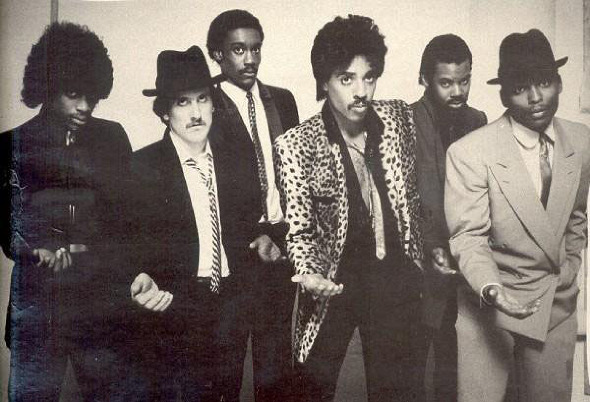 14. “The Bird” – The Time (1984) Ice Cream Castles. Prince ruled the world in 1984, with his Purple Rain stranglehold, along with protege music by The Time, Apollonia 6 AND Sheila E. “The Bird” was the dance floor jam that summer, fall and winter. Plus, the song was a highlight during the concert footage of The Time in Purple Rain.

13. “Nasty Girl” – Vanity 6 (1982) Vanity 6. Vanity 6 was Prince’s “Supremes”, or so he hoped. Vanity (Denise Matthews) was Prince’s first romantic interest in the music world. Ironically, Vanity passed away just a few weeks ago. This funky song happened to break a little ground as a girl was singing saucy Prince lyrics.

12. “Superconductor” – Andy Allo (2012) Superconductor. Prince discovered Allo and helped her by giving her a few songs that Allo recorded for her second album. This is a slice of pop heaven.

11. “Sugar Walls” – Sheena Easton (1984) A Private Heaven. Sheena Easton was a bland popster (remember her 1981 hit “Morning Train (9 to 5)”?) when she hooked up with an infatuated Prince who gave Easton this song. So, Sheena sings suggestive lyrics, dancing suggestively in her video, and has a huge hit for the year 1984/1985. She repaid Prince by appearing with him in the song and video “U Got the Look” in 1987.

10. “Round and Round” – Tevin Campbell (1990) Graffiti Bridge. Prince just had to make another movie called Graffiti Bridge, which was crap. And the soundtrack was a lackluster double album, but it did have two gems: this one and Prince’s “Thieves in the Temple”. I really thought this young teenager was going to be huge, after this song and an album, Campbell kind of fell off the face of the Earth. Still, this song reminded people of Michael Jackson’s early songs.

8. “A Love Bizarre” – Sheila E. (1985) Romance 1600. This song is credited to Sheila E., but it has Prince written all over it. Just listen to the vocals, and you will discover Prince’s voice helping Sheila E.’s vocals.

7. “The Walk” – The Time (1982) What Time Is It? Back on the 1999 Tour, The Time was beginning to musically push Prince and his band, and this song was the highlight of their set at the time (and probably still is). This song may have been written by Prince, but The Time made it their own.

6. “Stand Back” – Stevie Nicks (1983) The Wild Heart. Honestly, this song was not written by Prince. But, Stevie Nicks will tell you the song has Prince all over it. First, she wrote it after hearing “Little Red Corvette” for the first time. Then, she contacted Prince, who came in and recorded the keyboards heard on the song, including the song’s introduction.

5. “The Glamorous Life” – Sheila E. (1984) The Glamorous Life. After Shelia E. played a cameo in the movie Purple Rain (she’s the woman who Jerome picks up and throws into a dumpster after she jumps in front of Morris Day to begin verbally berate him), this song was released in the Fall of 1984. The music sounds like Prince, except for the use of horns. I have to be honest, Sheila E. does the song better. 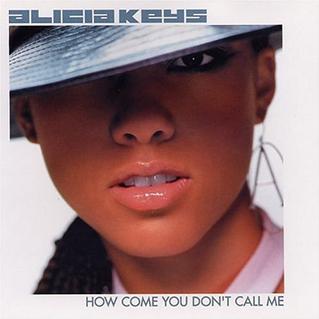 4. “How Come You Don’t Call Me” – Alicia Keys (2001) Songs in ‘A’ Minor. Alicia Keys totally made this song her own. She turns the male-been-done-wrong song into a woman scorned song. And, her version suits the lyrics even more. Personally, I’m glad that Prince did not put his production hands on the song. That way it becomes Alicia’s song. And, that may be the some cover version are better than the others. 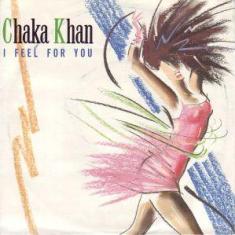 3. “I Feel for You” – Chaka Khan (1984). I Feel for You. 1984 was Prince’s year. Thus, he was too busy to help Chaka Khan to record this song. That was a good thing, allowing Khan’s team to bring in members of Grandmaster Flash to “hip hop”-up the song with some rapping and scratching. Adding the hook of “Chaka Khan” being scratched only added to the greatness of the song. This song is now hers. 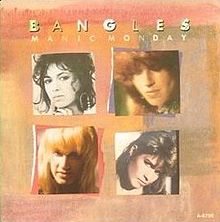 2. “Manic Monday” – Prince (1985) Different Light. In 1985, Prince was infatuated with the Beatles and the Psychedelic Underground music scene in L.A. Then, he saw this all-female band, The Bangles, perform and he was smitten with one of their members, the very attractive (though they all are attractive!) Susanna Hoffs. So, he wrote this paisley-tinted power pop gem for the band generally and Hoffs specifically. Well, the band re-did the whole song, since they are a musically talented band, and had their first huge hit. A side note: I remember telling my wife at the time that “Manic Monday” sounded like Prince wrote it. So, we purchased the album, and I looked at the credits. In the credits, it said that the song was written by a songwriter named “Christopher”. A short time later, Prince released his flop of a movie called Under a Cherry Moon, in which he played a character by the name of “Christopher Tracey.” Lo and behold, I had my evidence. Prince wrote the song under his new pseudonym.

1. “Nothing Compares 2 U” – Sinéad O’Connor (1990) I Do Not Want What I Haven’t Got. Back in 1985, The Family recorded a paisley-covered version of this song that seemed to lack some soul. Along comes Miss O’Connor, who stripped the song down to it’s bare essence and discovered the pain in the lyrics. Then, she created that compelling video during which she had a tear stream down her face that only enhanced the emotional content of the lyrics. Even though Miss O’Connor knocked this song out of the park with her talent, she lost her confidence in the aftermath of her appearance on SNL where she tore up a photograph of the Pope. I think we lost a true talent in the aftermath of her own personal protest against the Catholic church for covering up the children being sexually abused. No one gave her credit for being correct when a decade later the Boston Globe‘s investigation blew the walls down on that cover up. Maybe O’Connor deserves some credit in retrospect.

Whew! I think I have finally put Prince’s career into perspective. I am ready to move on and get back on track with more music and the memories that go with them. Viva le Prince!