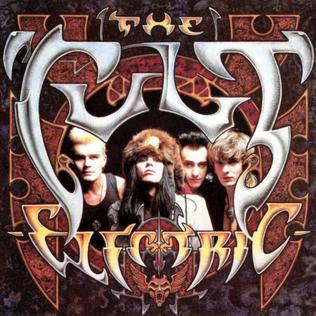 Earlier today, while taking the dogs on one of our very short walks, something in the air made me have a flashback to the Spring of 1987. I’m not sure what it was, the smell of clean country air, the tinge of above normal warmth, whatever it was, I was being reminded of that Spring when my oldest was just getting closer to his second birthday. That was the first Spring we had spent in Oxford, Ohio. That was the Spring in which our silver 1975 Mercury Monarch threw a rod in the engine and was pronounced dead at one-in-the-morning on the “south side” of Oxford, like there is such a thing.

I was on my way home from working down in Cincinnati at Good Samaritan Hospital second shift in the lab’s Hematology Department, so that is why I was out so late. My car broke down right outside the drive-through liquor store in town. Fortunately for me, a friend of mine who worked at the town’s hospital, McCullough-Hyde Hospital, pulled out of the liquor store and was able to drive me home. Right before the car died, the last song I heard on the Oxford FM radio station, WOXY (also known as 97-X) had been playing the final few seconds of The Cult’s great goth-metal hit “Love Removal Machine”. I’m not kidding! All of that came rushing back to me on my morning walk with my Shih-Tzus. 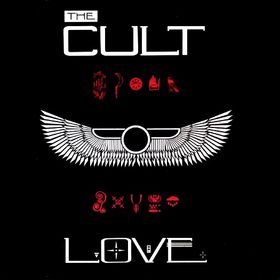 So, since I had a yearning to hear that particular song by The Cult, I decided to first play the first song that exposed me to the music of The Cult, called “She Sells Sanctuary”. During the Summer of 1985, you could not go up to Muncie and not hear that song at the bars and clubs in and around campus. But, that specific song, as well as the rest of the album from which it comes, Love, was a Gothic, new wave-ish, mid-80s acid-dripping psychedelia with a hint of some hard rock found underneath the production layers for goo measure. Plus, you could dance to it! So, I bought the album after we moved to Oxford, since they had quite possibly the great new/used record store.

After we got another car (a gold 1978 Malibu Classic, that had a 350 V-8 engine and the catalytic converter removed – that nugget was for you Mark Kline!) from my wife’s cousin who loved to work on and race cars, I decided I needed to get The Cult’s new album, Electric, since the old car died while playing a cut from this very album. What I first noticed before ever playing the record was that it was produced by Rick Rubin. Yes, that very Rick Rubin who had just was receiving kudos for his production work on two hip hop classics, Run-DMC’s Raising Hell and the Beastie Boys’ Licensed to Ill, in addition to thrash metal’s up-and-coming band Slayer’s classic metal album Reign in Blood. Even though I loved the new song’s Led Zeppelin-channeled-through-AC/DC sound, I had no idea what to expect from Rubin’s influence. Would their music now have hip hop beats and Slayer solos or what? What I heard was the beginning of Rubin’s production genius. 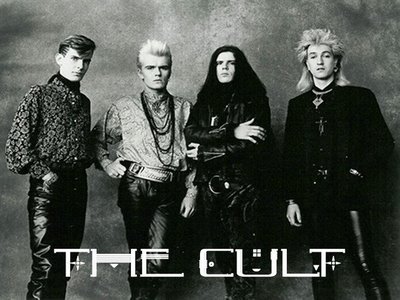 When Rubin produces an artist, be it Run-DMC, the Red Hot Chili Peppers or Johnny Cash, Rubin lets the artist be true to the artist, without using any trendy embellishments. So, upon first listen to The Cult’s Electric album, I could finally hear lead singer Ian Astbury’s Jim Morrison-influenced vocals and his goth lyrics about red witches and “the zany antics of the beat generation”. Also, I could finally hear a real living-and-breathing rhythm section holding down a hard rock-yet-dance able beat. Finally, I could hear Billy Duffy’s limited-yet-distinctive guitar solos wail instead of drone, like they did on the Love album.

No, this was not really that Gothic post-punk group any more. In it’s place was an alternative-based hard rock band that was equal parts Siouxsie & the Banshees, Billy Idol and AC/DC. What we heard on this album was not another Poison or Bon Jovi. What we heard was something new, something that, in hindsight, influenced up-and-coming bands like Jane’s Addiction, or set the stage for the whole 90s grunge sound (just ask Soundgarden, Smashing Pumpkins, Pearl Jam or Alice in Chains!), or even mentored a young band that opened for The Cult on their 1987 Electric tour called Guns N’ Roses. Hell, GNR even went so far as to cop The Cult’s drummer Matt Sorum after GNR fired Steven Adler. So, tell me this album is not important in the annals of rock history? 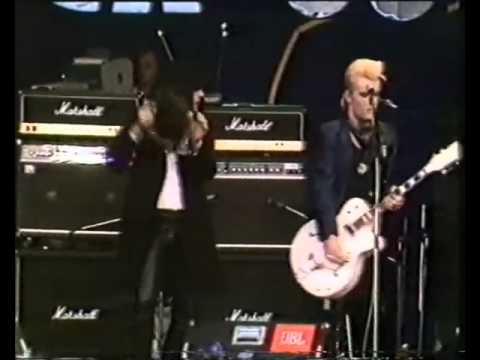 Electric rocked from the opening song “Wild Flower” right to the ending song “Memphis Hip Shake”. No longer did hard rock or metal have to be solely about partying or chasing girls, or whatever. The Cult introduced some intelligence into the genre that made it okay for the outcast nerds to actually have some music to rock to, without feeling like they need to lower their IQs by 100 points. Heck, The Cult even brought the 60s hard rock anthem “Born to Be Wild” back to relevancy in the Party Decade of the Eighties.

Still, to this day, there are very few hard rock songs like “Love Removal Machine”. Few songs ever took hold of a campus like that song did at Miami University in Oxford, Ohio. On those unseasonably warm Spring days of 1987, you could hear that tune blaring out of car windows, on the Quad while undergrads played Frisbee, out of the front doors of the frat and sorority houses and on the boombox of some older guys playing basketball in the ancient gymnasium on the Miami campus. Even though my family still had not added Seth to the mix at this point, life was pretty good.