Way back in 1987 (it seems so strange to be saying that), a little band from Athens, Georgia, was about to make the transition from cult band to headlining superstar band when they decided to take an offer from a fading yet still cynical singer/songwriter from the Seventies to be his studio backing band as he recorded he comeback album. This match-up between a great up-and-coming band and a critically-acclaimed songwriter ended up a match in heaven. The proof is called Sentimental Hygiene, that the great Warren Zevon release in 1987 to great fanfare still his backing band was none other than R.E.M. whose Document album was burning up the pop charts since it contained the band’s first Top 10 hit (“The One I Loved”) and an eternally great song (“It’s the End of the World As We Know (And I Feel Fine)”).

The Warren Zevon album was his best since his 1978 Excitable Boy album that contained one of the all-time great songs, “Werewolves of London”. At the time, Zevon was one of the few singer/songwriters from the Seventies that was held in high respect by the young alternative bands that were coming into prominence at the time. Now, the greatest young band at the time was helping their hero in his comeback. And, for Zevon, this album was a big comeback. 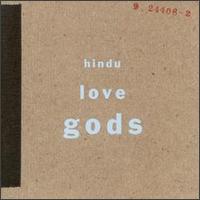 Zevon’s music is rarely going to be commercial, especially in his hands. But, Sentimental Hygiene was a critical and commercial success. The album was an artistic success as well. During the recording sessions for Zevon’s album, the group created several other songs in that relaxed yet creative environment. Word at the time was that the unreleased music was some of the musicians finest record songs in both of their careers. One song in particular, a cover of Prince’s “Raspberry Beret” was making it’s way through the bootleg collector’s netherworld. Such was the demand for this long-rumored treasure trove of great music was finally released under the group name the Hindu Love Gods. The album was an eponymous titled album and was one of the rare bootleg albums that truly lived up to its reputation. As a matter of fact, there were two super popular bootlegs from that year: Hindu Love Gods and Prince’s The Black Album. Who knew that Prince was going to play a role in both albums.

To me, there is nothing like hearing Zevon, while being backed by a great rock band like R.E.M., while singing in his own acerbic manner “Raspberry Beret”. The rest of the songs were all blues and folk standards, so that’s what made their version of “Raspberry Beret” so stark. The artists had found the underlying blues within Prince’s dance/pop classic. Their version of the song seems just like another blues standard in their hands. Yes, this song is truly great in that it holds up as a great song in either version.

So, if you are seeking out more music to give you a more historically accurate view of the music of the Eighties, Hindu Love Gods will help you expand that vision beyond what’s heard on the radio. Music like this is the true alternative music, not “Video Killed the Radio Star” or “I Melt with You”.