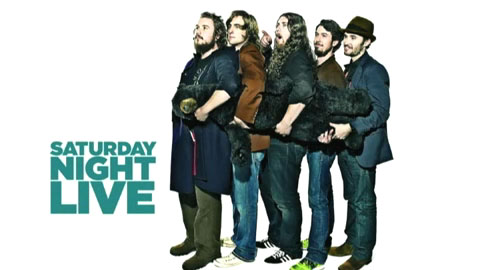 As I was coming to the decision to retire from coaching forever, I discovered a new musical group that helped me through that time. The band I discovered was My Morning Jacket, a Louisville, Kentucky based jam band whose third album, Z, had just been released. As I listened to that album, I came away convinced that this band could be the worthy heir to the mantle vacated by my beloved The Band way back in 1977 when they called it quits. So, I was very excited to hear MMJ’s next album. 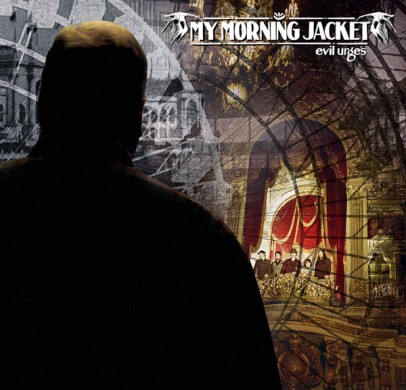 Early in the Summer of 2008, my MMJ wish came true, as they released their fourth album, Evil Urges. But, I was not prepared for what I was about to hear. In place of the Americana-ish sound of Z, I was hearing a band attempting to incorporated more R&B touches to their sound. Here I was, in 2008, listening to an actual band that could play their instruments challenging the notion of their sound through some expansion of it.

In the past, where the band would lean on a Lynyrd Skynyrd-type jam sound, now I was hearing a sprinkling of late-Eighties Prince here and a touch of current EDM there. In other words, I felt I was listening to one of the greatest albums of all-time. The problem is that all of the greatest albums of all-time, except for maybe Radiohead’s Kid A, is anchored by one great single. Well, MMJ’s Evil Urges has that in spades with “I’m Amazed”. To this day, the song remains one of my eternal favorites. “I’m Amazed” has a nice little groove to it, but, in the middle, the band unleashes a hot guitar solo, followed by a nod to the Seventies with a near ending that undoubtedly would leave the band room to jam. It is a progressive song that has its feet firmly stuck in the Seventies roots of the Eagles.

But, “I’m Amazed” is not the only great song on the album. No, the very next song on the album, “Thank You Too!”, is a ballad that reminds me of those yearning ballads from the mid-Seventies that made you wish you were slow dancing with that special someone. The music has a natural sway to it, much like the dancing you can picture yourself doing in the summer during your teens.

Two other songs stand out to me, “Sec Walking” and “Librarian”, either of which would make for fantastic Daryl Hall & John Oates Seventies songs. But keep in mind, where Hall & Oates would tighten the songs into pop perfection, MMJ have left space for either song to be developed into jam band grounds.

Evil Urges made me a fan of My Morning Jacket. Unfortunately, the band has moved on from their R&B experimentation. If I could compare this album to another band’s album, it would have to be Queen’s Hot Space, in that both bands used these albums to successfully incorporate R&B into their sound. In both cases, I loved the outcomes.

My Morning Jacket will continue to be one of America’s great bands of the 21st century. But, I feel like that should not have left that R&B-thing behind so quickly. To these ears, My Morning Jacket’s masterpiece is Evil Urges.