Since first visiting the Rock & Roll Hall of Fame in the Summer of 2001, I have always been excited about two days. The first day is when the RRHOF announces their nominees list, which traditionally has included 15 artists, though some years, like this year, have more. The second day is the day in December when they announce the five to seven artists who are being inducted during the ceremonies being held in the spring of the following year. Today was the day of the announcement, and the Class of 2017 includes Pearl Jam, Tupac, Joan Baez, Journey, Electric Light Orchestra and Yes. Also being inducted for Musical Excellence is guitarist and über- producer Nile Rodgers of Chic.

Now, upon first glance, the Class of 2017 is a pretty good selection, except, once again, the class is a little white for my liking. All of the inductees are deserving. Pearl Jam continues to be the biggest band to come out of the Nineties grunge scene. And, most of us recognize the brilliance of the ultimate short career of Tupac Shakur; the man had a beautiful to sound both hard and tender at the same time. Then, many of you will recognize the great folk artist Joan Baez and wonder why she had not been inducted yet? She is much more the artist than an answer to the trivia question, “Which artist played at both Woodstock and Live Aid?” 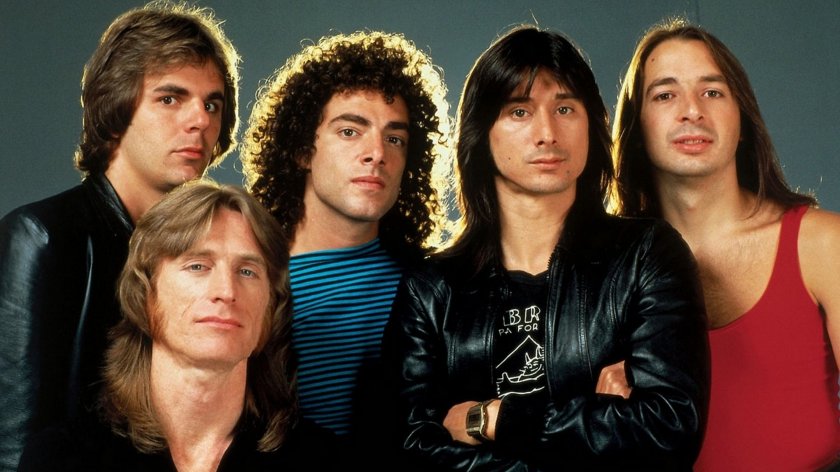 Then, there’s the Classic Rock artists from my youth: ELO, Journey and Yes. All of them have been deserving this honor for a very long time. All three of them have proven their variations on rock have worn nicely over the years, with Journey actually continuing to sell downloads of their 1981 hit song “Don’t Stop Believin'”. ELO’s mastermind, Jeff Lynne, also made a name for himself as an in-demand producer for big hit albums by George Harrison, Tom Petty (with and without the Heartbreakers) and the Traveling Wilburys, of which he was also a member and the last one to be inducted. Finally, Yes was big in the early Seventies with hits like “Roundabout” and “All Good People”, but ultimately went through several line-up changes until their big comeback album released in 1983 called 90125, which contained their only number one hit “Owner of a Lonely Heart”.

But, the one choice for induction that has me perplexed is Nile Rodgers. Guitarist Rodgers and bassist Bernard Edwards, himself an in-demand producer throughout the Eighties, masterminded the greatest disco/funk/jazz fusion band of all time. The two decided they would start a sophisticated band with female singers who would exploit the dance floors with smart music coupled with lyrics with double meanings. And, they named this band, who I felt was something of a Steely Dan for the dance clubs Chic. So, the infinite wisdom of the Induction Committee decided that instead of honoring the whole band Chic, who without Edwards would not have been as dance heavy, and signaled out Rodgers for induction. Shame on you RRHOF! Shame on you!!! This is uncalled for. You would have NEVER inducted Donald Fagen without Walter Becker! No, you inducted the two of them together as Steely Dan. Now, you are splitting up one of more dynamic teams in all of rock history like this? I am dismayed! C’mon RRHOF and right this wrong! Put in the whole band Chic and end this humiliating 11-year snubbing of the band.

Next on my list is yet another snubbing of the great Janet Jackson. Sure, she sounded like she were fronting The Time, and that’s because she almost was, but she made that music come alive like no one could, not even the great Morris Day. So, RRHOF, are you afraid to induct an Eighties pop diva? Or, could we be witnessing some unwitting racism? I prefer to think it’s the former, but remember that Madonna and Donna Summer are both in, so Miss Jackson is deserving.

My third beef with this year’s class has to do with The Cars. They single-handedly fuse Classic Rock with New Wave and turned it into multi-platinum sales. Why in God’s name are they being overlooked again? This is ridiculous. I’d much rather go to their concerts when they weren’t speaking to the crowds or each other rather than sitting through a half-hour rendition of “Roundabout”. While I do admire the musicianship of the members of Yes, I’m more of a “don’t bore us, get to the chorus” guy, and The Cars filled that nicely.

Then, as I agree with Eddie Trunk, we are missing too many heavy metal artists in the Hall. Let’s sound off with Judas Priest, Iron Maiden, Def Leppard, Bon Jovi, Motörhead and, when I’m in a good mood, Mötley Crüe. And, I know how the metalheads out there just love the late Ronnie James Dio, he will NOT get in. Although he had perhaps the greatest metal vocals of all time, the bands he was in, Rainbow, Dio and Black Sabbath/Heaven & Hell are not worthy for the Hall. You see, he was not inducted with Sabbath because the RRHOF only inducted the original line-up, although the Dio-led version of the band did revive the Sabbath brand for a couple of years. In other words, if Dio would have gotten inducted it would have been with Sabbath. Unfortunately, the Hall said, “No!” to Dio.

Finally, when is the RRHOF going to begin honoring those Eighties alternative bands from both the USA and the UK. Seriously, Eighties rock would have been solely hair metal if it weren’t for Kraftwerk, Joy Division/New Order, The Smiths, The Cure, Hüsker Dü, Replacements, Pixies, Devo, Depeche Mode, Black Flag, Dead Kennedys, Jane’s Addiction and the rest. If it wasn’t for these bands, I know I would not have had much of a musical voice speaking for me.

So, RRHOF, let’s cut down on the Classic Rock inductees, and begin inducting more black, hip hop and alternative bands. You’ve got to diversify the Hall to better reflect all of the influences on this music form we love. In the words of The Who, “Long Live Rock!”