I am a very fortunate man. During my 53 years on Earth, I have been able to see many of my musical heroes live in concert. Now, let me just say that I have been a very frugal concert goer. I know I have been to over 50 concerts, but I would rather spend my money on the physical music created by artists. Back when I was younger, concert tickets were not as nearly as expensive as they currently are today. For example, I have seen Tom Petty & the Heartbreakers, one of my most very favorite artists of all-time, three times. In the Summer of 1981, I paid the then high ticket price of $12 to see Tom and the band. The venue, the old Market Square Arena, long since demolished but the sight of Elvis Presley’s last concert, in Indianapolis was only half full (I could not see him the year before because he came to Indy during basketball season). Yet, I never experienced a performance like Petty & the Heartbreakers gave us that night in August. He simply came out, took the audience by our collective throats and pummeled us with a set that consisted mainly of tunes from his first four albums, all of which I owned at the time.

The next time I saw Petty was at the end of my sophomore year in college in the Spring of 1983. The band was touring behind the sub-par, for him at least, Long After Dark album. But, this time, he and his band performed a much tamer and professional set. Gone were much of the athletic moves of sliding and running around the stage, only to be replaced by more of an emphasis on the band’s musicianship. While I LOVED that first concert, I was blown away this time by the way they sounded. In retrospect, I was witnessing Tom Petty & the Heartbreakers transitioning from the take-no-prisoners antics of young artists into a band that could control an audience strictly through their playing and musical interactions. FYI: My ticket set me back $15.

Finally, after the band played the Super Bowl half-time show in 2009, my family bought $125 tickets for me to see the Heartbreakers once again. At the time they had nearly 35 years worth of grade A material and performance experience. Now, as elder statesmen of rock music and all that is right with that genre of music, they had learned how to hold the audience in their collective palms and slay us with some terrific performances of their music.

Today, it is widely accepted that Petty & the Heartbreakers are one of rock music’s true treasures, both with their studio integrity and the live performances. Personally, I own nearly everything that he has released as the leader of the Heartbreakers, solo, as the youngest brother in the Traveling Wilburys and as member of his reformed original group Mudcrutch. I personally cannot believe his growth as a songwriter, but the band never produced a live document of their live prowess on vinyl or CD. That is, until the Winter of 2009, when the band dropped on us a huge box set entitled Live Anthology. This set included 5 CDs of music, a Blu Ray copy of those five discs, a copy of his Official Live ‘Leg (originally released in 1978) on vinyl, a DVD of his New Year’s Eve concert back in 1979 as the new decade dawned, AND a DVD documentary about the band. Unfortunately, the huge set is the ONLY way to experience the band because Petty and guitarist Mike Campbell listened to thousands of hours of concert tapes throughout the WHOLE career of the band to determine what songs (and versions) would be included. Then, the two went out of their way to engineer the audience sounds so they would segue beautifully to make it sound like one huge concert. This is THE way to experience the band in their natural live setting.

Now, in 1985, the band released Pack Up the Plantation – Live!, but it sounded lackluster, even as Petty and Campbell were making their first attempt at a live version of the band over the years as opposed to the band during a concert or tour. Then, to celebrate Record Store Day 2011, Petty & the Heartbreakers released a special seven-song EP of live performances of some of their songs from their new album called MOJO. The EP is called Kiss My Amps and is a very good document/souvenir of new songs performed live. 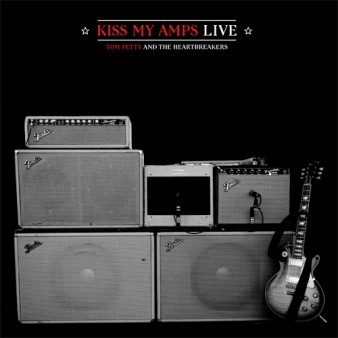 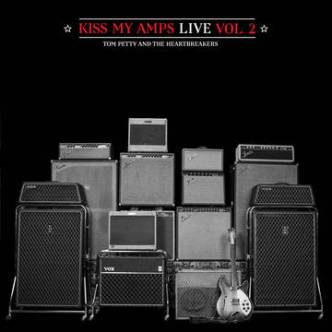 Since Petty has been a consistent participant with Record Store Days through the years, he released Kiss My Amps Volume 2, an ten-song LP of music recorded during the tour supporting their most recent album, Hypnotic Eye. While these are great recordings of live versions of many new songs, they hold seem like an addendum to the Live Anthology.

Honestly, you cannot go wrong with a live album by Tom Petty & the Heartbreakers. But, if you want the best document of their prowess as a live artist, then I advise you to save your pennies in order to purchase the deluxe version of Live Anthology. However, if you want something cheaper, there is a two-disc distillation of the deluxe Live Anthology box that contains all of their big songs and best performances. Then, I would look to find the vinyl-only versions of the Kiss My Amps special issues. Personally, I would save Pack Up the Plantation – Live! for desperation, though it is still a very good live document of the band. Still, there is very little musically better than seeing this band in its natural environment, live on stage. Unfortunately, I have been reading that this upcoming concert may be the band’s last tour ever. I pray that is not true.