Yesterday was pain pump refill day. The procedure itself is not too bad, but the total time of the trip is dependent upon how quickly Dr. D is taking to refill those patients in front of me on the schedule, which there were only two. But, he told me the first patient was difficult for him to “hit” the small port on her. Yet, he still got the jump done, as well as another man’s and my pump. So, after an hour of “sitting”, more like pacing, in my room, it was time for the return trip to Pendleton, so my wife can get on with her day, and I can adjust to the dosage change.

Anyway, I suffer from ADHD, which might not be a surprise at all to my friends, family and former students and athletes. That condition may have been the basis of my success as a track coach, which I always likened that coaching job to being the ringmaster of a circus. So, it will affect my music tastes from moment to moment. Let’s see, just two weeks ago I was all about rap music, and thinking, “Screw rock music!” Now, I went through a quick run on arena rock, which no longer takes too long since I’ve been in a relationship with that type of music for 41 years. Anyway, today, I dip my toes into some of the music that was a reaction against many of the arena rock bands and their influential groups, like the Zep, The Who and all of the others that were popular in the mid-70s in the US.

In 1976, we began to hear records from the punk bands who had been playing at the CBGB’s leading up to their signings. In 1975, Patti Smith started things off with the released of her Horses album, followed by the eponymous titled Ramones debut album and by the poppier band on that scene, Blondie, with their self-titled debut LP. And, we were off to the races with the largest, most influential music scene of the mid-70s through the early 80s. Ironically, the band that was considered by those of the NYC punk scene thought Blondie was the weakest band, but they proved to be the most successful.

Today, I present to you my Top 20 Favorite Songs by Blondie or Debbie Harry. Here’s a toast to the kitschy pop/rock that Blondie, and more specifically Deborah Harry, created. Dare I say that Deborah Harry paved the way for Madonna, Janet Jackson and all of the posers from the late 80s onward? Lady Gaga definitely carries Harry’s DNA.

19. “I Want That Man” (1989 – Def, Dumb & Blonde). This cut of late-80s electronic dance music from Harry’s third solo album displays her ability to sound natural all forms of music.

18. “The Hardest Part” (1979 – Eat to the Beat). Just when you think Blondie has forgotten their punk roots, they release this song on their fourth album.

17. “Sunday Girl” (1978 – Parallel Lines). The thing that made Blondie so intriguing was their love of early-60s girl groups like the Ronettes and the Shangri-La’s. This song in particular conjures up memories of that era.

16. “(I’m Always Touched by Your) Presence Dear” (1977 – Plastic Letters). I have always been attracted to this song, but I’m not sure why. Is it a straight up love song, or, more disturbingly, is it a stalker song? Either way, it’s still a great 60s girl group pastiche.

15. “Rip Her to Shreds” (1976 – Blondie). Yet another song that Blondie perfected early on that can be taken successfully on many different levels.

14. “Feel the Spin” (1985 – Krush Groove OST). Blondie was well-respected in the NYC underground art scene. The band shared a mutual respect with the rap artists of the era. Thus, here is a Deborah Harry solo track of electronic funk placed in the middle of a hip hop soundtrack album. And, her song fits in perfectly. No surprise there!

13. “French Kissin'” (1986 – Rockbird). This solo Debbie song would have been better served by a Blondie reunion. Regardless, it’s a fantastic song.

12. “Island of Lost Souls” (1982 – The Hunter). This song comes from the last album Blondie would record for another 17 years. This arrived just as MTV was hitting the Midwest, so the song could have had been a bigger hit if they had recorded a more charming video. However, the tensions within the band, along with guitarist, and Debbie’s long-time boyfriend, Chris Stein’s poor health made this a swansong of sorts. Still, I loved the Caribbean touch.

11. “Maria” (1999 – No Exit). THE comeback! Too bad the USA did not warm up to it because the public missed out on a genuinely great pop song. The more brilliant people of the UK sent the song to Number One on their pop chart. 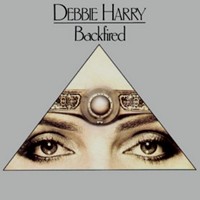 9. “Backfired” (1981 – Koo Koo). The first song from Harry’s first album that was produced by the Chic Organization (Nile Rodgers AND Bernard Edwards, the capitalized “AND” is for the Rock & Roll Hall of Fame that Chic was more than Rodgers!). When Harry goes flat-out disco, she is at her best. 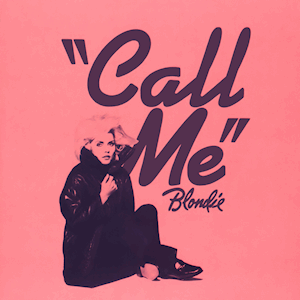 8. “Call Me” (1980 – American Gigolo OST). This was the song that dominated radio in central Indiana, so I kind of forgot what a great song this was, and what a great producer Giorgio Moroder was for Blondie, though I have heard this was more of a Debbie Harry solo project than a Blondie song. This may have been the straw that broke up the band. 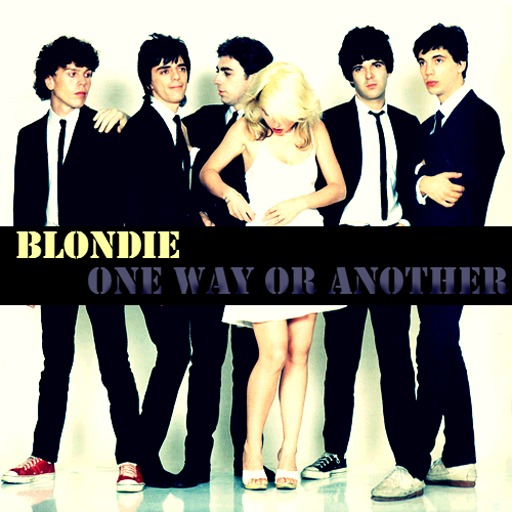 6. “Union City Blue” (1979 – Eat to the Beat). I never understood why the singles off this album never took off. This song is another great rocker that the band killed on Saturday Night Live during the season premiere of that ill-fate fifth season during 1979-80.

5. “Hanging on the Telephone” (1978 – Parallel Lines). Did you know this song is a remake of a song by the short-lived power pop band The Nerves. In Blondie’s hands, it goes from a sugary power pop song into a muscular, full-blown rocking classic. 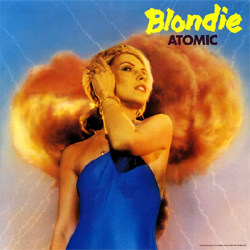 3. “Atomic” (1979 – Eat to the Beat). Identity crisis in the band? After the success of their ironic disco song, “Heart of Glass”, the year before, some band members began to flex their love of dancing music (Harry, Stein and drummer Clem Burke).

2. “Heart of Glass” (1978 – Parallel Lines). The song that blew the band wide open to the world began as a humble song of irony entitled “The Disco Song”. Producer Mike Chapman loved the song so much that he convinced the band to cut it for real. And the rest, they say, is history. 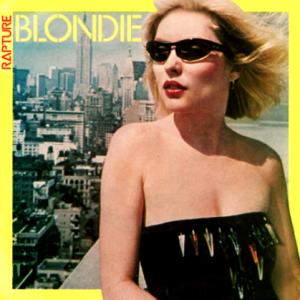 1. “Rapture” (1980 – Autoamerican). I honestly have loved this song from the beginning and have never gotten enough of it. I don’t know, but when the rap starts, I’m hooked. 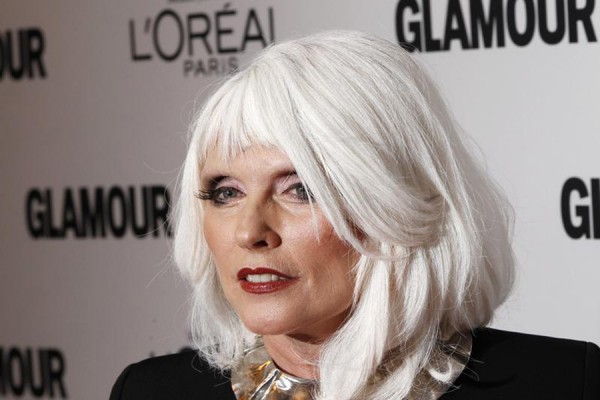 That’s my salute to Blondie and their lead singer, the incomparable Deborah Harry. Long live Blondie!