Finally! We are into what I call the Casey Kasem zone – The Top 40 of my list. After hemming and hawing for the past couple of months I have decided that enough was enough and that I was going to stick with it. Like I have said earlier, on other day, this countdown might have been rearranged, yet the basic group of songs would have remain.

Now, since we are dealing with songs that were mostly released between 1976 and 1985, the songs are often intertwined in our collective memories as music videos. Both MTV and New Wave artists had a symbiotic relationship. The only thing is that MTV, much like radio before it, did not “have time” for the “old music” after a video fell out of rotation. Still, those songs, and their videos, are stuck in many of our mind’s eye. We remember the matching red leather suits of The Romantics, the cow in the business room in the “Sweet Dreams” video, in addition to many other visual ques.

Once again, it is time for the countdown, numbers 31 through 40.

40. The Cult – “Love Removal Machine” (1986). The Cult were attempting to beef up their guitar sound in an effort to straddle the rock, metal and goth worlds when they released this classic slice of New Wave metal. 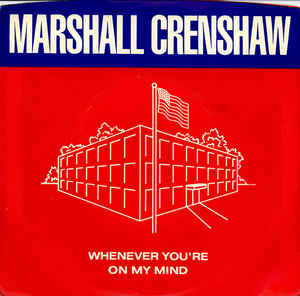 39. Marshall Crenshaw – “Whenever You’re on My Mind” (1983). I have loved Crenshaw from the moment I read a Rolling Stone review of his eponymous titled debut album the previous year. At the time, I was putting him near Elvis Costello when it came to songwriting. Though Crenshaw moved away from the pure pop new wave sound, his songwriting has struck a level of maturity that was totally unexpected at the time. Still, this song is power pop heaven.

38. The Police – “Every Breath You Take” (1983). Most people still think this is a sweet song about a loving couple. Those people have not carefully read the lyrics. The song is the greatest stalker song of all time. Who knew The Police would create such an immaculate piece of work?

36. Camper Van Beethoven – “Take the Skinheads Bowling” (1985). When my older son first heard this song as a toddler, he fell in love with the simple melody and funny lyrics, even though I am certain he did not know what a skinhead was. Then again, that’s the beauty of CVB’s music, simplicity with some lyrical humor sprinkled in for fun.

35. R.E.M. – “Superman” (1986). Here is one of the first cover songs that R.E.M. ever placed on one of their albums. And, it allowed the world to see the band was not just a bunch of former art students who were overly serious. Plus, the song shows just how important bubblegum and glam musics were to new wave. And, yes, Son #1 loved it.

34. The Cure – “Just like Heaven” (1987). Yes, The Cure could show their sunshiny, power pop side that was always lurking underneath the mopey facade the band had been using since its inception. And, after you got over the shock, you realized that The Cure consists of really happy people. 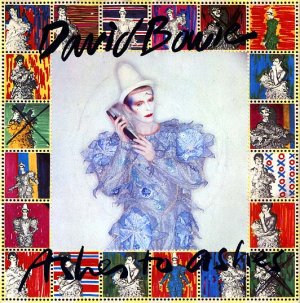 33. David Bowie – “Ashes to Ashes” (1980). Here we are again, the godfather of New Wave offers this moody follow-up on the antics of “A Space Oddity” Major Tom. Then, throw in the groundbreaking surrealism of the video, which casts future MTV VJ Alan Hunter in a “dancing” role.

32. Eurythmics – “Sweet Dreams (Are Made of This)” (1983). The 80s were all about androgyny, but the Eurythmics turned the theme upside down by having the female singer with the golden soulful pipes sporting the androgynous look. The video still looks good, with the cows in the boardroom. That’s an artistic statement which remains true today.

31. The Romantics – “What I Like About You” (1980). This is not only one of the greatest power pop songs of all time, it’s simply an all-time great song. It has energy, power, crunching guitars, a singing drummer and a harmonica solo. What more could you ask for? Throw in four guys from Detroit in matching red leather suits, and you have a visual for the ages to go with one of the most energetic songs of the 80s.

Ten more songs down with 30 to go! This has been a fun countdown so far. Can’t wait for you to see the songs in My Top 30, though some of you might be able to guess them. Long live New Wave!