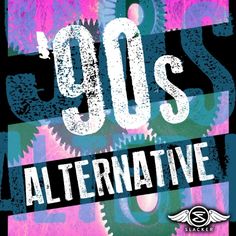 Have you guys seen NatGeo’s little mini-series documentaries about the decades of the Seventies, Eighties and Nineties? They are all pretty good, but I always felt as though the series covering the Nineties had the best subtitle, The Nineties: The Last Great Decade. They may have been right. At least, it may have been for music.

During the Nineties, music was exploding all over. The music industry was raking in the big bucks from the sales of CDs, which where pennies to make but sold for $12-15. So, the artists were signing huge contracts, then going out on the road to make even larger piles of money. Never were rock stars going loom larger than in the Nineties. Then, just as the decade was coming to an end and TRL was breaking boy bands and big-voiced Lolitas, Napster popped the bubble.

Yes, you saw this correctly! “Weird Al” is really in this countdown. This was probably was a lifetime achievement award, but so what! He has been brilliant his whole career. And, what better way to honor Alternative Music than with a polka medley of alternative songs by the master parodist? I could not come up with a better way to get this decade rolling. Until tomorrow, follow the words of the prophet Casey Kasem, “keep your feet on the ground and keep reaching for the stars.”