Well, folks, the little lady and I were spontaneous yesterday. Wait a second! Keep your minds out of the gutter! We had a chance to see U2 play last night, and we took it. And, since Son #1 and his beautiful wife just moved back to the area the last couple of weeks, we took them with us. Unfortunately, Son #2 had to work, and his beautiful finance was tired from her shift at work, so they couldn’t joined us. But, we soldiered on down to Indianapolis to see U2 with guest Beck at Lucas Oil Stadium.

Now, the last time U2 played in Indianapolis was 2001, after the release of their All You Can’t Leave Behind album. And, back in 2011, my gorgeous wife (us Keller men are lucky guys with our women) and I ventured to St. Louis to see U2 at Bush Stadium because my long-time rock buddy Bondo scored some extra tickets for us at the last minute. So, when it comes to U2, we have a history of seeing them on short notice. That concert was the hottest concert, temperature-wise, that I had ever been to. When the opening act, Interpol (whom I love!) took the stage, the temperature was a blistering 99 degrees. And, since it was the Midwest, the humidity had to be 70% or greater. I was absolutely miserable. Yet, by the time U2 took the stage, day had turned to night, so the temperature had dropped to 94 degrees. Still, U2 rose to the occasion and made us forget, for a moment, that the temperature was unbearable. They blasted through all of their hits that left me in awe of their ability to make such a large venue seem intimate.

A little Keller history is needed at this point. First, I have been following U2 from the beginning. I bought Boy, their first album, back in late-1980. As much as I tried, I could not really get any of my high school friends to stop listening to Molly Hatchet long enough to give U2 a spin. I followed their career, buying each album along the way, including changing to CDs when vinyl pressing was temporarily halted. I remember watching MTV during the Spring of 1983 and seeing a young Bono climb the scaffolding on the stage as the band performed at the US Festival that year. Then, the band poised itself for greatness by delivering one of the two best sets at Live Aid (the other was by Queen). 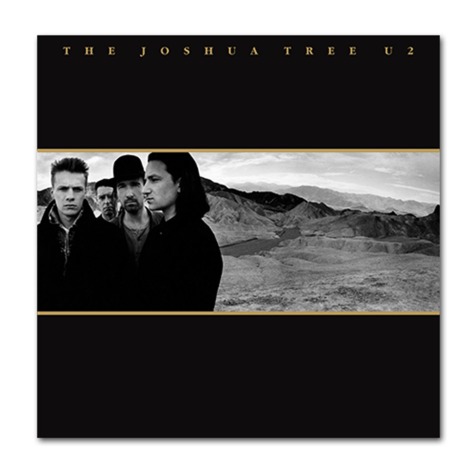 Finally, in the Spring of 1987, an extremely outstanding year for music releases, U2 released their first masterpiece, The Joshua Tree. Back then, I always had Thursday off from my first career as a medical technologist. So, Son #1 (who had yet to turn 2 years old at the time) and I ventured to the independent record store in Oxford, Ohio, to buy that album on release day. When we got to the counter, I plopped my one-and-a-half year-old on the counter, and he said, “New U2, pwease.” The owner laughed and handed him that copy of The Joshua Tree album that I still own to this day. Of course, I paid, and Son #1 carried it home in the car. Then, he reluctantly gave it to me, and we listened to it as we played.

Fast forward to last night. As the four of us walked up to the entrance, I had to go around the X-ray machine since I have two implanted electronic devices in me. I got a quick frisk, we were on our way to our seats. When we arrived, we were amazed by our seats that were cheaply priced due to having an obstructed view of the stage that was actually non-existent. We basically got two hundred dollar seats for thirty dollars a piece! Even though we were essentially a football field away from the stage, our seats were excellent. 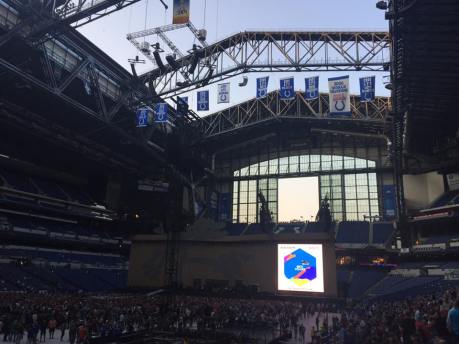 The opening act was Beck, the innovative funk-rock-punk-folkateer who burst into the collective conscience in the first half of the Nineties with the Generation X anthem “Loser”. Now, to be honest, although I had been collecting his electronic files throughout his career, I had only been giving his material a cursory listen. Now, after seeing his stellar opening act last night, I will be spending much time going back through his stuff, so be ready for some blog entries covering this critically acclaimed artist. 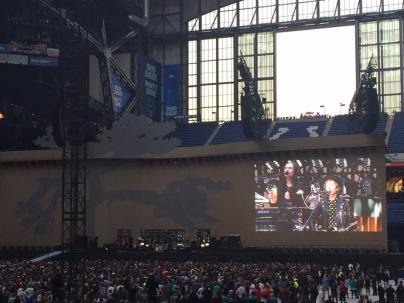 A couple of things about Beck’s performance. First, his touring band is outstanding, especially the rhythm section. But, on the surprising side, Beck had half of Jellyfish’s original lineup in his band: guitarist Jason Falkner and keyboardist Roger Manning Jr. Anyway, the band was hot, tight and diverse in their influences. And, the group brought Beck’s songs to life. My favorite of his set was the funky single that he released a couple of years ago called “Wow”, which is all I could say upon its conclusion. Of course, most of the crowd would have stated that their favorite song was “Loser”. But, since I am a contrarian, I like to find other songs to latch onto, and my pick is “Wow”. Below is Beck’s setlist from last night.

Then, after a quick half-break, U2 took the stage, only they opened their set with four songs performed on a circular extension from the main stage. They opened with their two War album anthems “Sunday Bloody Sunday” and “New Years Day”, followed by “Bad”/”America” and “Pride (In the Name of Love)”. Then, they moved to their main stage  that took up the whole end zone at the other end of the field. Once in place, they performed The Joshua Tree in its entirety in celebration of the album’s thirtieth birthday. The band’s performance of that landmark album was stunning, as well as moving, bringing to life songs that the band had not played in concert before, as well as conjuring new life out of the old horses from that album. Then, after a quick break, U2 returned for a six-song encore that was focused on their 21st century hits, as well as a new song “You’re the Best Thing About Me” from their upcoming new album. To me, the best performance of the night was U2’s rendition of “Red Hill Mining Town”, although “Beautiful Day”, “Where the Streets Have No Name” and “With or Without You” were outstanding as they always are. Take a look at the setlist below. 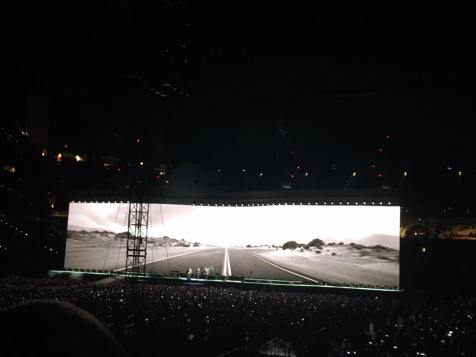 Overall, it was a “Beautiful Day” to spend a night at a concert with most of my family. The night was so beautiful that they even had the roof open at Lucas Oil Stadium, which helped the sound and the ambience of the concert. I really cannot compare the two concerts to each other, since one was focused on the hits while the other celebrated an important album in their career. Thank God we still have U2 to show the world that a rock band can give crowd a transcendent performance. 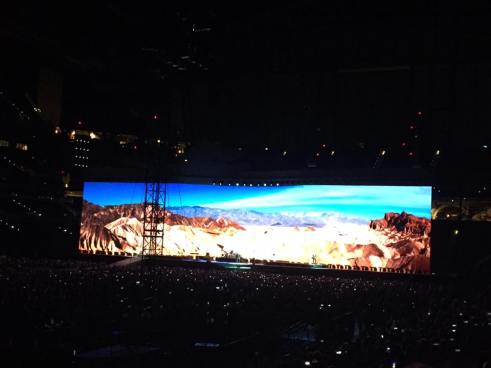