Things like this should not be happening yet. I keep hearing that being in your fifties is the new forties. What does that mean? Seriously, are you kidding me? Personally, I feel every year of my life on Earth, all 54 years of them. For some reason, I have heard that our generation is going to outlive our parents’ generation and all others that came before us. If that were so, then nobody told George Michael or Chris Cornell. And, now, add another name to the Rock and Roll Heaven List, as the former songwriter/drummer/vocalist of seminal eighties hardcore band Hüsker Dü Grant Hart passed away at the age of 56. That’s right, I said 56.

This death has hit me harder than any other rock star since Prince. Why? Well, I discovered Hüsker Dü back in college. They were just beginning to make some noise on the college rock underground scene. Back in 1984, that alternative scene was just beginning, with HD and some other bands leading the way. The other bands included R.E.M., The Replacements, Minutemen, Dead Kennedys, Camper Van Beethoven, Black Flag, X, Fear, Butthole Surfers, Red Hot Chili Peppers, among many other disaffected college students from the beginning of Generation X. Back then, musicians my age either went and bought cases of Aqua Net in order to become a metal artist or began wearing ratty clothing and started playing noise as loud and fast as they could, becoming part of the college rock scene.

Hüsker Dü never scored a Top 40 hit song or album. Yet, they gained a small cult following that has grown over the years. When HD started, they came of the gates playing as loud and fast as they could. Where a song by Ramones would last two-and-a-half minutes, Hüsker Dü would fly through it in a minute, 30 seconds. As the band gained experience, they began incorporating pop melodies deep within their thrashing exterior. By the time I discovered them in 1984, HD released their first masterpiece with the double album, punk rock/thrash rock opera Zen Arcade, which was a coming of age story about a boy who left home and had to face the harsh realities of life of a young adult in the cruel world of Reaganomics. This album put the band on the map.

Then, in 1985, Hüsker Dü had an unparalleled year of creativity not seen since the early Beatles years. HD release not one but two albums of maturing punk music that was short on the thrash but long on the melodies, thanks to songwriters Grant Hart and Bob Mould. These two albums, also considered to be classics are Flip Your Wig and New Day Rising. Additionally, the band recorded and released a classic 7-inch single thrashing punk remake of The Byrds’ classic “Eight Miles High”, with the B-side being a punk cover of theme song of the Mary Tyler Moore Show, “Love Is All Around”. But, once again, the band did not sell. Yet, for me, it was a case of the right band being in the right place for me. There lyrics were challenging as they were barked out by Hart or Mould over a thrashing guitars and a driving rhythm section that was playing at warp speed. Never before had music been so cathartic to me. Their music was like cutting oneself, in that the music was a joyful pain to experience. Plus, all that I was harming was my ears due to the decibel level needed to fully experience Hüsker Dü. 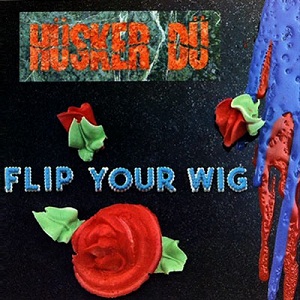 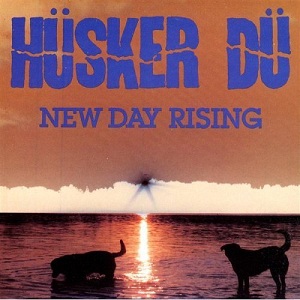 After that explosion of creativity, the band only released two more albums. In 1986, Hüsker Dü released Candy Apple Grey, another aural assault that could take away one’s mental anguish for a moment. That album, while still good, was missing something. At this point, the trio were no longer on the independent label SST but had signed on with Warner Brothers. But, the tensions between the newly clean Bob Mould, who was exerting more of a leadership role, and the mercurial and not-so-clean Grant Hart were increasing so much that quiet bassist Greg Norton began to ignore the others. The guys held it together long enough to record their second double album in three years with the 1987 release Warehouse: Songs and Stories. The new album only added to their impeccable legacy, but the songs were the only way the band was communicating with each other. So, instead of lasting into the grunge and alternative rock era of the Nineties and being widely recognized as the forefathers of the whole scene, the band quietly split, with Mould and Hart pursuing solo careers, and Norton going to chef school. 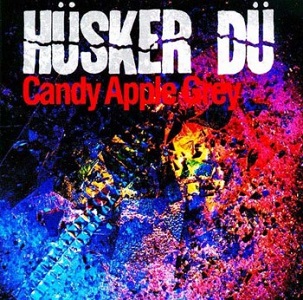 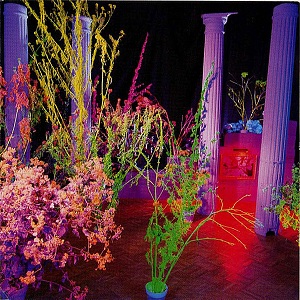 Things have continued to be horrible between the trio that Hüsker Dü’s catalog has been neglected over the years. All of these classic albums of sonic assaults have never been remastered using the latest technologies that could clean up a little of the analog murkiness of the original recordings. So, instead of celebrating the brilliance of this once great band, Hüsker Dü lives in the collective minds of their fans. At least, until recently.

Recently, it was announced that Hüsker Dü would be releasing a long overdue box set covering their whole career. It seem as though the tensions were thawing, leading the band’s fans to wonder if there would be a Hüsker Dü reunion. Unfortunately, it will no longer happen. Grant Hill has left us to wonder what could have been.

I guess what hurts so much is not due to some fanboy’s lost dream of a reunion. No, it’s more of a sad reminder of my own mortality, my lost youth that was not as idyllic as what others may have experienced or thought I was experiencing, and the existing problems between three former friends will never be resolved. On the other hand, Hüsker Dü left us a vital catalog of terrific punk rock that will stand the test of time and will continue to influence new young fans to start bands and make lots of noise. Hopefully, the Rock & Roll Hall of Fame will recognize this band for the foundation they built for the rise of the whole Lollapalooza Nation in the Nineties whose spirit continues to be felt today.

So, here’s to you, Grant Hart! May you finally find the peace that you aggressively searched for through your art. And, may his passing soften the hearts of Bob Mould and Greg Norton so they can come together to polish up their legacy of Hüsker Dü so the world can finally hear how great this band was. Viva Grant Hart! Viva Hüsker Dü!!!