Do you ever get a hankering for Eighties new wave music? If you like me, sometimes that particular genre of rock music just hits the spot like Kentucky Fried Chicken’s chicken nuggets used to do after a night of partying in the Eighties. Believe it or not, we are in the middle of something called the new wave revival, which means they are new artists putting their own 21st century spin on a brand of music associated with the early days of MTV.

Now, if you are a fan of A Flock of Seagulls, Ultravox, The Fixx or any of those other bands that rocked our worlds back during the height of new wave, then you might be interested in this latest so-called “supergroup” that has formed called DREAMCAR. Earlier this Spring, DREAMCAR released their eponymous debut album to some high expectations since the quartet includes the three musicians of No Doubt (bassist Tony Kanal, guitarist Tom Dumont and drummer Adrian Young) along with the lead singer of the California punk/new wave revivalist band AFI, Davey Havok. I got this album in the middle of the summer and have been playing off and on ever since. And the first thing the album does is transport my mind back to my sophomore year in college when it seemed as though new wave was everywhere, on the radio, on MTV, used in TV ads or as TV show themes or in movie soundtracks. 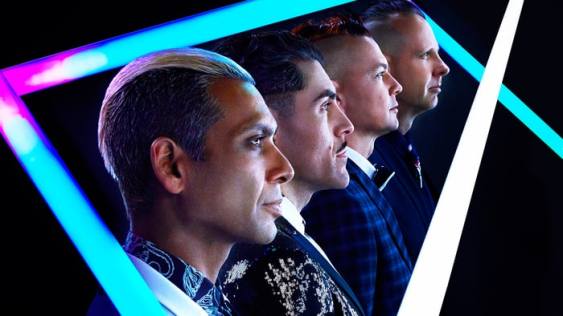 Like I said, this is a new wave revivalist album, so DREAMCAR has taken the sounds on which the foursome was weaned and created something new and fresh. Now, that Eighties-era synthesizer sound and drum machine use have been toned down, with 21st century guitar and vocal treatments ruling the day. But, for some reason the whole thing works.

Now, as you can imagine, a band throwing themselves into this type of music will drawn comparisons to The Killers, The Hives or Franz Ferdinand. Of those three, The Killers work best for me; however, the songwriting is much better and way more consistent than The Killers have been since their first album, Hot Fuss. For me, as an aging Gen X-er who lived through the original new wave era, hears more direct references to the music of yore in DREAMCAR’s music than what The Killers and the others do.

What makes this band’s music more authentic new wave music than other newer bands is that the three musicians from No Doubt came of age playing all of those 80s new wave hits from Duran Duran and ABC to Wall of Voodoo and Modern English. Then, vocalist Davey Havok has a unique set of pipes that allows him to vacillate from sounding like all of those David Bowie/Bryan Ferry imitators that fronted many of those great one-hit wonders from the early Eighties. And, this authenticity is what separates DREAMCAR from the other wannabes out there. 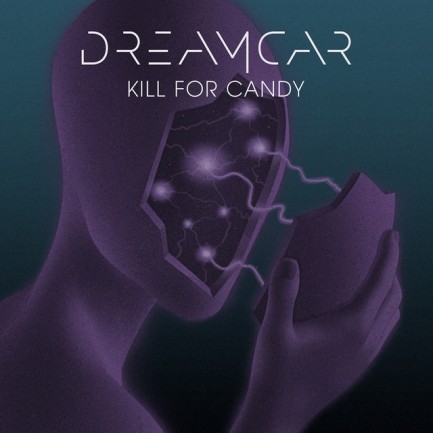 The album kicks off with a song that I swore was The Fixx backing the singer from Planet P Project. The song is “After I Confessed”, and it is a strong way to kick off the album. Now, it’s no “London Calling” or “Welcome to the Working Week”, but it’s better than any of The Fixx’s opening salvos to any album in their catalog. The pay-off comes with the very next song, “Kill for Candy”. This song begins with a guitar lick straight off an Ultravox or A Flock of Seagulls’ album. Plus, the echo used on the lead vocals during the verses totally takes me in the Wayback Machine back to the days when I was just a skinny lad.

And, the Eighties musical references keep running throughout this album, all the while the band makes the whole thing their own. To be honest, I read a couple of reviews of the album before I started this. Most of the time, the young reviewers told the reader that musical starting point with DREAMCAR was The Cars. Sorry, guys, but The Cars are NOT even in the mix. This is a good that makes you hear different musical references all the while they are making their very own, unique musical statement. 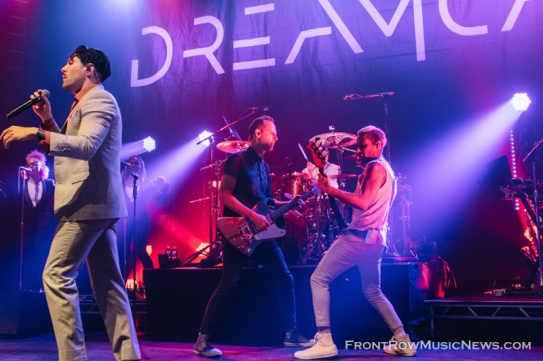 In all honesty, ironically enough, this album reminds of No Doubt’s Tragic Kingdom album from the mid-Nineties that is now considered a masterpiece. I remember listening to it over and over again, just to discover all of their early Eighties musical references while knowing full well that No Doubt was a fully realized band with its own musical vision. Well, the same goes for DREAMCAR the album and band.

Take a listen to the thrilling sound of the band using a Bow Wow Wow/Adam & the Ants-type drumbeat opening to the song “All of the Dead Girls”. Subject matter aside, this song constantly puts a smile on my face, and, if I were able to, I would be dancing through the house as I blared it from my stereo. Even when drummer Adrian Young uses a funky drumbeat straight from the current decade, as in the moody song “Slip on the Moon”, the rest of the band stirs the song back into Eighties anthem mode and makes a stadium anthem out of thin air. Remember, that the current trend in modern music is to make dance music first and rocking out is an afterthought. But, DREAMCAR flips this notion on its head to put rocking out at the forefront of these danceable tunes. 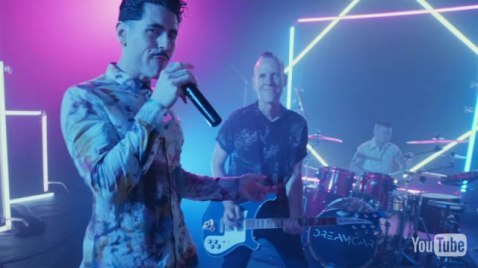 Keep this in mind: DREAMCAR is NO Sha-Na-Na. Sha-Na-Na simply covered Fifties songs and created their own songs like their were written and recorded in the Fifties. Whereas DREAMCAR makes modern music that has Eighties new wave references running through their veins all the while not being an Eighties cover band. This band is for real is all I can say. I hope the members commit more time and energy to this project because it is worth their while. Hey No Doubt guys! Dump Gwen and carry on as DREAMCAR! At least Havok shares your vision for a great band, while Gwen is simply bent on being a celebrity.