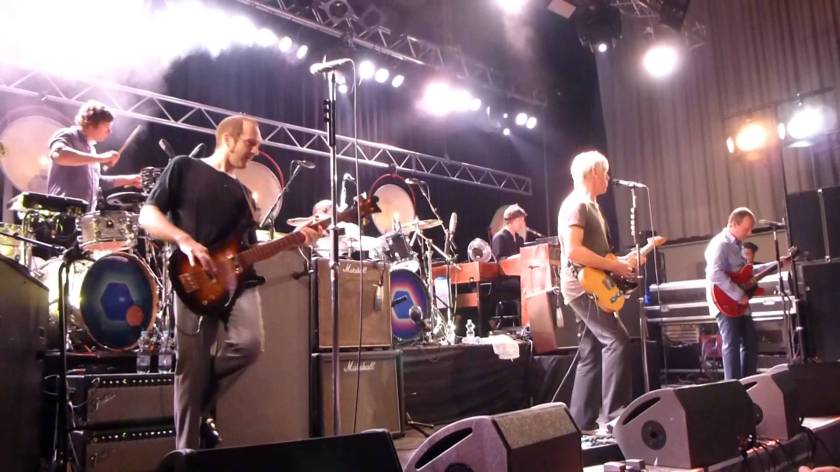 Yesterday, I presented my Top 25 Favorite Songs in the Paul Weller cannon. In retrospect, I probably should have gone all the way and gave him a more appropriate Top 50, but what am I going to do? Probably wait six months to a year or so before revisiting the man and his work.

Yet, today, I still find that I am not done with Paul Weller. Yes, he has garnered all kinds of hit songs over in his native United Kingdom, while here in the States, he has only experienced a small handful of minor hits. And, that is a crime! How is it that such important British artists as Weller, The Smiths, Slade, Status Quo and Stone Roses have had huge careers in their native Great Britain, yet failed to make a significant dent on the charts here in the States? And, these are not the only musicians to fall through the cracks over the years, but they represent some of the more significant UK artists in this situation.

Over the years, I have felt my tastes in music were more akin with the tastes of my English brethren than like my fellow Americans. Plus, I would have better healthcare for much less money if I were living in the United Kingdom. But, I am not, so I will make due by listening to my Paul Weller albums and CDs.

Today, I am going to rank all 35 albums in Paul Weller’s catalog, which includes those he made with The Jam and The Style Council. I have left out all greatest hits packages as well as all box sets. So, that leaves me 35 studio and live albums to rank. So, kick back and enjoy the ride. Let’s find out which albums tend to be on my turntable, in my CD player or playing on my iPod or computer.

So, let’s get this thing started! Start the countdown, for crying out loud!

35. Modernism: A New Decade (2001) – The Style Council. This album was recorded in 1990 and was considered to be so bad that the record company kept it on the shelf for a decade. Once it was released, everyone realized that the company was right.

34. The Cost of Loving (1987) – The Style Council. I was so worried that Weller was losing his songwriting mojo on the last three Style Council albums. Little did I realize that he simply needed to fly out on his own.

32. This Is the Modern World (1977) – The Jam. The Jam’s first LP was so good, that their record company thought it would be a great idea to quickly release a follow-up. Lesson learned? Weller needs time to write great songs, not just good ones.

31. Days of Speed (2001) – Paul Weller. While Weller’s solo career has been vastly more rich than at any other point in his career, there is still an occasional clunker like this one.

28. Here’s Some That Got Away – The Style Council. This album is loaded with brilliant B-sides and other unreleased gems that could have been used to greater effect on some his weaker Style Council albums.

23. The Jam at the BBC (2005) – The Jam. Here in the States, we do not have anything that resembles what the BBC does in England. But, when artists’ performances on the BBC are released, Americans can finally hear what they have been missing and the British take for granted.

22. Live Jam (1993). Finally, the record company discovered the tapes of a live Jam show and released it for all of us to enjoy!

20. Studio 150 (2004) – Paul Weller. This was Weller’s first official covers album. It contains his fantastic version of Sister Sledge’s ballad “Thinking of You”, which was written by Nile Rodgers and Bernard Edwards.

19. Paul Weller – Paul Weller (1992). This is Weller’s solo debut, which shows his full range of influences from the R&B/Soul sounds of Motown, Philadelphia soul and Stax, the sounds of his beloved band Traffic and the same lyrical fury that made his work with his previous two bands so vital.

18. Heliocentric (2000) – Paul Weller. From this point onward, I will be splitting hairs to separate my love of the rest of his albums. It will be difficult to comment on all of them.

17. In the City (1977) – The Jam. This is The Jam’s debut album, and it was the world’s introduction to the songwriting of Paul Weller. Put this one up next to the debuts of The Clash, Sex Pistols and The Damned as the Mount Rushmore of British Punk Debut Albums.

16. Heavy Soul (1997) – Paul Weller. The R&B is turned up and the rock is turned down just to prove that Mr. Weller is in tune with real American music.

15. Wild Wood (1993) – Paul Weller. Most artists would die for a great album like this. But, when taken in the context of his career, unfortunately this album gets ranked low.

14. Introducing the Style Council – The Style Council (1983). I LOVE this EP! Once again, in the context of his whole career, this one ranks lower than it would most other artists’ catalogs.

12. The Gift (1982) – The Jam. This was the swansong of The Jam as a band. But, I love it since you can hear the budding songwriting of Weller that led to the formation of The Style Council. The R&B is turned up, and the punk is toned down.

10. Saturns Pattern (2015). Weller is on such a creative roll right now that I am thoroughly enjoying every album he releases right now.

9. Sound Affects (1980) – The Jam. I cannot begin to tell you how good this album is. Once you get to #29 on this list, I am splitting hairs in an attempt to rank Weller’s albums.

8. Our Favourite Shop (1985) – The Style Council. Here in the States, this album had different versions of songs, was sequenced in a different order and was called Internationalists. 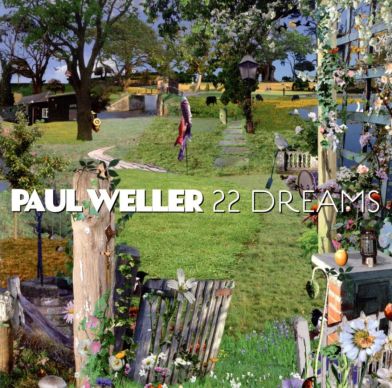 6. 22 Dreams (2008) – Paul Weller. This is Weller’s first, and only, double album in his career, and this thing is a tour de force of an album. This is the sound of a solo Weller truly finding his voice as a songwriter and adult rocker. 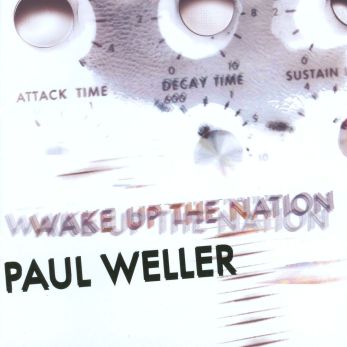 5. Wake Up the Nation (2010) – Paul Weller. I know Weller intended this album for his British crowd, but Americans should listen to it today for the album lyrically talks about the state of our nation today in this age of Trump.

3. Café Bleu (1984) – The Style Council. This is the British version of this album. Personally, if I had ranked the American version of this album, entitled My Ever Changing Moods, I would have ranked it MUCH higher. But, since the record company is ignoring this band’s American versions of their albums, I will rank the English version. And, the English version does NOT have the better versions of the individual songs. 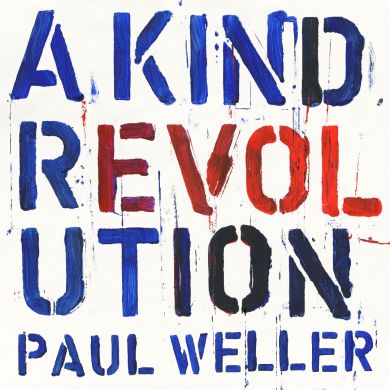 1. A Kind Revolution (2017). Weller has finally outshone all of his previous work with his most recent release!

I finally have ranked one of my favorite artists of all-time! And, boy was I surprised by how things turned out. Weller is truly turning out some his finest music to this very day. I hope that this post will inspire you to check out his music, because if you do not know him you will enjoy him! Peace!