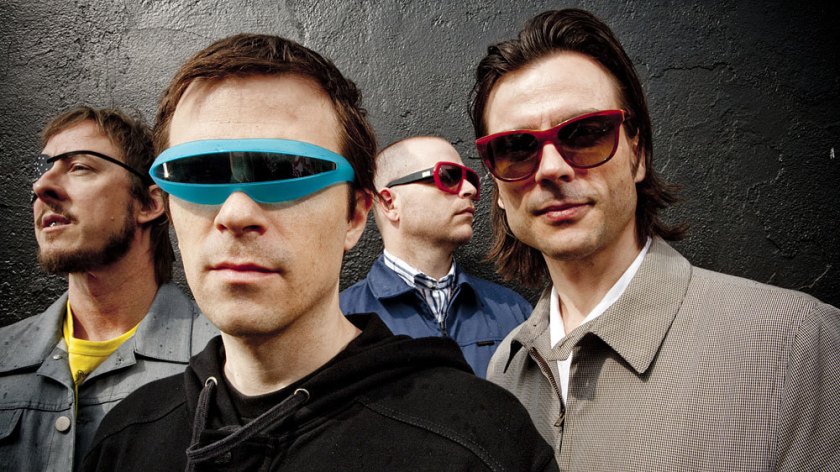 Last Friday was a HUGE day for new album releases. Today, not so much. Except, Weezer is releasing their eleventh album today, and the title of the new album is NOT Weezer. No, there appears to be a budding pattern, if you really do not count Death to False Metal as an official studio album. If you remember, the band may title release self-titled albums, but the band’s fans refer to those albums by the background color. The first album is called “The Blue Album”, their third album is “The Green Album”, “The Red Album” is their sixth album, and their tenth album is known as “The White Album”. If the pattern holds, their next self-titled album will album number 15. Between the first two eponymous albums was one regularly titled album. Then, there were two albums released before the next Weezer album. Finally, the band released three albums before “The White Album” was released last year. All of this means, they should be releasing four albums before their next Weezer album. 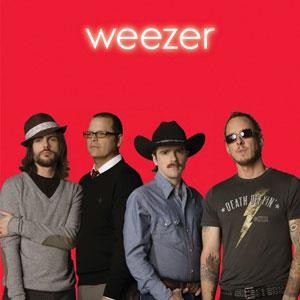 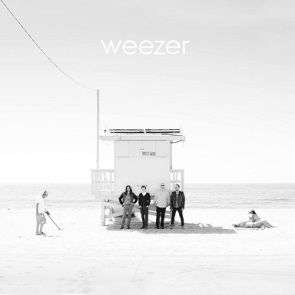 When Weezer burst on the scene in the fall of 1994, I was in my first year of teaching after working eight years as a medical technologist. At that time, Weezer’s “Undone (The Sweater Song)” was becoming huge with my first group of high school kids. That album was everywhere in that small school where I taught. I would hear both boys and girls singing that song. I remember telling the students after I listened to “The Blue Album” for the first time that Weezer was the Cheap Trick of their generation. And, you know what, I think I cut to the essence of Weezer with that comparison. Much like Cheap Trick, Weezer has been beloved for much of their earlier albums, and then written off as has-beens for the middle portion of their career. Much like Cheap Trick, Weezer has one song that sticks out in the hearts of their fans, “Buddy Holly”. And, much like Cheap Trick, the band’s biggest hit, “Beverly Hills”, is ridiculed by the fan base. And, the next comparison comes whenever either band releases a great album, then the fans are certain that this album will return the band to their glory days. Additionally, both Weezer and Cheap Trick have the ability to write power pop songs yet have the ability to transcend the genre to become major influences on a multitude of artists in their wake. While Cheap Trick can have direct lines drawn from them to both hair metal bands of the Eighties and alternative bands of the Nineties, Weezer has influenced the emo, pop punk, indie rock and pop and garage rock scenes here in the 21st century.

And, much like Cheap Trick, Weezer will eventually get into the Rock & Roll Hall of Fame. Still, the reason I love Weezer is NOT because I believe they resemble my beloved Cheap Trick, but because they play the type of rock music that I love. They are not afraid to push the boundaries of a pop song within the context of their rock vision. Both bands are not afraid to “fail” commercially while subtly pushing the boundaries of the chosen niche. Unfortunately, neither band gets their due for this. Both are ridiculed for not remaining conservative and rehashing the hits. Sure, Weezer could have rewritten “Buddy Holly” a million times over, much like Cheap Trick could have rewritten “I Want You to Want Me”, but where’s the creativity in that? So, both bands continue to follow their muse, create new music and tour.

Now, Weezer is lead by former wunderkind Rivers Cuomo, who after the release of the band’s second album, the rough, chaotic masterpiece of Pinkerton, put his band on the back burner and went to college, earning a degree from Harvard. He did so due the critical maligning of Pinkerton at the time. So, the break took the pressure off of him, allowing him to re-energize not as the voice of a generation, but as a musician.

Weezer has take power pop and melded it with the whole grunge sound, all the while taking the trouble to occasionally top off his songs with the latest production techniques in an effort to push his basic love of the music of The Cars, Cheap Trick and Pixies into new territories. As I write this entry, I have not heard the new album, though I expect it to arrive here any minute now. I have heard that Rivers has been experimenting with samples and tape loops, which ought to be an interesting exercise in pissing off his fans once again. Oh well, that’s what gets me excited about every new Weezer album, much like my other favorite artists: Prince, Pearl Jam, Talking Heads, George Clinton, Tom Petty, Bruce Springsteen, The Band, and all the rest that I continue to enjoy listening to.

So, in honor of Weezer’s new album, Pacific Daydream, may I present to you My 25 Favorite Weezer Songs. Enjoy the ride!

Was there ever any doubt about what song would be #1? Not with me, since I NEVER get tired of “Buddy Holly”! Call me a “popster”, I don’t care! As a matter of fact, I where that label with pride! So, that’s my life according to Weezer.

I hope everyone has a great weekend!