In the States, tomorrow is Thanksgiving, a day set aside for families to get together, eat and enjoy each other. Tomorrow, my mom, stepdad, aunt, both boys, a daughter-in-law and my wife and I will be here at the Keller abode. In addition to eating, we will probably play board games and cards, listen to my boys make fun of me (I taught them well!) and just plain enjoy each other. Then, on Saturday, we will repeat everything with my wife’s side of the family where upwards of 20+ people will be there including my dad and stepmother. And although her family no longer has her mom around to hold the family together, my wife has stepped up beautifully to fill her mom’s shoes as the matriarch of her family, as well as mine. I sure married well.

Now, there are really not many songs about this American holiday of Thanksgiving. Most are actually religious hymns. Lately, some artists have been releasing songs about the holiday to varying success. I have created a list of songs for a Thanksgiving playlist that includes those few specific songs, as well as songs of thanks and brotherhood, of harvest celebration and of family. By the way, the playlist does include the 18-minute 1967 classic Thanksgiving song that chronicles a murder, sung by Arlo Guthrie, “Alice’s Restaurant”. 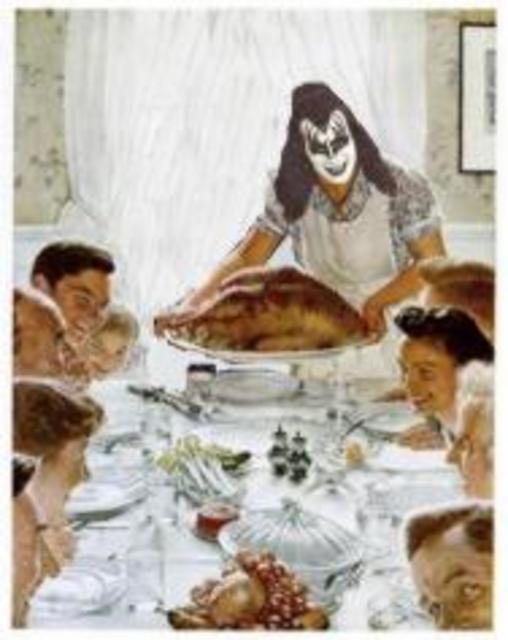 Here’s my playlist, in alphabetical order of the artist. Warning: there are two versions of the same song” “Harvest for the World”. I have the original, recorded by the Isley Brothers, which is terrific. And, then, I included a cover version by the Christians in 2002, which is a fantastic cover in its own right. Finally, I hope you will recognize some of the other songs on the list.

Let’s give thanks for rock ‘n’ roll! Have a great weekend! See you next week!