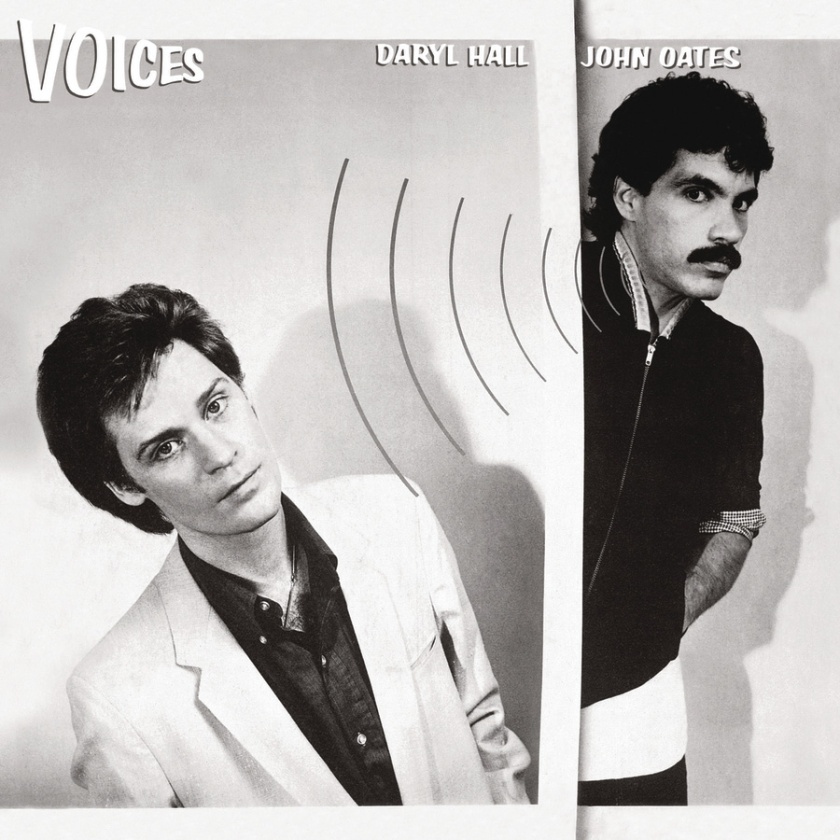 Let’s hop in the Wayback Machine with Mr. Peabody and his pet boy Sherman. I convince Mr. Peabody that I would love to revisit the days leading up to the release of Daryl Hall and John Oates’ first album release of the Eighties, Voices, on July 29, 1980. During the Summer of 1976, the duo had its first Top 10 single with “Sara Smile”, a make-out record as had been released during my middle school years. The duo was lucky enough when their old label, Atlantic Records, re-released their classic single recorded a couple of years earlier “She’s Gone”, which became their second Top 10 single in the Fall of 1976. The band reached their pinnacle of the Seventies when their classic pop-rocker “Rich Girl” topped the charts in the Spring of 1977.

Then came the drought. After the Bigger Than Both of Us album had quickly run its course as “Rich Girl” began its descent down the chart, Daryl Hall & John Oates got themselves into a little rut, musically speaking. Later in 1977, the dynamic duo released their darkest album to date, Beauty on the Back Street, followed in 1978 by “watch us play anything and everything” attitude of 1978’s Along the Red Ledge (an album that was my first album review ever in my high school’s newspaper, an embarrassment of epic portions). I loved their song, the hook-less, yet still a Top Twenty hit “It’s a Laugh”, and still do to this today. But, the band was still in a relative dry spell.

In 1979, Hall and Oates released X-Static, an album that seemed to be poised to bring the band back to pop prominence. The biggest problem with the album was that it was produced by a budding soft rock ace David Foster, who took all of the new wave edginess out of the duo’s songs, forcing the songs into his vision more than the band’s. For a Hall & Oates fan like myself, the album was a difficult listen. You could just hear that the batch of songs the duo had written were having the life removed from them by their producer. New wavish twitches were being replaced with West Coast sounding hair sways, and the soul of the songs were being ripped from the band by a producer hell bent on making HIS mark in the music world, not facilitating his clients’ visions. 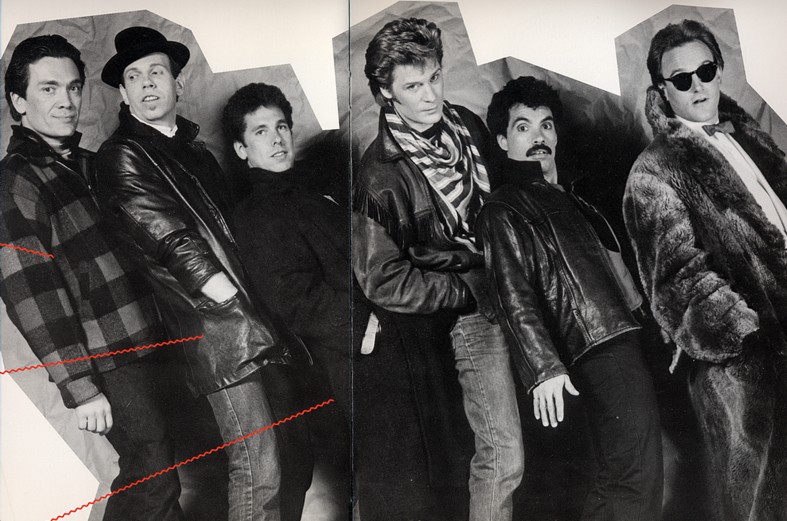 Which brings us to the date when plugged into the Wayback Machine, the date of Daryl Hall and John Oates’ release of their first self-produced album Voices. Over the decades, Voices has been eclipsed by subsequent albums such as Private Eyes and H2O, yet it was Voices that brought the duo back from their pop purgatory and into the limelight. Daryl Hall and John Oates knew they had to make this album on the east coast, specifically in New York City, since both musicians knew that NYC was where things were happening.

So, having the duo getting back to their east coast roots was integral in staging this comeback, as was them taking the reigns over their whole vision within the studio. They were going to self-produce the album. The choice was brilliant. No longer were they going to be some puppet of a Dr. Frankenstein who was going to shape them into his or her vision. Now, they were going to rely solely on their own musical instincts, which in hindsight were dead on.

From the moment one picked up the album to gaze upon the original stark, black-and-white cover, one knew we were in for something way different than anything else the duo had released in their past. Gone was the slick productions of the past, and in its place and contemporary sound that reflected the times preoccupation with nuclear annihilation and economic uncertainty. This was pop music not only for the Eighties but for eternity. From the opening song, the new wavish, slightly Beatlesque first single “How Does It Feel to Be Back”, which announced this change in the duo’s newfound confidence in their pop/rock vision.

The second single, which pushed the band forward while looking back to their past, was a cover of the Righteous Brothers’ classic “You’ve Lost That Lovin’ Feeling”. The song had become something of a forgotten classic at the time, but the duo pumped some freshness back into the Phil Spector classic that brought the whole thing to a new audience, myself included. Plus, it brought Daryl and John back into the Top 10.

But, it was the then-unheard-of third single that blew the roof off the album, turning it into the gift to humanity that we all remember it to be today. That song was the future number one hit “Kiss on My List”. The song was a slice of pop soul heaven that the duo was constantly hinting about writing. Finally, they hit the jackpot, and now, they were off and running. Later, during the summer of 1981, the duo released their fourth single from the album, the endearing and enduring pop classic “You Make My Dreams”, which only hit number two on the charts, but set the band up for more long term success.

But, to me, the heart of this album remains the unreleased, yet brilliant slice of gospel blues written and sung by Daryl Hall called “Everytime You Go Away”. Sure, British soul singer Paul Young turned the song into a number one hit in 1985, but his version was nowhere as transcendent and majestic as Daryl Hall and John Oates stark version. Truthfully, the only other singer who could have ever done justice to this heavenly tune would have been the late, great George Michael. But, we’ll never know. Instead, we get our breath taken away as Daryl Hall does what only Daryl Hall can do, and that’s sing the hell out of that song. The emotion and control are perfect. The playing is supportive and perfect. For my money, this song represents everything that Daryl Hall & John Oates stands for…Rock ‘n’ Soul.

After this album, Daryl Hall and John Oates reached new heights as the faces of a fledgling music video channel in the early Eighties. They released three more terrific studio albums, a live album with their heroes The Temptations and a sizzling compilation album, before deciding that they had accomplished everything they set out to accomplish and pulled back on the reigns in order to live a life on a quieter street. But, let’s never forget that it was their 1980 album Voices that put those Philadelphia boys on the track to the Rock and Roll Hall of Fame.