For my regular readers, you probably have noticed that I have been on something of an Eighties music kick lately. Let’s just say that I have been going through my collection and pulling out albums that I have not listened to in ages. And, when I enjoy something I am doing, I like to go overboard a bit and get hyperfocused on a subject until I totally have ripped through that subject matter as if I were earning a PhD in that particular subject. Not to make light of mental illness, but it is a symptom of being ADHD. As my long-time friends know, I have always have a short attention span; yet, I was never diagnosed until I was in my late thirties. Anyway, I make a very cognizant effort to compensate by remaining organized, writing checklists and other methods to aide me without relying on medication.

Still, the hyperfocused moments tend to yield some fine ideas, though I do wish that I could stretch the hyperfocused moments for longer periods of time so I could write a book or a screenplay. But, for now, let’s get on with the outcome of my latest obsessive behavior. First, I have been totally re-enjoying my fifteen-CD set of Rhino’s Just Can’t Get Enough: New Wave Hits of the ’80s that were released in clusters of five CDs during the years of 1994 and 1995. On each CD, Rhino has placed 15 to 17 songs from the New Wave era from 1978 through the late Eighties. This is the most complete collection of the finest examples of pop/rock songs from the era. However, the set is missing some key artists, such as Elvis Costello and Eurythmics, in addition to key cuts by Duran Duran, among others. Still, overall, this is the finest collection of New Wave songs, giving credence to the belief that this genre was a singles medium. But I would like to put an end to that notion.

Over the next two weeks, I am going to present my Top 100 New Wave Albums from that Golden Era of New Wave music. Yes, I will acknowledge that there are many fine artists out there right now who are part of a loosely-arranged scene of Post-Punk/New Wave revivalists creating something excellent music today that sounds as if the music were from those glory days of the late-Seventies and early-Eighties. Artists such as No Doubt, The Killers, Franz Ferdinand and my beloved DREAMCAR are all of this ilk. But, I am sticking with the music of my youth.

So, over the next ten days of this blog, I invite you to jump into my Wayback Machine as we travel back nearly 40 years ago to put lay to the myth that New Wave was a medium of the 45 rpm single, and that there are some excellent full-length albums ready for your enjoyment. And, as my immortal DJ hero, Casey Kasem, would say, “On with the countdown!” 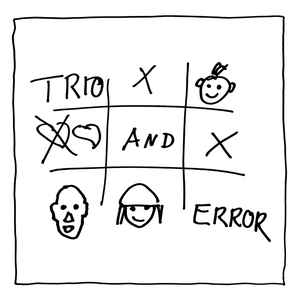 100. Trio – Trio & Error (1983). One of the bigger influences on New Wave has been Krautrock from the Seventies, as created by Kraftwerk. But, Germany produced its share of New Wave artists, like Nena, whose “99 Luftballoons” was a Top 5 hit in 1984. But, in 1983, Trio released one of the strangest New Wave albums of stripped down Casio-sounding keyboards with simple melodies of the usual instruments. The big song was “Da, Da, Da I Don’t Love You You Don’t Love Me, Aha, Aha, Aha” which was used in Volkswagen commercials in the Nineties.

99. The Specials – The Specials (1979). By the end of 1978, punk was in its waning days in England. In its place, many ska, that primitive pre-reggae Jamaican sound that was popular in the UK in the Sixties, bands popped up that coupled punk’s energy with ska to bring anger to the masses. And The Specials’ self-titled debut album was at the forefront of this “Twin-Tone” sound, so named for the interracial make-up of these bands.

98. Gang of Four – Entertainment! (1979). The New Wave era was a great moment in time for political bands, such as The Clash. Gang of Four set their political, left-leaning (well, more like Communistic) lyrics to stripped down dance grooves, much like Joy Division, although not as dark. Gang of Four loved to juxtaposition their Communist lyrics with their dance beats, which could sound downright foreign, even satanic, to many of the Reagan Youth with whom I went to high school and college. Gang of Four would have jokingly referred to those more as Hitler Youth. Oh, how I miss a Communist’s sense of humor. 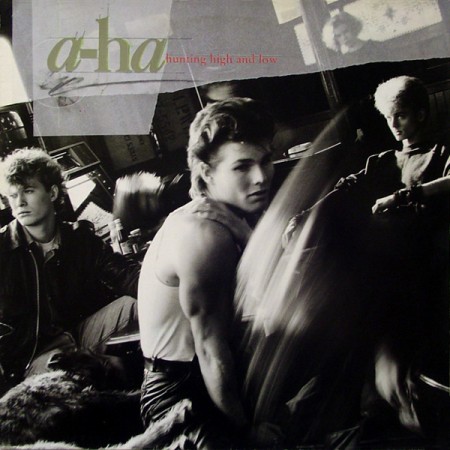 97. a-ha – Hunting High and Low (1985). This Norwegian trio hit Number One with their huge international hit “Take on Me”, which had a unique live action vs. animation video that should be kept in a time capsule to represent the Eighties. These synth pop pin-up boys remained huge in England and Europe, while they were unable to follow up their one mega-hit here in the States. Still, these guys did create one terrific album. 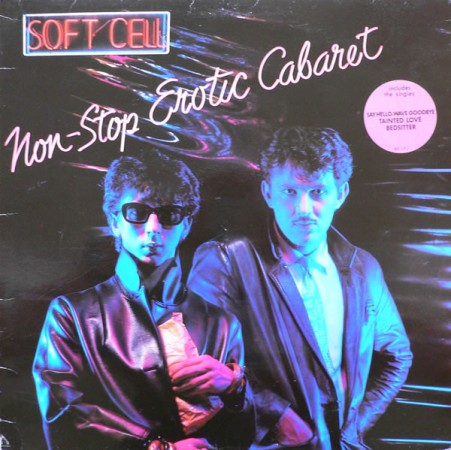 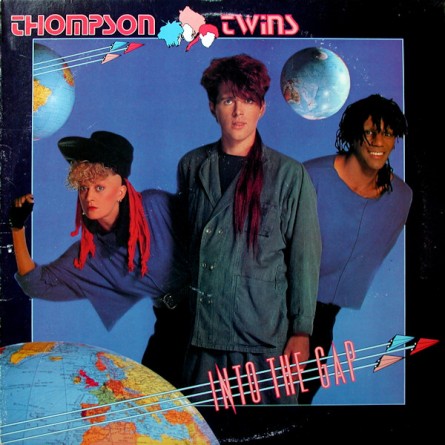 95. Thompson Twins – Into the Gap (1984). First off, Thompson Twins were a trio on this album, as the name came from a popular comic strip in the UK. Second, the band was much larger on their 1982 debut album, but were stripped down to their core trio when they broke big in the States behind their huge hit “Hold Me Now”. Although this album was big in the clubs, the band only had one other hit from the album, the moody soft-dance tune “Doctor Doctor”.

94. Aztec Camera – High Land, Hard Rain (1983). Lead Camera-man Roddy Frame was being compared to such esteemed songwriters as Elvis Costello when this album came out that it had to be difficult navigating a career with that albatross. And while Aztec Camera released several fine albums afterwards, High Land, Hard Rain was the one that stuck with those awaiting the next Graham Parker. Then again, what artist wouldn’t have wanted an album this good? That’s rhetorical.

93. Thomas Dolby – The Golden Age of Wireless (1983). Yes, the man is known for “She Blinded Me with Science”, an anthem in Cooper Science at Ball State back in the day. But, Dolby was doing some innovative synthesizer work by taking the lessons of Kraftwerk and applying them to pop music. People may not remember that Dolby also played keys on Foreigner’s 4, which gave the band its momentarily updated sound. He should be remembered for much more than that novelty hit, no matter how awesome it is.

92. The BusBoys – Minimum Wage Rock & Roll (1980). Sadly, it was unique in 1980 that a band of African-Americans playing pure rock & roll music as The BusBoys did was more a statement on the racism of the days more than the talent in this band. They were all about bringing back the fun music of the early Sixties that could have been heard in any frat house back in the day, so think of them as being somewhat similar to The J. Geils Band. Today, they are best known for their contribution to the original Ghostbusters soundtrack.

91. Simple Minds – New Gold Dreams (81-82-83-84) (1983). Glasgow, Scotland’s favorite songs took U2’s sweeping anthems and added some icy synthesizers to complete their panoramic sounds on this and all subsequent albums in the Eighties. This album is the one that broke the band in the States to a cult audience that would make up the base of the fandom which pushed their 1985 Breakfast Club theme song “Don’t You (Forget About Me)”. A cool side note: the version of this album I bought back in the day was a marbled gold-colored vinyl album. It happens to be one of my five favorite vinyl colors.

So, there’s the first ten on my Top 100 New Wave Albums, which means there’s 90 more to go over the next nine weekdays.