As you all know, I am a huge basketball fan, though the word fan probably does not properly describe the role basketball in my life. For the first five years of my life, my father was a basketball coach at a small high school that no longer exists. During those five years, I went to practices and games, and, yes, I would run around the gym, being an annoying kid, but I was also learning about basketball. For some reason, the beauty of the game was being switched on in my DNA. Basketball, and not music, is the first love of all my interests.

The saddest day of my life was not when I was forced to retire from teaching, though that day is a very close second place, was the day I realized my body would never allow me to coach basketball, or track and field, ever again. While I was still teaching, I tried to stay involved with the team by breaking down game tape, during some “third grade” analytics on those games, and helping formulate game plans for upcoming games. At the game, my school’s head coach and I were still professionally close, and we were determined to use my mind although my body was falling apart. Unfortunately, I had to give that “job” up when my body would not allow me to continue my game analysis.

Initially, I tried to sit through my schools’ boys basketball teams’ games, but as a frustrated coach and a sufferer of chronic back pain and spasms, the games became fewer and fewer, until I stopped going altogether. And, then, the mental anguish grew so much that I was giving up my television basketball viewing until I stopped watching altogether for a couple of years.  That is, until last night, when Son #1 got tickets for my beloved Indiana Pacers’ play-off game against the Cleveland Cavaliers and their unparalleled leader LeBron James. For a moment, I got my mojo back, that may have only lasted as long as the game. Yet, I felt the very adrenaline running through my veins the way it once did when I played and then coached. For the first time in many years, basketball was fun, although my Pacers lost a squeaker. I could go on and on as to why the Pacers lost (come on Thaddeus Young! You’re a former first-round draft pick! You shouldn’t miss SIX layups! And Pacers! The Cavs were playing a modified ‘box-and-one’ defense that allowed them to double-team the ball out front. Side-to-side passes are made for picking off. The diagonal pass is the attack of choice.).

Okay, we all can tell basketball is an important part of my life. But, let’s talk music! Did everyone enjoy the twelfth consecutive Record Store Day? My boys and I ventured to our favorite independent record store for the celebration, where we were able to purchase a couple of special releases each. I picked up a special re-release of a single album version of Prince’s commercial breakthrough album 1999. My other purchase was a picture disc of Madonna’s classic self-titled debut album; that album is now up on the Picture Disc Wall of Fame in my music room. As far as my boys are concerned, Son #1 picked up a special mix of The Stooges’ eponymous debut album called ‘The Detroit Mix’ version and a copy of Soungarden’s greatest hits package called A-Sides, while Son #2 picked up a Nas album he recorded with an orchestra and Rage Against the Machine’s special printing of their performance at the Democratic Convention way back in 2000. Unfortunately, all three of us did walked away without one of our top choices. Son #1 and I both wanted to pick up the special version of Bruce Springsteen’s Greatest Hits album, which was released on vinyl for the first time, while Son #2 was searching for Run the Jewels super-popular box-set package. This was one of the first time in which all three of us walked away without one of our highly ranked treasures. Yet, as Record Store Day becomes more popular with each passing year, this will occur more often, I’m afraid.

So, with all of that out of the way, let’s get down to brass-tacks. Over the next several weeks, I plan to present to you, my faithful reader, my Top 40 Favorite Albums for every year, from 1970, the year during which I became aware of popular music, up to, and including, last year, 2017. I have been plotting this series for the past several months and am pretty excited to get the whole thing started. Let’s face it – I am celebrating nearly 50 years of beautiful music in my life. A reminder to all of you: be gentle with me for any of your favorite albums missing from my lists. Still, I do want to see your album choices for that particular year we are celebrating. So, let’s light this firecracker! 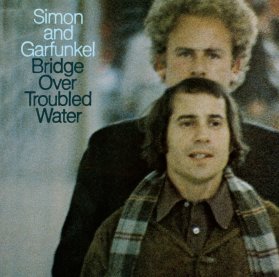 As you can tell, 1970 was a very strong year for rock music, although it is not considered one of the “Golden Years” (my apologies to the late, great David Bowie). Still, my list of albums from 1970 contains some absolute, stone cold classics. Here’s to 1970! Long live 1970!