This weekend has been a very quiet one for me. In a couple of weeks, Son #2 will finally be marrying is long-time girlfriend. As a matter of fact, they have been dating nearly 13 years, beginning during the final month of their freshman year in high school. It is fairly obvious to us parents that their relationship was pretty special early on; however, they knew they needed to wait so they could grow up more. Anyway, this weekend was the bachelor and bachelorette parties. The guys idea of fun was not anything that my son’s future father-in-law and me felt necessary to be a part of. However, my future daughter-in-law wanted my wife, her mother and aunt to attend her bash, so I have been kinda been flying solo this weekend, watching superhero movies and listening to music.

Today, I am celebrating the great music from 1984, which was, perhaps, one of the strongest years of not only the Eighties but also of rock history. Once again, we are talking about a truly landmark year, where Prince and The Boss both became mega-superstars, Tina Turner staged one of rock’s greatest comebacks and both hip hop and alternative musics made a huge step in their respective development. And, hair metal began its ascent into history, following up the inroads made by Quiet Riot and Mötley Crüe the previous year, as genre-forefathers Van Halen released their most successful album-to-date, 1984, followed by Bon Jovi, Ratt and Twisted Sister.

Unfortunately, 1984 also marked the beginning of the decline of new wave, as the genre began to mutate into straight up pop, alternative rock as well as other genres such as goth. And, 1984 was the year during which Madonna broke into the public’s consciousness, as her debut really broke through during the summer, as well as her follow-up, Like a Virgin, which hit number one at the end of 1984 and stayed there into 1985. And, the previous work laid down by The Cars and Pretenders paved the way for their hugely successful year in 1984. 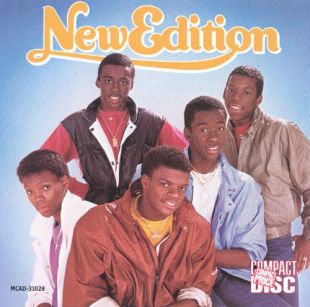 The other thing that seemed to peak in 1984 was the quality of music videos, as videos followed Michael Jackson’s finest video moment in “Thriller” with more videos that seemed to be more mini-films than simple videos. Perhaps the best example of this was the video for Journey’s frontman, Steve Perry ‘s first solo hit single “Oh Sherrie.” In this landmark musical video, the premise was a video parodying the making of a large video, only for Perry to make the “perfect” take by stripping the whole shooting down to him “singing” while emoting the lyrics to his then-girlfriend/muse, Sherrie Swafford. At that moment, it seemed as though the whole video-thing had moved full circle, which it had until being revitalized all over again in the Nineties as the vehicle for rap and grunge to take over the music world. 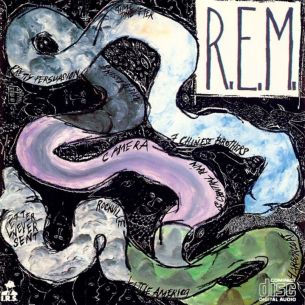 And, there it is…My Top 100 Albums for 1984. I hope this list contains all of your favorites from that year.