Oh my! Today’s writing exercise, this blog, has been an exercise in futility. If it’s not my ADHD coupling with my perfectionism to undermine my writing, then it’s my lack of sleep last night that leads to my falling asleep and inadvertently erasing everything that I have written. Oh well! Maybe, I figure out a way to finish this.

If you consider Cheap Trick’s long, Hall of Fame career, you can divide it into several phases. Basically, three-quarters of the band remains the same as they did way back in 1974, when guitarist Rick Nielsen, lead singer Robin Zander, inventor of the 12-string bass Tom Petersson and drummer Bun E. Carlos finalized their lineup. Eventually, the band signed with Epic Records, and, in 1977, released their eponymous debut album, along with their terrific sophomore release In Color. In 1978, the band toured Japan, where they were treated as though they were the second coming of the Beatles. So, their management had the band’s two Budokan shows recorded for a future special Japanese release in 1978 as a special gift to the country’s fans who backed the boys from Rockford, Illinois. 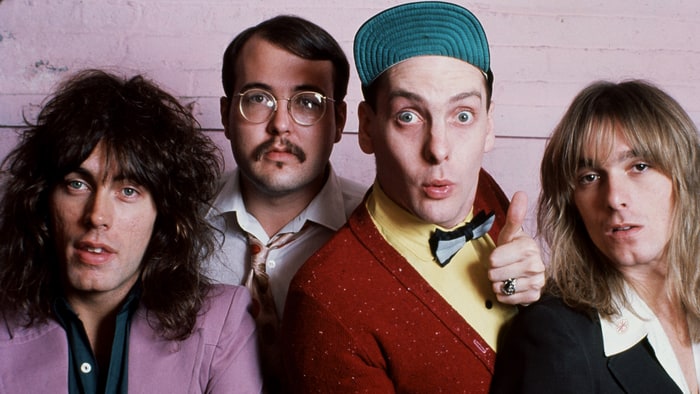 In 1978, Epic released the band’s epic album Heaven Tonight, which received huge reviews only to fall victim to slow sales. Then, At Budokan was released in late 1978 in Japan, and it became the biggest-selling import album of all-time until the powers-that-be decided to release this live album in the U.S. and push back the release date of the band’s fourth studio album, Dream Police. In much the same way that Frampton Comes Alive had changed Peter Frampton’s career, so did At Budokan made Cheap Trick superstars. 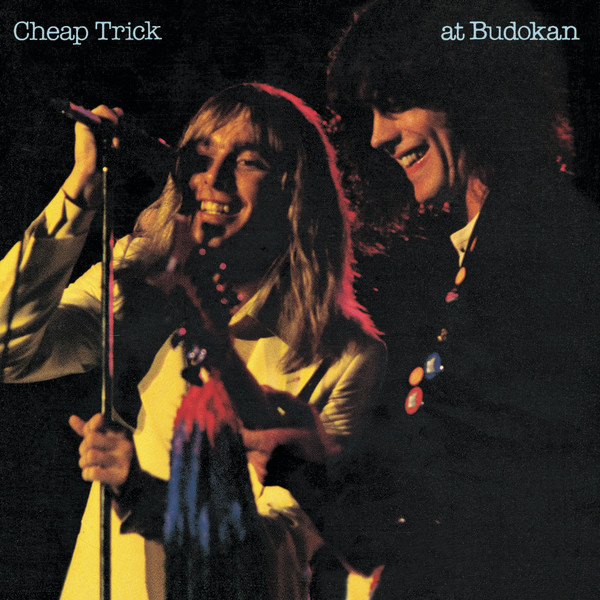 And when Dream Police was released in 1979, it was immediately a hit album, spawning a couple of Top 40 hits. But rock fans were suffering from New Wave/Power Pop fatigue cause by over-saturation on the radio with The Knack, Cheap Trick and many other bands being called “teenybopper bands.” That’s when the next phase in the band’s history started. 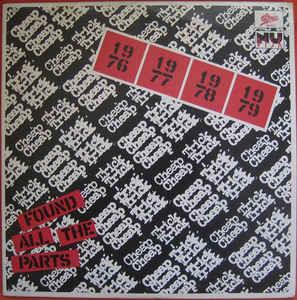 Original bassist Tom Petersson left the band in 1980 to pursue a solo career, after the release of a ten-inch, four-song EP called Found All the Parts that included the band’s next single as a seven-inch bonus single “Everything Will Work If You Let It.” Unfortunately, the single did not catch on, nor did the actual last album recorded with Petersson called All Shook Up. Thus, ended their classic phase and ushered in the John Brandt phase, that lasted five years and four albums. 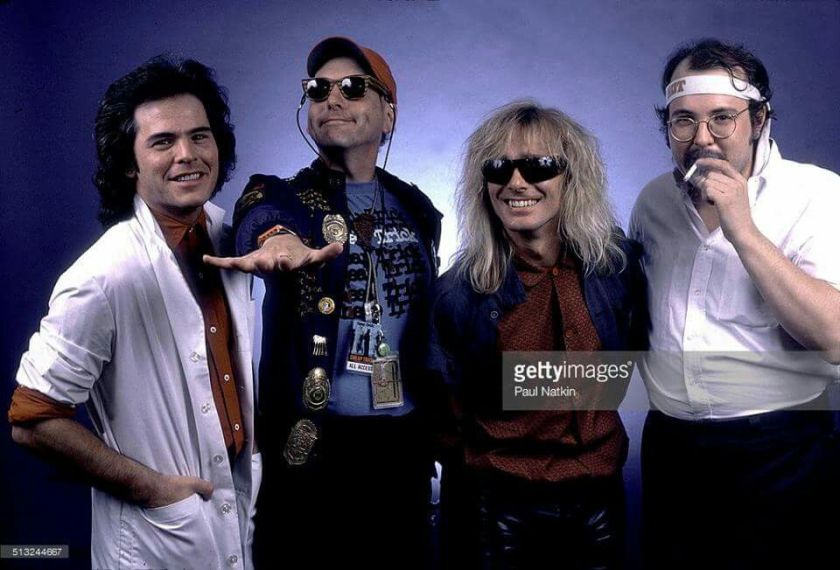 But, in 1987, rumors were flying that Tom Petersson was returning to the band, which coincided with Cheap Trick’s most successful chart run covering four years, two albums and a the band’s first compilation. During this comeback phase, the band scored their only number one song “The Flame,” a power ballad that fit Cheap Trick perfectly next to all the hair metal bands they influenced to begin with. But, our heroes hated that song and refused to play after their comeback album, Lap of Luxury, ran its course. 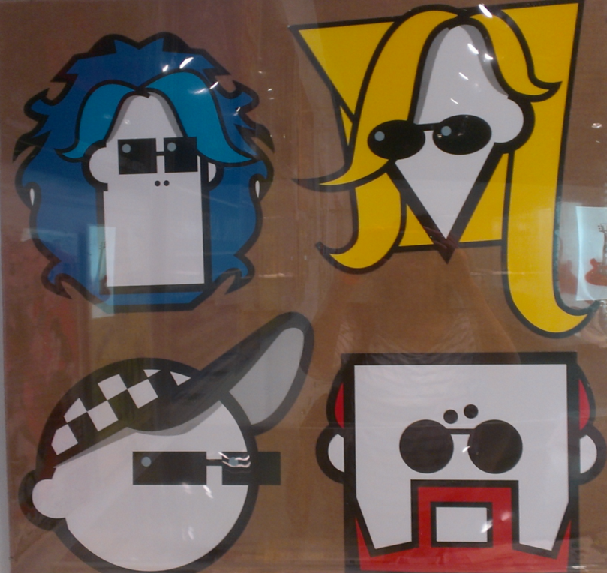 After that comeback period ended with the release of their first Greatest Hits album in 1991, the band began what must have seemed like a 40-year travel through their own metaphorical desert. After they left Epic, the band joined Warner Brothers label, recorded an underrated Woke Up with a Monster album, which unbelievably flopped, despite the band being pimped by grunge and alternative bands of the early Nineties as huge influences on them. In response, Warners dropped Cheap Trick. The band then began a seven-year period during which they recorded one studio album that was outstanding, only to have their independent label go belly up right after the album was released. So, any momentum the band  was gaining on alternative radio was wasted, and the album stalled before it could ever take off. It was during the years 1997 through 2001 that the band’s labels released a one more greatest hits package, along with THREE live albums. The last one, Silver, was released in conjunction with the band’s twenty-fifth anniversary as a recording and touring band.

After Silver had some minor success on the independent label charts, small labels were competing to sign Cheap Trick, as the band had brilliantly maneuvered to regain the rights to their classic run of albums from the beginning of their career, which meant the band members would be make a HUGE portion of any sales of the album. This was a brilliant economic move, allowing the band to sign with Big Red Records, with whom the band has been ever since. 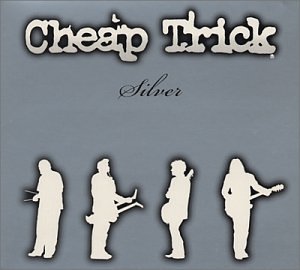 Now, from 2003 to 2008, Cheap Trick released three new studio albums to great acclaim, along with a new compilation package from Epic’s Legacy label, who was releasing Cheap Trick’s classic albums now. However, drummer Bun E. Carlos was suffering from a debilitating back problem, which greatly limited his impeccable playing ability. Although the studio albums were strong during this period (Special One, Rockford and The Latest), the band’s touring sets were becoming quite stale as Bun E. could only play the easier songs.

Unfortunately, this led to the band using Rick Nielsen’s son Daxx to drum on tour and use Bun E. in the studio. That is until the band felt so rejuvenated with Daxx as the drummer, as he was bringing the band’s thunderous drum sound back, that they made the decision to record a charity Christmas song with Daxx as the drummer. And, of course, a lawsuit was filed. 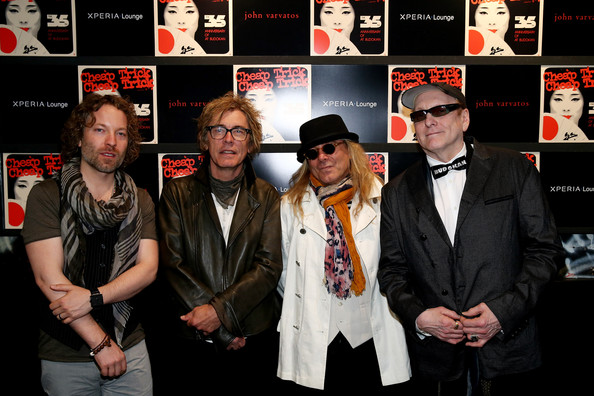 After a couple of years of wrangling in the courts, the parties finally settled on unreported terms. It seems that Carlos remains financially involved in the band Cheap Trick, as does Daxx. It also appears that we are now in the Daxx phase of the band, as they are recording and have recorded in the studio with Daxx as Cheap Trick’s drummer. And, it seems that Bun E. has remained the band’s archivist, since an album of unreleased material was released in 2016 with comments made by Bun E. Daxx Trick has released two excellent studio albums, 2016’s Bang, Zoom, Crazy…Hello! and 2017’s We’re All Alright, along with the band’s first Christmas album, titled Christmas Christmas. Carlos also released his first solo album in 2016 called Greeting from Bunezuela!, which was great in its own right. 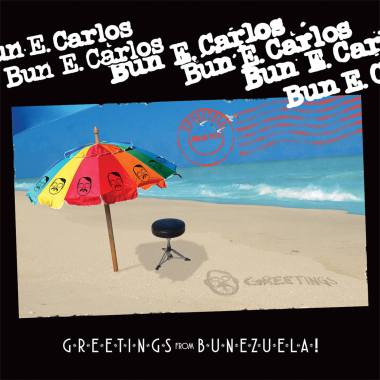 Now that Cheap Trick is freed up to pursue its newest phase with Daxx Nielsen as their drummer, the 2016 Rock & Roll Hall of Fame inductees have a great future ahead of them. No longer will they be burdened with the whole “potential” noose around their necks, thus freeing them to follow their muse in the manner they should have been allowed all along. 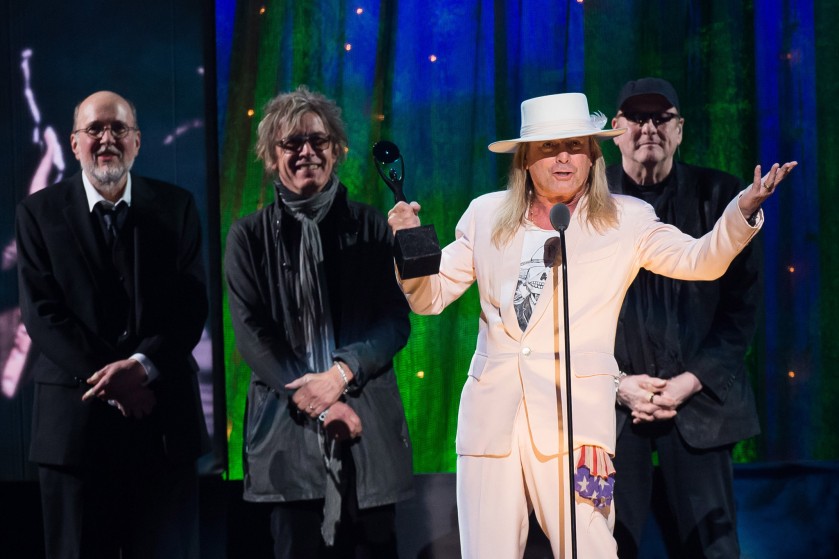 And, the Dead thought they had a long, strange trip. Long live Cheap Trick!