I have been a Talking Heads fan ever since I first heard their uptight and claustrophobic-feeling version of Al Green’s baptismal song “Take Me to the River.” In February 1979, the band performed the song on Saturday Night Live, and I was immediately taken by the band’s minimalist sounds twitchy take on funk. To my ears, I did not hear something revolutionary; I actually thought they were the most natural sounding band of the Seventies, lacking any pretense of virtuosity blues-based playing, any classical training, any notion of “jamming” or any make-up or glitter to hide behind. Instead, these art punks sounded like a group of musicians who loved R&B and pop and were not afraid to listen to artists such as Kraftwerk. It truly was manna from Heaven.

As I learned more about the band, I discovered that the three core members, guitarist/vocalist David Byrne, drummer Chris Franz and wife/bassist Tina Weymouth were all from the Rhode Island School of Design. And, when they added multi-instrumentalist and former Modern Lover Jerry Harrison from Harvard, I knew I had finally found an intellectual band. So, beginning with their 1978 album, More Songs About Food and Buildings, Talking Heads were being produced by former Roxy Music “noise manipulator” Brian Eno. The Heads represented one of Eno’s first big commercial breakthrough, as he helmed the band’s next two albums as well, Fear of Music (1979) and Remain in Light (1980). During those two albums, Byrne and Eno was creatively bonding, much to the chagrin of the rest of the band, as they all felt they were being relegated to session musicians and being kept out of the creative process. 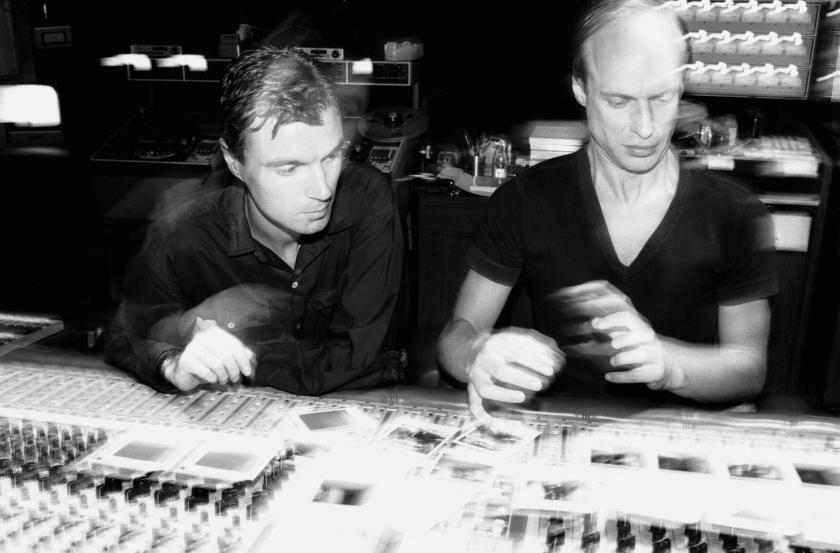 All of this also coincided with the hype Byrne was getting of being rock’s newest genius, whatever that meant. So, upon the end of Talking Heads’ most successful tour on both musical and artistic levels in 1980 when they tour with an expanded line-up which gave life to the African rhythms that permeated Remain in Light, the members decided to take a break and pursue some projects outside of the Heads. Franz and Weymouth hit gold pay dirt with their Tom Tom Club project with many of the members of the Heads’ touring band. Likewise, Harrison released a solo album, which allowed him to expand his musical palette a bit within pop structures on his solo Red and Black album. But, it was Eno and Byrne, when left alone in the studio, created one of the strangest and most innovative albums in rock history when they released My Life in the Bush of Ghosts in early 1981. 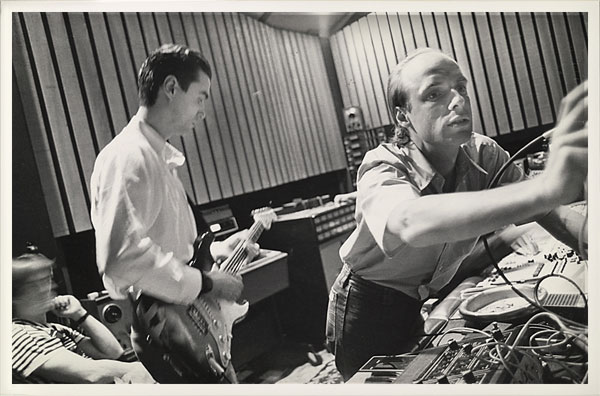 Now, much of the sounds the duo created are nearly standard today, especially with the music of Radiohead and Animal Collective. Rarely before had electronic sounds been coupled with recorded voices from disparate sources such as a talk radio DJ, the reading of the Qur’an (that track subsequently removed upon the request of Muslims back after the album’s initial release, making my vinyl copy increasingly rare), and an exorcism. The result is the sounds of Remain in Light on acid and Quaaludes. It’s use of loops and samples was years ahead of the curve, so much so that it is difficult to fathom that the duo recorded this album with analog equipment, meaning that their edits were painstakingly completed by slicing and splicing tape in order to create their sounds. And what the pair created was something of an aural collage rooted in the African rhythms they forced upon Talking Heads to a lesser extent on 1979’s “I Zimbra” and greater effect on 1980’s Remain in Light. 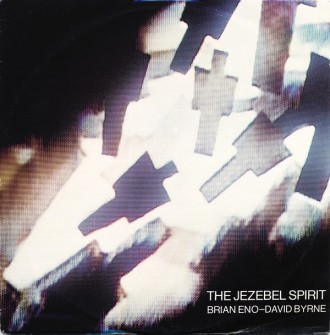 Eno and Byrne hit the jackpot with actually three songs which logged some time on the dance chart due to the songs’ driving rhythms. An extended mix of “Help Me Somebody,” a driving Burundi drumbeat mixed with a funk rhythm track are looped together into a great dance song, only with a radio broadcast of Reverend Paul Morton’s New Orleans-based sermon laid over the top, “Regiment,” a laidback, pulsating bass-driven workout with Dunya Yusin’s, a Lebanese mountain singer, chanting juxtaposition against a raging post-punk guitar, which segues into the spooky “The Jezebel Spirit,” a dance song whose track sounds like an outtake from Remain in Light only to have the recorded vocals from an exorcism creepily rising from the music, which gives way to the final song, “America Is Waiting,” an African dance song with the indignant rants of a talk radio host. All in all, they have taken the best songs from the album and created a danceable work of art. Those four songs, as diverse as they are, all work together to create one of history’s strangest club dance hits. It makes much of the dance work of Yoko Ono or the cut-and-paste hit song of 1985 “19” sound down right normal.

Back in the day, I found My Life in the Bush of Ghosts a great listen on a hot summer night, preferably in a car with the windows rolled down. And, if you are still cruising around the country side, you can always follow this album with either Laurie Anderson’s performance art rock masterpiece Big Science, or if you prefer to ease back into civilization, then try Peter Gabriel’s third self-titled album, the one that looks like his face is melting on the cover. Either way, the combination of the sounds, with the feel of the warm breeze and the starlit sky only enhances the whole aural experience. 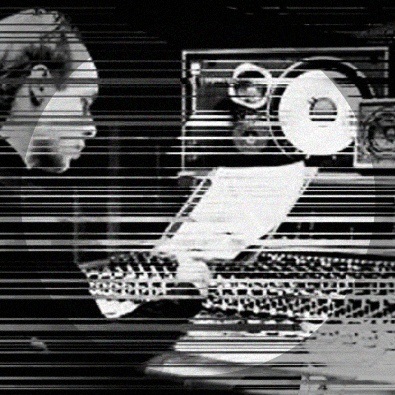 I know the Grateful Dead wrote the cliche, “It’s been a long, strange trip,” but this album is more of a strange trip than anything the Dead ever recorded. And, that’s not a knock on the Dead, just a fact. Yet, there is just something that is compelling about Brian Eno and David Byrne’s album My Life in the Bush of Ghosts. It continues to stick with me to this day.