Summer in Indiana can be so strange. The old weather adage from around here is, “If you don’t like the weather, just wait 12 hours.” But, this year it has been pretty hot (thanks climate change!). And, since I live out in the country, with a beautiful view of a soybean field just beyond the backyard. So, you mix together a hot summer along with a nearby soybean field, and you have the ingredients for another Indiana summer tradition: the housefly. These damn things are everywhere, bugging (pardon the pun) the crap out of us. Then again, it might be metaphorical for the type of music that has been traditionally strong around here. And, I am talking about arena rock, one of the more bland genres in all of rock history. Oh, sure, I like these bands too! They combined a hard rock sound with a pop melody, being a historical forerunner to the hair metal bands of the Eighties. Still, many of them were like these houseflies around my home. Usually, when the show up, they bother me.

For some reason, the bands of my teens are out on the concert trail in full force this year. And, when they tour, it’s as if they all have a meeting, throw their names in a hat, and pull out the names to determine which concert package each band will be part of this year. So far, Journey and Def Leppard, Poison and Cheap Trick (THAT ONE SHOULD HAVE BEEN REVERSED!!!), Styx and Joan Jett (Yes, I went to it! I never said I wasn’t a hypocrite!) and Foreigner and Whitesnake have all rolled through here, with Chicago with REO Speedwagon and Kansas, as well Lynyrd Skynyrd, to follow soon. That means all the monsters of AOR from my youth will have come through this summer. Forty years ago, that would have been unreal, but now, it seems a little desperate. Sure, I understand that these guys deserve to make some money. And, I fully understand the whole nostalgia-thing being in my mid-Fifties. But, some of these bands only have one original member left in them. That fact is beginning to blur the line between the bands and tribute bands. Hell, there may even be a time when four blonde dudes in wigs and face paint will tour as KISS, with the estates of Paul Stanley and Gene Simmons making change while those two are in a nursing home or buried in the ground. C’mon! Don’t tell me it won’t come to that! I even recently read an article about that scenario posed to Simmons, and, by his answer, you knew he had been thinking about it.

The cool thing is that Cheap Trick has released three albums in the past two years, if you count their Christmas album. But, their other two studio albums have been great. Additionally, Styx released an excellent new concept album (remember those?) last summer and is still pimping it in concert. So, a few of these classic rock bands are trying to remain relevant by creating new music. But, those bands with only one remaining member like Foreigner or Skynyrd really get under my skin for some reason. They are not really creating new music, they are cashing in on a reputation that is over 40 years old. Let’s face, the old, powerful and innovative Skynyrd died with Ronnie Van Zandt, while Foreigner stopped being Foreigner when singer Lou Gramm’s health prevented him from performing. And, then, there’s Journey, gallivanting around the world with a Steve Perry-imitator who was discovered on YouTube. Sure, Journey’s new guy sounds like Steve Perry, but there is something missing in his voice that Perry had that keeps me from accepting the new guy, no offense to him.

So, in honor of the bands who are touring this summer with only one original member left in the fold, may I present to you My Top 25 Songs by Foreigner. Oh, and for full disclosure, if my wife would have wanted to see any of these bands, we would have gone and probably enjoyed it. Remember, I AM a hypocrite! On with the countdown… 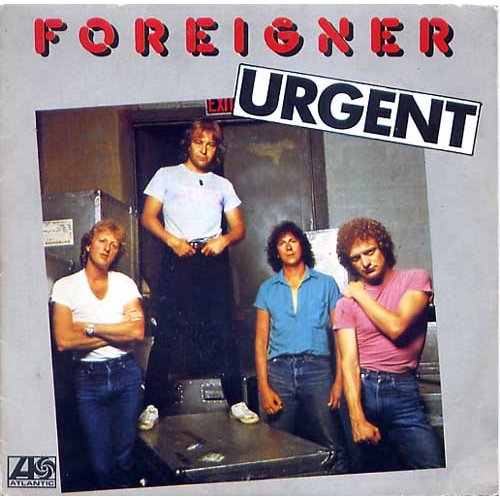 See what I mean? Foreigner’s music reputation was impeccable until guitarist and main songwriter Mick Jones took his tribute band to his band out on the road. Oh, who cares! Go see the bands you want to! They made great music back in the day, and those songs deserve to be played by talented musicians and not some two-bit cover band. Wait a second! What is wrong with me?!?!