If I’ve said it once, I’ve said it a thousand times, I am one of those annoying people who love collecting Christmas music. I scour the internet and record stores for unusual modern Christmas music. Yes, this does annoy my family, but for some reason my two daughters-in-law still like to receive my annual Christmas mixtape on CD.

I’m not sure why I do this, except I have vivid memories of listening to The Ventures’ Christmas Album, on which these Rock & Roll Hall of Famers turned twelve Christmas songs into rock guitar lessons which integrate hits of the day into each Christmas song.  I first heard this album at my babysitter’s home and loved it so much that I was asking her to play it for me in July. Finally, my parents bought the album for me when I was five years-old, making the year that I got my first copy of this classic album in 1968.

After that, my Christmas music tastes exploded, going from The Royal Guardsmen’s “Snoopy’s Christmas” and the Partridge Family’s Christmas album. Then, I started to hear songs like Elton John’s “Step into Christmas,” Bruce Springsteen’s take on The Crystals’ version of “Santa Claus Is Coming to Town” and “Wonderful Christmastime” by Paul McCartney. Slowly, other songs were released her, such as “Same Old Lang Syne” by Dan Fogelberg and the radio hit of “Celebrate Me Home” by Kenny Loggins.

Throughout the Seventies, I would hear songs that had been released in England yet never were released in Central Indiana. So I was left to pray that I could hear Slade’s “Merry Xmas Everybody” or The Kinks’ “Father Christmas.” Slowly, these songs were being made available on compilation albums here in the States during the Eighties. Then, during the CD explosion, all of those older Christmas rock songs were being sold on various CD-forms. Finally, when mp3s were popularized, it finally became easier to final these brilliant versions of modern holiday songs.

So, today, I will begin the countdown of my favorite 200 Christmas songs. 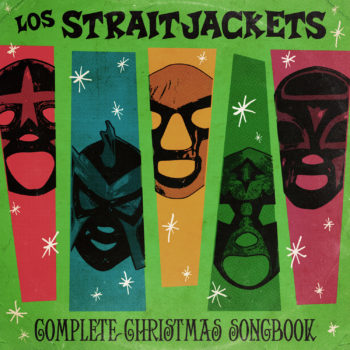