‘Twas the Friday before Christmas and all through the house we will be scurrying about to get the place cleaned before we go to bed tonight. Like many of you all, we are having family in. Don’t get me wrong, we love it, but the pre-game prep is tough, but not as difficult on me as it is on my beautiful bride. Lordy, I never know where she gets the energy to plow through the house so efficiently as she can. If you are not careful, I honestly think she’ll throw me out with the trash if I’m in the wrong place at the wrong time. The woman is a machine. When we were newlyweds, I totally didn’t get this obsession. But, once I realized about 20+ years into our marriage that this was her “thing,” I helped out with some things, but mostly I took cover and worried about feeding her and keeping her hydrated. I put my coaching tendencies WAY BACK in my side of the closet, kept my head down and did what she asked. Over time, we’ve developed into a helluva team, but this is the activity in which she’s our LeBron and I play the supporting role, as she does in group situations. We all have strengths and weaknesses, and we do a pretty good job having strengths that cover the other’s weaknesses 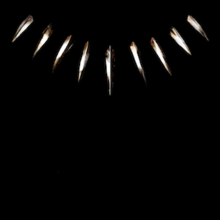 10. Kendrick Lamar & Others – Black Panther OST. Can Kendrick Lamar do no wrong right now? Sure doesn’t seem like it. So, who better to coordinate the music behind the most important movie of the year than the man with the golden touch. And, Lamar has hit it out of the ballpark with an album that touches on all types of black music. This album is worthy of the African prince at the heart of movie.

9. Paul McCartney – Egypt Station. Paul has quietly been re-earning his songwriting status recently with some pretty great music. I just wish this stuff had been released in the Eighties when people still cared. To me, this is his best since Flowers in the Dirt from 1989. Growing old is not for the weak. 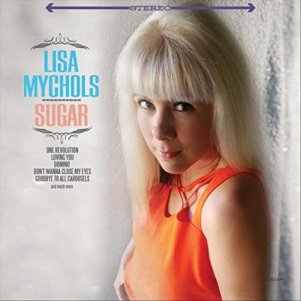 8. Lisa Mychols – Sugar. If I’ve said once, I’ve said it a hundred times: Lisa Mychols has been one of music’s best kept secrets for nearly the past three decades! This woman is an excellent songwriter, great studio performer and, now, on her way to becoming a great mentor to young power poppers all over the world. This may be her career peak, and Lisa was a member of The Masticators.

7. Ken Sharp – Beauty in the Backseat. Ken Sharp is quite possibly my favorite non-fiction music writer; yet, he is quickly becoming one of my favorite songwriters. He is a power pop scholar who has amalgamated what he has learned from his book subjects into beautiful power pop. This album is his best, but I wish he had included his single from earlier this year, his ode to Todd Rundgren’s Utopia, entitled, believe it or not, “Utopia.” The song was the homage of the year.

6. Leon Bridges – Good Thing. The new king of the retro-soul movement is back with a great album that does not succumb to the sophomore jinx. Bridges gives you glimpses of his heroes, such as Otis Redding, Smokey Robinson, Wilson Pickett and the rest, without just being a very talented tribute artist. Leon loves the retro sound but is not afraid to put modern flourishes into his music. I can only believe this man may end up bringing music back to its basics. 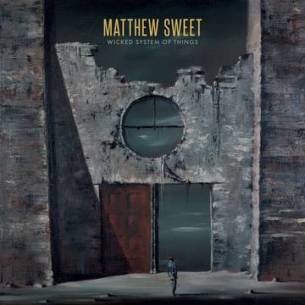 5. Matthew Sweet – Wicked System of Things. This album was release only on vinyl for Record Store Day’s Black Friday event just a few weeks ago, so it may difficult to find as Sweet has no intention of releasing the album on CD. According to the liner notes, Sweet’s inspiration for this album came after playing a couple of songs with Cheap Trick. Afterwards, he asked guitarist Rick Nielsen and bassist Tom Petersson to play on it. Of course, they accepted. So, Matthew wrote some of the most rocking power pop songs of his career, by pretending he was a youngster again, listening to Cheap Trick, Shoes, Pezband and a host of other Midwestern rock bands, creating a set that he wanted to treat as a “lost album” in his collection. Let’s just say that, even though the guys from Cheap Trick could not make the time to play on Sweet’s LP, it sounds like a bunch of Trick songs that had been undiscovered since the late-Seventies or early-Eighties. This is one killer album.

4. The Bangles, Dream Syndicate, Rain Parade, The Three O’Clock – 3×4. Take the four biggest bands from L.A.’s early-Eighties Paisley Underground scene and record each band playing a favorite song by each of the other three bands. Since all four bands came of age at the same time, you can hear each other’s influence upon them. This a fantastic manner in which to celebrate a long forgotten scene that played an important role in how much of the music of the mid- to late-Eighties sounded. Once again, this was a vinyl-only release for the RSD Black Friday event. This album is a milestone.

3. Janelle Monáe – Dirty Computer. Monáe was originally an Outkast protege yet had more recently become more musically associated with Prince. And, one listen to this album, and you can both artists’ influences on her music. Still, unlike her previous great yet inconsistent albums, Dirty Computer is the sound of an artist on the cusp of creating big things. Hopefully, this album will be Dirty Mind of her career, as I think this album is introducing the world to a fully-realized artist who is just an album or two away from dominating the world. Without a doubt, I say this album is THE best Prince album of the year.

2. Elvis Costello & the Imposters – Look Now. Early, Elvis was diagnosed with cancer. So, he delay this album’s release as he underwent treatment. Then, after dropping this album, which is a summation of his illustrious career, Elvis and his latest band began preparations to make his triumphant return to the road. And, I am not speaking in hyperbole when I say this is Costello’s best album since the highly complex Imperial Bedroom was released way back in 1982. Boy, can this man write a great song! 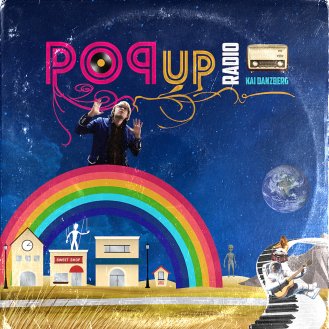 1. Kai Danzberg – Pop-Up Radio. Power Pop’s German wunderkind dropped this masterpiece early in 2018, and his CD was never far from my stereo. For the past two-and-a-half decades I have been mourning a Jellyfish-sized whole in my life, that would only get partially filled here and there in the time since the band’s untimely demise. Then, Danzberg brought this beautiful album to the masses, and now I am one of his biggest fans. I own electronic files of his whole catalog (thanks Bandcamp!), but his earlier material did not prepare me for this album’s way that he takes a little ELO here, a pinch of Queen there, some Supertramp, Cheap Trick, Raspberries, Beach Boys, Badfinger and all the other greats and make something totally new and fresh out of it. By the way, check out his new single, a duet with Lisa Mychols, called “Let Me Know.” I think Kai is on to something there! Plus the man just released a Christmas single, “If Santa.” I CANNOT wait for his next album! Kai Danzberg gave us my Album of the Year!

And, there you go sports fans! You all have a fantastic Christmas! I’ll probably write a couple more blogs next week, but it won’t be part of a huge, multi-part countdown. Merry Christmas!