Back in the Spring of 2012, I decided that I could no longer physically and mentally make my body respond to my will to teach any longer. I was wracked with pain from my back with arthritis having developed in the little joints in my spine after going four years of complaining to physicians that my supposedly fused vertebrae in my lower back felt unstable. When I finally got a physician to actually listen to me while not trying to get me addicted to the pain medications they were pushing, since they all get a kickback from their respective pharmaceutical companies (No wonder physicians don’t want universal healthcare! No one reports that they really don’t know whether one drug is better than another; they only know how much extra cash in flowing into their coffers from the drug company.), we all discovered that I knew what was wrong with me: my spine was unstable. Unfortunately for me, the damage was done by this neglect, for which the statute of limitations had all ready run out.

Now, even though I have two electronic devices implanted in my body to help lessen my pain, I still have bad days. Normal people get a headache or backache, they pop a couple of Tylenol and go on their way. Me? I hit my pain pump upwards of ten times a day to send a micro-dose of morphine to my back to momentarily kill the pain. I also have an electronic device that kills the nerve pain down both of my legs. It constantly runs to kill the pain. Occasionally, I have to get it adjusted because my body will get used to the sensation and stop working. Additionally, I have to get my pain medication changed out of my pump every four to six months to keep it fresh. Unfortunately, the way my people empty and refill the pump is to poke a needle through the skin to the right of my bellybutton where the reservoir the size of a hockey puck resides under my once firm skin. Unfortunately, my people don’t always hit the small three centimeter port on the first or second attempt, but, eventually, I will get a new 50-milliliters of morphine solution injected into my pump. 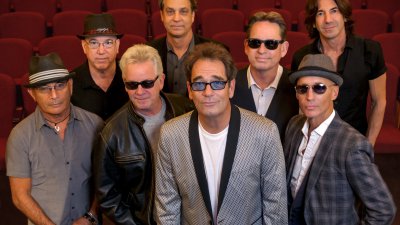 Even with all of that stuff, I still need to take four Extra-Strength Tylenol and four Aleve per day to help with the pain, as well as a muscle relaxer at night to temporarily lesser my constant source of muscle spasms in my back. The reason I bring this up is that there are days where I simply cannot function. Sure, most days I fake it pretty well for an hour or two, so I can keep it together for a short period of time. But, there are the days in which I will go from the bed to the couch to the recliner to the couch to the recliner in my music room to the couch without ever having the energy to write. Sometimes, my loved ones don’t fully understand this condition, but they all try to be sympathetic. And, when it comes to family functions, I, using a sporting term, am always a game time decision. Except for my granddaughter and soon-to-be-here grandson, I will suck it up for them.

So, that’s why there will be gaps in my blog entries. I don’t want your sympathy. I simply wanted to let you all know why I can go a while without a blog entry. So, enough of my personal sob story, let’s get to some music!

As usual, I have been living in my past lately as far as music is concerned. I have been thinking about the successful artists of the Eighties, while doing some rearranging of my albums. That day, I was looking at the cover of my copy of the We Are the World album. Now, what Eighties music fan does NOT have this album? It should be required ownership by all fans of the music of that decade. This song itself is a classic line-up, a virtual who’s who of music at the time. And, yes, Prince was conspicuous with his absence, which might actually have lead to his decline in popularity. But, the artist who WAS there was Huey Lewis & the News. 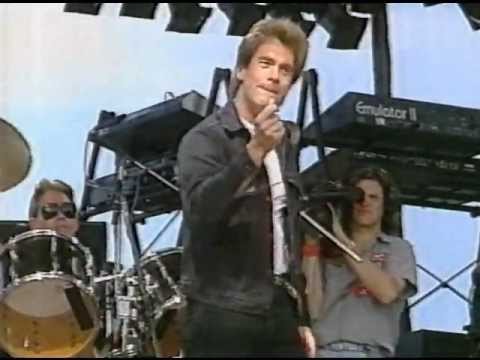 Speaking honestly, I have never really been a fan of the band. Personally, I like my music served with a little danger or rawness. And, Huey and his band were the exact opposite of that. They all seemed like good guys, which is a great marketing tool (just ask the Monkees!), but there music was mostly too slick for my tastes. Seriously, I have ALWAYS hated “The Heart of Rock & Roll,” “Back in Time,” and “Hip to Be Square.” I remember a conversation in a bar with a couple of buddies of mine during the Summer of 1984, when it turned to Huey Lewis. Now, one of my friends was this hulking man, a former Marine-turned steroid-infused bodybuilder with a brilliant mind. When “The Heart…” came on the bar’s jukebox, he ran over to it and shook it until the song changed to another one. After he did that, he yelled, “Is someone just trying to change me into a little girl?!?!” I just sat at our table laughing while the other patrons were worrying that Bruce Banner was truly turning in the Hulk right before their eyes. At that moment, I figured out what it was that I disliked about Huey. He had sanitized the music of Springsteen, Mellencamp and Seger, and distilled it to its bare essence, making it palatable to the middle school and elementary crowd, and people my age whose musical tastes had not matured beyond those tastes.

Still, I did find several songs by the band to be brilliant pop versions of the early-Sixties frat rock sound, that kept me a little interested in the band, enough so that I do own a couple of their albums  on vinyl and a compilation on CD. So, when the band was good, they were very good. But, when they were bad, they could make my skin crawl. Therein lies my problem. How do I balance this either/or reaction to the music of this pretty talented band? Well, I skip the songs I hate and stick to the ones I like.

So, with that opening, let’s get to my 15 favorite songs by Huey Lewis & the News. I feel like I picked the perfect moment in time to cover these guys because I have always associated their music with warm spring days while in college. There best music is perfect for cruising with your windows rolled down in your car blaring these songs, or listening to Huey while the college girls were sunning their bodies out front of their houses or by the duck pond on the Ball State campus. Their music can evoke that nostalgic feel of one’s lost youth. So, let’s get this party rolling!

9. “It’s Alright” (People Get Ready: A Tribute to Curtis Mayfield, 1991). This version of the Curtis Mayfield standard is outstanding, making me wonder where THIS Huey Lewis was all along.

6. “Walking on a Thin Line” (Sports, 1983). Once again, another little played song that I just love. This song about the perils of a Vietnam veteran may just be the best of its kind from the Eighties, including “Born in the USA.”

4. “Hope You Love Me like You Say You Do” (Picture This, 1982). This little known R&B bar band song is a terrific little ballad that only continues to grow in stature with me every time I hear it. Why wasn’t this song a hit back then?

3. “If This Is It” (Sports, 1983). Evokes more of a great memory of a great summer than the quality of the song. Like I said earlier, these kind of summer songs are what the guys did the best.

2. “Trouble in Paradise (live)” (We Are the World Album, 1985). Who knew that the band would have the best cut on this album? But, this song just pops in this live version.

1. “Do You Believe in Love” (Picture This, 1982). The band’s first little pop/rock ditty continues to be my favorite. They just did what they do best perfectly on this song.