Traditionally speaking, the Rock & Roll Hall of Fame releases its annual Nominees List around October 9, and those of us that have a romantic view of the monument have been dropping prediction list after prediction list concerning our beliefs as to who will be nominated. I will admit that I am a passionate casual follower of the Hall, which basically means that I follow the Hall’s actions more closely than the casual fan while not obsessed as several of my writer friends are. So, if you are looking for accuracy, you might want to look up various Rock Hall watchers’ sites for their predictions, for they all do outstanding jobs of reading the tea leaves. Me, on the other hand, I am a fan, and my list lands somewhere between an actual prediction and a unabashed “wish list.” But, isn’t that what makes following the Hall so much fun? It’s almost like fantasy football for rock geeks. And, I’m a HUGE rock and roll geek.

Since the early Nineties, the RRHOF Nominating Committee has limited themselves to 15 nominees each year. And, they have also most inducted five of those nominees each year. These self-imposed limitations have handcuffed itself into a seemingly endless backlog of truly deserving rock immortals sitting on the outside. When this whole thing was being planned back in the Eighties, I used to complain that this institution was unnecessary because each of us have different tastes which is what makes music so beautiful.

Now, the Hall becomes an artist’s fan’s validation and a money-making project for the Hall itself. Yet, like all Halls of Fame, it is a living, breathing testament to the history of this music that has played such an important part of the better part of three generations of music lovers throughout the world. Plus, if you have ever been to Cleveland to visit the museum, you will be blown away by everything you will see there. Personally, it has been 16 years since I’ve been there, but we are planning to go soon since Prince and Cheap Trick have been inducted during these intervening years.

With that said, I want to present my 15 Nominees, in addition to five artists who should also be considered and would not be surprised if they are on the official list. 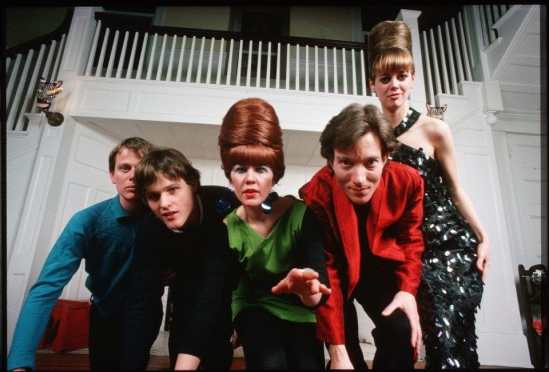 The B-52’s – The party band from Athens, Georgia, paved the way not only for R.E.M.’s stellar career, but for alternative music itself.

Pat Benatar – After Heart and The Runaways cracked open the door for female rock deities, Pat Benatar knocked that door down to prove that women should be taken seriously in this business. 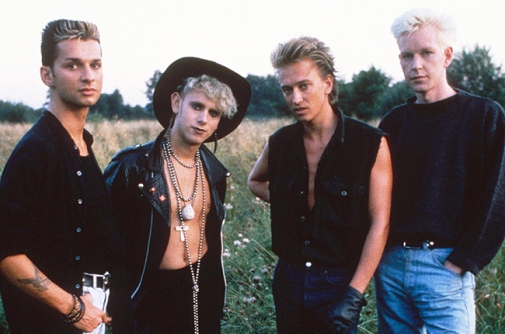 Depeche Mode – Until Morrissey began endorsing extreme right-wing nut jobs, I always thought The Smiths would be inducted next from the Eighties college rock scene. While it still may happen, I now think Depeche Mode will follow The Cure into the Hall.

The Doobie Brothers – You may be asking yourself, “They aren’t in?!?!” Nope! This is their time.

Iron Maiden – Judas Priest finally got a nomination last year and somehow did not get in despite Eddie Trunk’s supposed influence. This year, I think the Committee will shift gears a bit and nominate the Maiden. Both bands have been criminally overlooked for years.

Carole King – Here I go again! Yes, she’s not in the Hall as an artist. And King released one of the all-time great albums Tapestry, which continues to amaze me nearly 50 years later. Come on people!

Kraftwerk – Most Americans do not realize how musically influential Kraftwerk has been to this very day. They were the first band to embrace synthesizers, making electronic music both rocking and danceable. The direction of Eighties music would have totally been different if not for these guys embracing technology. Afrika Bambaataa sampled their music, most importantly on “Planet Rock.” And, we all know how important the synthesizer was to Prince, synth pop, dance pop, New Jack swing, industrial music, ZZ Top in the mid-Eighties, and I could go on and on.

MC5 – THE political proto-punks from Detroit helped birth the whole Seventies punk scene, along with Hall inductees The Stooges and the overlooked New York Dolls. Their torch was picked up in the Nineties by Rage Against the Machine, yet another overlooked band.

Nine Inch Nails – After Trent Reznor’s impassioned induction speech for The Cure last year should be rewarded with an induction for his brilliant band that married metal, industrial and pop musics. Plus, anyone who has battle depression probably has gone through a NIN phase. I had a difficult time choosing one Nineties rock artist, as I considered Smashing Pumpkins, Soundgarden and Alice in Chains, all of whom are worthy.

The Notorious B.I.G. – Here is the one artist of the first-time eligible nominees who will get inducted. Since Tupac is in, and those two redefined hip hop during their all-too-brief careers, I expect Biggie to follow. Unfortunately, that means that Snoop Dogg, Ice Cube, Eric B. & Rakim, Dr. Dre and, most importantly, LL Cool J will all have to wait…again!

Dolly Parton – That’s right! Dolly’s not in, while influencing seemingly EVERYONE in rock history. I’m not a country fan, but I am a fan of great music. And, Dolly writes and creates great music. Other country artists who should be inducted include Willie Nelson (C’mon! Kid Rock is stealing his zeitgeist!), Patsy Cline (Arguably the greatest female country voice this side of Linda Ronstadt), Merle Haggard and Kris Kristofferson. 2019 may well be her year.

The Runaways – If it wasn’t for The Runaways, where would women be in the rock/punk world? And take a look at their classic line-up of Cherie Currie, Lita Ford, Joan Jett, Sandy West and long-running Jeopardy champion Jackie (Fuchs) Fox. That’s a ’27 Yankees of female rockers immortality. Hell, they just rocked period.

Todd Rundgren – The Hermit of Mink Hollow finished THIRD in last year’s fan balloting and did NOT get inducted! WTF?!?!?!?! This man is THE Renaissance Man of rock music. This better be his year, or I will be bitching all year long!

Tina Turner – That’s right! Tina’s not in as a solo artist, when everyone my age remembers her storybook comeback in 1984. She is another “no-brainer.”

Whitney Houston – This one will truly tick off one of my former track athletes, because he will say she is not rock music. That’s true! But, much like Aretha Franklin, Whitney was The Voice of a Generation. 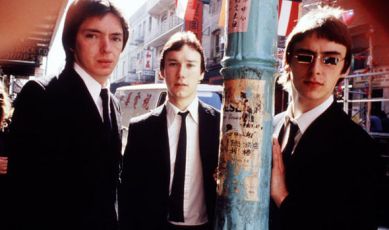 The Jam – Paul Weller is one of my favorite songwriters, and his seminal punk band, a HUGE influence on Green Day and the pop-punk of the early 21st century, should be immediately considered. Let’s face it! Britpop may not have happened if it wasn’t for The Jam.

The Spinners – Perhaps, Philadelphia’s greatest soul group of the Seventies. Their early-Seventies catalog is just brilliant.

War – This band from East L.A. was a rock/funk combo who dominated in the early Seventies. They have been overlooked for far too long. 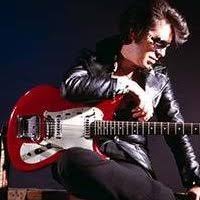 Link Wray – This man pioneered the power chord. So, where do you think The Who, AC/DC and so many others got their power from? Look no further.

When you are limited by certain parameters, you can all list at least twenty more deserving artists. This nominating and induction process is getting out of hand. Something has got to change!