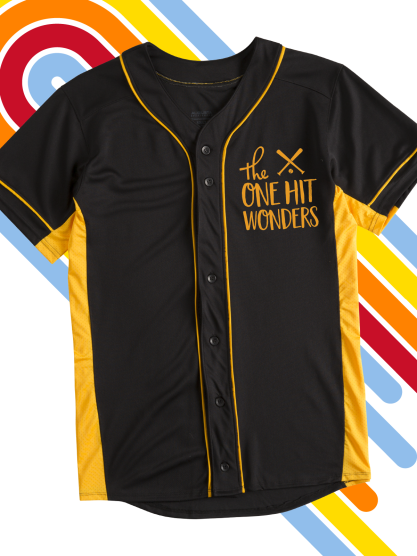 Since the COVID-19 death of the great John Prine, I have read many articles about this man. I am very embarrassed to admit that I got to his party very late, like when my older son was in college. He brought home a box set of Prine’s music, and, of course, I was floored. You see, in the pre-internet days, discovering music was difficult, plus I had a bias against folk and country artists. That all changed because of my older son.

Anyway, Prine’s lyrical points of view were always interesting to me. But, I was struck by a quote he said about songwriting. He said, and I am paraphrasing, that when he stares at a blank piece of paper, he was amazed at what he choose NOT to write about. Think about that, of everything in the world that you can write about, the writer has the ability to choose what NOT to write. It seems so simple, yet, simultaneously, it seems so profound.

Now, what does this have to do with one-hit wonders? Absolutely nothing. It’s just that I could have written about anything leading up to this point (COVID-19, some interesting factoid about one of the upcoming artists, what album I currently listening to – Cheap Trick’s Black Friday Record Store Day release Are You Ready? Live 12/31/1979 if you must know – or any other stupid crap I could think of. But, no, I wanted to admit that I am not a know-it-all when it comes to music. Sure, I know more that the average person should probably ever know, but at 57 years old, I am still discovering music from the past. But, I am a pop/rock guy who came of age at the end of the DJ-dominated era and the dawn of corporate programming and MTV, which is both liberating and a curse. But, that’s what makes one-hit wonders so fascinating to me. And, this week, we finally break into my Top 100.

So, let’s get this party started! On with the countdown. 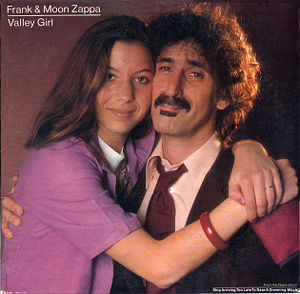 100. Frank & Moon Unit Zappa – “Valley Girl” (1982). Supposedly, Frank overheard daughter Moon making fun of the way some girls spoke at school, which Frank then immortalized in this song. Ironically, it became something of a novelty hit at the time. Yet, it has got to be included in a 1982 time capsule, along with a copy of Fast Times at Ridgemont High and the LP Business as Usual by Men at Work.

99. Midnight Oil – “Beds Are Burning” (1987). I really thought Midnight Oil were going to become something of a new U2 at the time. But, this Aussie band had bigger plans, as lead singer Peter Garrett went on to become a politician of high regard in Australia with his environmental concerns. Yet, this political rant about the Aborigines’ plight lives on.

98. Planet P Project – “Why Me” (1983). This slice of prog rock by Tony Carey’s studio group set the stage for Yes’ 90125 transformation later in the year as it combined the best of prog with flourishes of new wave. This one does not receive the credit it deserves.

97. Deep Blue Something – “Breakfast at Tiffany’s” (1995). I know the purists out there are crying, “Foul!” on this one. But, any song that claims that a relationship should stick together because of some stupid movie is too funny not to be included. Yes, it’s icky and gooey, but so is quite a bit of candy that I like. And, it’s MY countdown!

96. E.U. – “Da Butt” (1988). Before twerking, we had Da Butt. Da Butt was simply a slowed down version of tonight’s rump shaker. This slice of D.C. go-go music was included in the Spike Lee film School Daze and become a club sensation in the aftermath.

95. A-ha – “Take on Me” (1985). This was first and foremost a fantastic cutting edge video. But, I think the song is great, but a little overrated. Regardless, it is timeless. Plus, Weezer did a helluva cover version last year.

94. Scritti Politti – “Perfect Way” (1985). Scritti Politti was one of the punk bands-turned-pop masterminds that were so prevalent in the 1980s. Unfortunately for the American public, this was the only hit song the band had. To this day, I maintain that their album, Cupid and Psyche 85, is a lost classic.

93. Wall of Voodoo – “Mexican Radio” (1982). Wall of Voodoo was a great band. I saw them open for Devo during a “closed circuit” broadcast of their Halloween concert in 1983. The poor girl who went with me didn’t know what had hit her as we watched it. That became our last date. At least this song lasted longer.

92. The Weather Girls – “It’s Raining Men” (1982). One of the last vestiges of disco, this Paul Schaffer-co-write was a fantastic piece of camp that bridged the transformation of disco music into dance music. Was there really a difference? Nah! 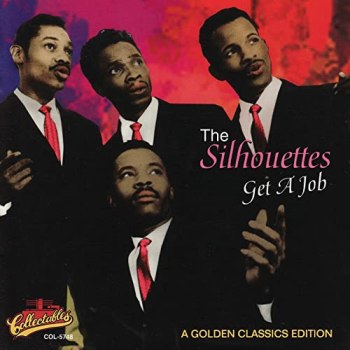 91. The Silhouettes – “Get a Job” (1957). Back during the heyday of the TV show Happy Days, we experienced a little Fifties nostalgia that our parents were driving. This song always stuck with me because of its rebellious nature masked by its humor.

90. John Stewart – “Gold” (1979). Having Stevie Nicks lend her vocal magic finally garnered the long-time critic darling songwriter his only hit song. It remains one of my best friend’s favorite songs of all-time. And, it came from the Summer of 1979, which was a stellar summer of great hit songs.

89. Thunderclap Newman – “Something in the Air” (1969). I remember loving this song as a kid. The lyrics always seems foreboding to me, which for some reason I loved as a six-year-old and continue to this day. And, then, my man Tom Petty covered it and brought the song to a whole new generation.

88. Charles & Eddie – “Would I Lie to You?” (1992). In the beginning days of grunge and New Jack musics, along came this tune that took me back to the sweet soul days of the early Seventies. This song single-handedly forced me to rediscover The Spinners, The Chi-Lites and all of the rest of those great soul vocal groups from two decades prior. What a great song that has probably been forgotten by many of you.

87. Nazareth – “Love Hurts” (1975). THE slow dance standard from my middle school years, this song was one of the first popular power ballads AND a cover of the Everly Brothers. How can you go wrong?

86. The Waitresses – “I Know What Boys Like” (1981). Talk about a great band that is unjustly remembered for two songs, this one and “Christmas Wrapping.” The Waitresses were a band that hailed from Akron, Ohio, whose female-empowering songs were written by a man, Chris Butler, and sung with perfect attitude by lead singer Patty Donahue. What a fun song!

85. Sniff ‘n’ The Tears – “Driver’s Seat” (1979). Yet another terrific song from the summer of 1979, “Driver’s Seat” happens to be one of the greatest songs to listen to while cruising at night with the windows down on a warm summer night. It also doubles as a great make out song. At least, I imagine it would be.

84. Mountain – “Mississippi Queen” (1970). This classic rock radio staple was the only hit for these road warriors, a power trio band whose members were such big men that they lived up to the name of their band with their size and their sound. Everyone has heard this one in a bar at one time or another.

83. Bow Wow Wow – “I Want Candy” (1982). This MTV staple was a cover of The Strangelove’s 1965 hit and was the only hit by this controversial band. Controversial for the early-Eighties, since the lead singer was exploiting her Lolita-like sexuality even though she was only 16 at the time. Of course, Britney Spears and Christina Aguilera made whole careers by doing the very same thing around a decade-and-a-half later.

82. Free – “All Right Now” (1970). This was America’s introduction to the vocal talents of Paul Rodgers, who’d shortly become the vocalist of the supergroup Bad Company. And, we all know this song from classic rock radio. 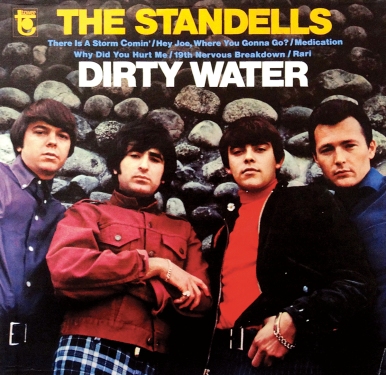 81. The Standells – “Dirty Water” (1965). In the mid-Sixties, kids were starting garage bands all over the world and having hit songs, as depicted in the terrific film That Thing You Do. The cool thing is The Standells sounded like The Stones and recorded this pre-punk classic. Then, a decade later, punk bands popped up everywhere playing this song all over again.

The numbers get smaller as the hits get bigger. Stay tuned for more of the countdown!