Welcome to Day 2 of this epic listing of my 1000 favorite albums. To me, even if I had take away the first day’s listing of amazing albums from the early days of the LP and rock music and simply focus on the music released during my lifetime, you would still have an amazing list of 990 albums. As I let that statement sink in for a moment, I have truly live through a period of time in which art and popularity actually intersecting with an exploding amount of disposable income. So, to all the artists on my list, thank you for sharing your talents and visions in a setting that moved me and helped me deal with all of the insecurities I have had as an evolving human.

I pick up my list in 1963, the year in which I was born. That year corresponds to when the album concept began to follow the standards set with the previously by viewing the long player as a total musical experience, not a collection of singles and some songs. This year also marks the year in which Rock & Roll began to morph into Rock music. It’s hard to explain, because I do not truly have a grasp on the metamorphosis, but let’s simply say that music began to include the full human experience in lyrical and musical form during this time. Suddenly, relationships, society, political stances, racial barriers, etc., were all being evaluated in this budding art-form,  moving away from the teenage laments of the early days. Additionally, the music was getting more sophisticated and becoming more of a melting pot of sounds.

And, I feel, this evolution is being displayed with today’s list. Once again, I hope this pushes you to discover or rediscover this terrific music.

Bob Dylan – The Freewheelin’ Bob Dylan (1963). At the time, Bob Dylan was a newly anointed folk god. But, my goodness! Just look at the number of rock and folk standards are on this album: “Blowin’ in the Wind,” “Girl from the North Country,” “Masters of War,” “A Hard Rain’s A-Gonna Fall” AND “Don’t Think Twice, It’s All Right.” On one album?!?! Are you kidding me?!?! That list says everything that needs to be said. 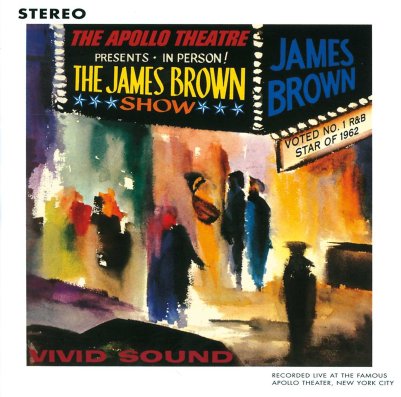 James Brown – Live at the Apollo (1963). Everything you need to know about the beginnings of funk and soul is right here. This is the Godfather of Soul’s natural habit, in the live setting, dancing and leading one of the finest musical ensembles through its paces. To this day, this remains one of the greatest live performances ever captured on vinyl.

The Beatles – A Hard Day’s Night (1964). I understand that people believe everything The Fab Four released was magical. And, quite possibly, it was. But, this soundtrack to the band’s first film is a true musical statement. Lennon & McCartney’s songwriting was on the cusp of breaking onto a whole new level. Highlights include early-Beatles standards like the title song, “I Should Have Known Better,” “And I Love Her,” “Can’t Buy Me Love” and “Things We Said Today.”

Bob Dylan – Bringing It All Back Home (1965). This is the album on which Dylan was making the transition from folkie to rocker, actually going electric on one side of the vinyl album. Here we find such Dylan classics as “Subterranean Homesick Blues,” “Maggie’s Farm,” “Mr. Tambourine Man” and “It’s All Over Now, Baby Blue.”

Bob Dylan – Highway 61 Revisited (1965). I would have loved to been a college student when this album was dropped, because I have read and heard many times that with the first crack of the drum which begins the first song, the immortal “Like a Rolling Stone,” was the sound of a whole new world opening. From the moment in which I consciously thinking this song is fantastic as a tweener, “Like a Rolling Stone” actually opened me up to new listening possibilities. Then, the former Robert Zimmerman throws in such classics as “Ballad of a Thin Man,” “Just like Tom Thumb’s Blues” and “Desolation Row.”

John Coltrane – A Love Supreme (1965). Coltrane beat his addictions before the recording of this album, so it is stuffed fully of spiritual hope all the while incorporating all of his previous innovations into a beautifully moving album. Definitely not only a jazz milestone, but a musical one. 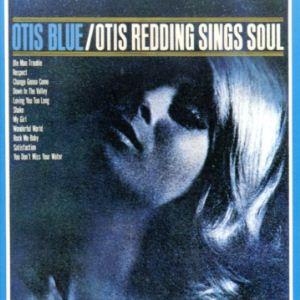 Otis Redding – Otis Blues (1965). It’s such a shame that Otis was only a couple of years away from his premature death, because when you listen to Otis Blue, you hear an artist actually finding his total vision. We all knew what kind of singer Redding was, but now his songwriting and band leadership was just beginning to peak. Plus, the man knew how to interpret others in a way that made the songs into his own. This contains his original version of “Respect,” which we all know that Aretha Franklin eventually turned into HER song. This album is a wonderful milestone of Sixties R&B.

Roger Miller – The Return of Roger Miller (1965). This might be more of a sentimental choice as I remember constantly begging my babysitter to play this album because I loved “King of the Road.” But, who didn’t? And, for that matter, who doesn’t? To me, this album was the epitome of country cool. And, I loved how I could get lost in his lyrics. While all the “little” kids were napping, I was learning about American music from this album.

The Beach Boys – The Beach Boys Today! (1965). This album represents the end of the surf/girls/hot rods version of the Boys, but it is the pinnacle of that period. Classic songs are sprinkled throughout the album, with “Dance, Dance, Dance” and “Help Me Ronda” leading the way. This album was the extension of the change Brian Wilson was making in his songwriting and production work that began with “California Girls” and will blossom in the next couple of years.

The Beatles – Rubber Soul (1965). Over the years, I’ve battled through which phase of The Beatles I have loved the most. My power pop side says it’s all about the early stuff. My sophisticated side says I’m all about Abbey Road. But, for the better part of two decades, I say 1965 and 1966 are MY years, beginning with this album. Even when I bought my first Beatles album (The Red Album, their greatest hits 1963-1966), I loved the songs from these years more than anything else. And, Rubber Soul contains “Drive My Car,” “Norwegian Wood,” “You Won’t See Me” (Badfinger’s whole career seems to be based upon this song), “Nowhere Man” (!!!), “Michelle” and one of my all-time faves “In My Life.” This is just a magical album.

The Byrds – Mr. Tambourine Man (1965). One day, folk and rock were seemingly two separate entities. Then Los Angeles’ The Byrds combined them into something of the Reese’s Cup of rock music. And, nothing’s been the same ever since. If these guys had just taken Bob Dylan’s songs and made them into rock songs, The Byrds’ career would be noteworthy. But, as America’s “answer” to The Beatles, they expanded upon The Beatles’ vocal harmonies, introduced the world to the Rickenbacker twelve-string guitar and laid the groundwork for future rockers such as Tom Petty, R.E.M., Matthew Sweet and a whole generation of others. 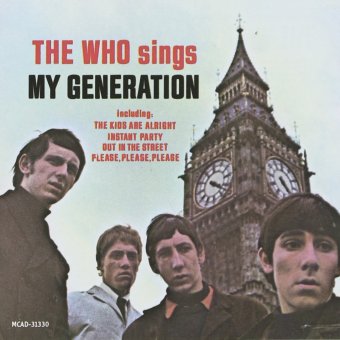 The Who – The Who Sings My Generation (1965). THIS is rock music! What The Who brought to the table is immeasurable! Without this album, the world would not know The Jam, Oasis, Blur and so many others. The Who’s music simply explodes from your speakers and pummels your soul. The Who had something of a soccer hooligan’s persona in musical form, and the whole punk movement of the Seventies thanks you.

The Yardbirds – Having a Rave Up with The Yardbirds (1965). The Yardbirds have become legendary for being the training grounds for three of rock’s most legendary guitarists: Eric Clapton, Jeff Beck and Jimmy Page. And this album lays the groundwork for all of classic rock, even though much of it has been forgotten over time. Allow me to point out just one song” “The Train Kept A-Rollin’.” That song has been covered by many artists, most famously Aerosmith, who made an influential career out of that sound. Plus, both Jimmy Page AND Jeff Beck arguably started bands that invented hard rock, if not heavy metal, with Led Zeppelin and The Jeff Beck Group respectively.

As classic as all of these albums are, we will begin to wade through some the immortals soon. And, although the work into this series has been arduous, it has been nonetheless fun.