Okay! The headline is a bit of misnomer, since I did cover two important albums from the year known as the Summer of Love. 1967 has been romanticized into some mystical time, and maybe it really was. I don’t have any firsthand knowledge. Being a cynic, I tend to think not, but there was a plethora of great albums released that year. Some of those albums are artifacts of that year, while others were transcendent. Some are even probably more known for their cultural impact than the actual music.

1967 was a watershed moment for album-based music as FM radio stations began to pop up around the country to play this music that was never meant for AM pop radio. So, in many ways the year was revolutionary in many ways. Regardless of its true place in history, here are the rest of my favorite albums from that year.

Cream – Disraeli Guns (1967). Every subsequent power trio, from The Jimi Hendrix Experience to Rush to Triumph, must give a nod to this band. Disraeli Guns is the album in which these three musical visionaries, put aside their volatile chemistry and created some fine rock music, especially on “Strange Brew” and “White Room.”

Leonard Cohen – The Songs of Leonard Cohen (1967). Is it just me, or as the years go by, does the stature of Leonard Cohen only increase? With some many songwriters being touted as poets over the years, especially Bob Dylan, Patti Smith and Smokey Robinson, for my money, Leonard Cohen is the only one who can truly be called a poet. Several of his most classic songs can be found here, like “Suzanne” and “Sisters of Mercy.” Cohen’s influence will continue to grow.

Love – Forever Changes (1967). By 1967, the LA rock scene was dominated by three artists: The Byrds, The Doors and Love. Unfortunately, Love could never really get it together long enough to cash in on their sound. Additionally, Love’s sound is now a bit dated. Yet, when you strip back the Sixties production touches, this album has some terrific music on it. Not that it matters today, but, in a historical sense, Love was one of the first interracial rock bands in the States (Remember that Jimi Hendrix got his start in England and his Experience were British as well.).

Pink Floyd – The Piper at the Gates of Dawn (1967). This is NOT the sound of the Seventies Floyd we are all familiar with. This is the original version of the band when Syd Barrett was the creative visionary and guitarist. Many critics have called this version the English version of The Velvet Underground. That’s a bit drastic, but you can discern a little of the future Floyd in the mix. This set is a group of oddball psychedelic pop/rock songs of a band that would one day rule the world.

The Beatles – Sgt. Pepper’s Lonely Hearts Club Band (1967). Here’s the granddaddy of all albums. Historically, this album is said to be The Beatles’ response to The Beach Boys’ Pet Sounds, and there may be some truth to it all. What it is, though, is an extension of all the studio lessons the boys and producer George Martin had learned over the past two years more than anything. And, as a cultural milestone, it’s impact is unprecedented and unequaled. Musicians have said they immediately pulled off the road just to listen to a radio station play the album. Jimi Hendrix even learned the first two songs on the album to play during his London concert that weekend in front of Lennon and McCartney. For all the praise I give Pet Sounds, I will hold this album just a notched below it regardless of what my older son says. When the world’s biggest band makes a musical leap like they did here, the world stops in its place to listen.

The Byrds – Younger Than Yesterday (1967). Here we have the best musical statement by the original version of The Byrds. And, quite honestly, this is the album that had to be the biggest influence on the early songwriting of Tom Petty and the sound of R.E.M. guitarist Peter Buck’s early guitar sound. If it only contained “So You Want to Be a Rock ‘n’ Roll Star,” this album would have been a must-listen. But, throw in their classic cover of Dylan’s “My Back Pages” and “Renaissance Fair,” and you have a classic.

The Doors – The Doors (1967). People have kind of forgotten that 1967 would not all Day-Glo colors and fun psychedelically-tinged music. No, shortly after Sgt. Pepper was dropped, an alluring yet dark band from the Sunset Boulevard rock scene was unleashing their take on the dark underbelly of hippie-dom. The seductive sounds of “Light My Fire” and “Break on Through” brought The Doors to the masses and changed the course of rock music forever. Now, it may be as easy to dismiss Jim Morrison as it is older Elvis Presley as drunk drugged out caricatures, but Morrison’s impact was sincere at the time. Oh! And did he really drop a F-bomb on “The End”? Yep.

The Jimi Hendrix Experience – Are You Experienced? (1967). What a sly little title! Are we talking about sex, drugs or rock & roll? Who cares! And, now we can all forget that “Clapton Is God,” the graffiti written in London back in the Sixties because Hendrix proved to be a guitar deity of a higher level than Clapton. As much as Sgt. Pepper is a cultural milestone, so is this album. And, the rock world has been desperately trying to match Jimi’s virtuosity ever since.

The Jimi Hendrix Experience – Axis: Bold as Love (1967). Do you understand that all three of Hendrix landscape-changing albums were released in a two-year time span? It’s hard to imagine. Unfortunately, Axis tends to be the forgotten album in the trio, yet it is still a terrific LP. This one might be his most ambitious sounding album of all.

The Kinks – Something Else by The Kinks (1967). Ray Davies is quickly becoming the best British songwriter by the time of this release. His keen insight into British working and middle class life is setting a new standard of songwriting for all of rock music. I swear that Pulp’s fantastic 1995 Different Class album is an updated version of this album. “Sunset Waterloo” just might be the most beautiful song Davies has ever written. On the other hand, the original version of “David Watts” is an English standard in rock music, covered most famously by The Jam. 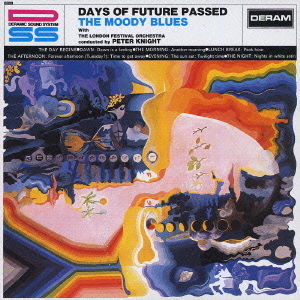 The Moody Blues – Days of Future Passed (1967). Yes, Procol Harum was the first band to integrate classical music tinges to rock, but The Moodys perfected it on this album. This album really made an impact on the American chart about five years later, but it is still a 1967 release and should be honored in that year. Additionally, this album may have been the first album created that HAD to be listened to on headphones. “Nights in White Satin” and “Tuesday Afternoon” were the songs on FM radio. While I’m thinking about it, when was the last time you heard these songs on classic rock radio. My goodness, rock radio played these all the time in the Seventies and into the Eighties. 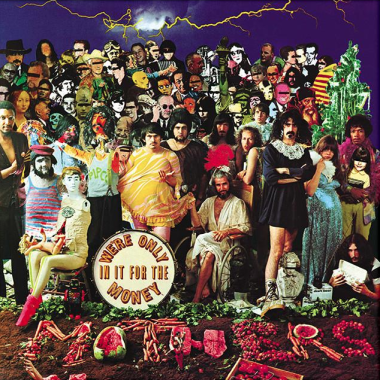 The Mothers of Invention – We’re Only in It for the Money (1967). Leave to Frank Zappa to cynically “take the piss out” of Sgt. Pepper. What a great parody of that album, from the album cover to the music to the lyrical content. I love satire and parody, and this album fills that void in spades. See?!?! Anything is now possible in rock music. 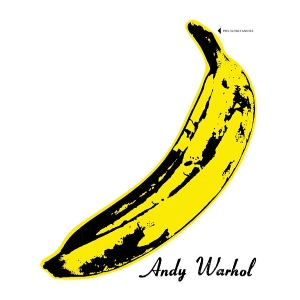 The Velvet Underground – The Velvet Underground & Nico (1967). While the hippies were spouting about peace and love on the West Coast and London was simply swinging, a New York led by Lou Reed, under the artistic guidance of Andy Warhol, was creating a totally new noise with lyrics steeped in realism about drug use, prostitutes, transvestism and other realities in the blight of the Big Apple. This music was so out of step with the moment that Rolling Stone never reviewed it. Others panned it. Yet, as Brian Eno once said, everyone that did buy the album started a band. Now, the album is held in high esteem as it predicted the whole punk movement and the “Do It Yourself” ethos of the late-Seventies and beyond. This album had a delayed cultural impact, and I actually think it is the best album of 1967. Heresy! 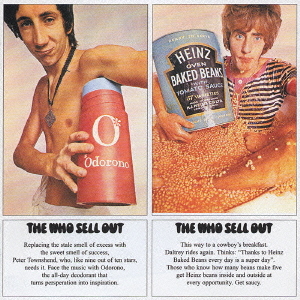 The Who – The Who Sell Out (1967). Now, initially, this album may have been too English for Americans to understand. A little background is needed. Back in the Sixties, Britain only had one radio station, the BBC (or “The Beeb”). And, they did not play rock music. So, “pirate” radio stations were set up on ships just beyond the English waters, and they broadcast like their American counterparts. This album is a homage to those stations that changed broadcasting history in the UK. That’s why there are those silly commercial parodies located between songs. When you know the context, you can appreciate the sheer brilliance of this album since it is unlike anything before or after. I enjoy this album so much more than Tommy, which gets all the accolades. The Who’s biggest hit until “Who Are You” in 1978, the terrific “I Can See for Miles” is on this one.

When you throw in the Franklin and Dylan albums I listed yesterday, you can understand why 1967 seems to be such a mythical year in the rock pantheon. Things start to get serious with the next entry. Stay tuned!