Ready for the second day’s list of albums from 1978? I am! So, I’m just going to jump in full force! 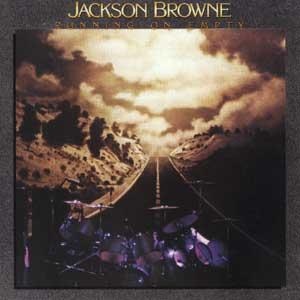 Jackson Browne – Running on Empty (1978). This pick is going to bring a smile to one of my oldest friend’s face since he is the biggest Jackson Browne fan I know. This album is not just another live album, but a set of songs, written and recorded on the road, about the realities of being a touring musician. Sure, the title song is the theme for this concept album, but the reality of the loneliness in touring is explicitly expressed in the ultimate song about being alone, “Rosie.”

Kraftwerk – The Man-Machine (1978). Everyone’s favorite android-acting analog digital nuts are back with their take on robots developing human qualities. Their work on this album is so groundbreaking that when the band toured, they actually used lifelike robots to take their places onstage. My question has always been, did the men become machines or converse? Who cares! This is just an awesome album.

Little Feat – Waiting for Columbus (1978). Little Feat just does not get enough love these days. I often think people have forgotten about them after the untimely death of visionary Lowell George in 1979. This was a very nimble band with terrific players and great songs whose studio albums tend to get overlooked, even by me. You could never pigeonhole this band into a genre. This live album is an excellent introduction to the band and their fine catalog of music. It’s so good that Phish even covered the album during one of their much-ballyhooed Halloween shows. These guys truly deserve some rediscovery. 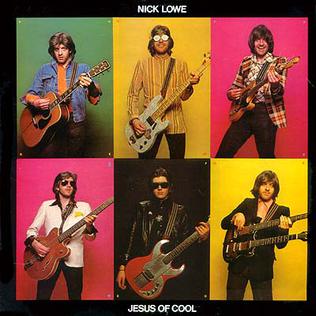 Nick Lowe – Jesus of Cool (UK title) or Pure Pop for Now People (USA title) (1978). So, Jesus of Cool was too sacrilegious for the States. Whatever, because this is one terrific power pop album, if one of the ten best ever. Lowe was one of the originators of the new wave movement with his former band Brinsley Schwarz and as a house producer for Stiff Records, especially his work with Elvis Costello. Plus, “So It Goes” sounds a vital today as it did 22 years ago.

Queen – Jazz (1978). Seriously?!?! Did I really skip the band’s News of the World album? Yes, I did. While, as a major Queen fan, I just felt like the album was lacking something after getting past the anthems “We Will Rock You/We Are the Champions.” But, Jazz, contrary to critic Dave Marsh’s horrible critic (The most fascist album ever? What’s that even mean? Christ, there were actual Nazis running around back them, and you tried to label this great band in that manner? I lost all respect for him after that.), is a terrific Queen album that keeps improving with age. It’s diverse in its musical expression, just like you want a great Queen album to be. “Don’t Stop Me Now” is more popular today than it was back in the day. “Fat Bottomed Girls” gets all the airplay today, but “Bicycle Race” is my favorite.

Ramones – Road to Ruin (1978). If an album should have made the Ramones a mainstream success, this was the album. Arguably, this album contains their band’s finest single in “I Wanna Be Sedated.” The covered The Searchers’ classic “Needles and Pins” to great success. Plus the band toned things down a bit for the very melancholy “Questioningly.” This is the work of a maturing band at the height of their powers.

REO Speedwagon – You Can Tune a Piano, But You Can’t Tuna Fish (1978). Ridiculous album title aside, this was the album in which a hardworking band from Champaign, Illinois, figured out how to combine their hard rock nature with the pop sensibilities to create what many consider to be their finest album, Hi Infidelity notwithstanding. “Roll with the Changes” and “Time for Me to Fly” remain Classic Rock radio staples to this day.

Talking Heads – More Songs About Buildings and Food (1978). The Heads take a major step forward from their debut album as the band tightened their sound under the guidance of über-producer Brian Eno. You can actually hear the band developing their funkiness that will soon blossom for them. Plus, their cover of Al Green’s “Take Me to the River” is a revelation.

The Cars – The Cars (1978). I have been thinking long and hard about this statement, so here it goes. The Cars just might be the greatest debut album ever. The songs are still all over radio, and it plays like a greatest hits album. The band had the audacity to combine arena rock sounds with new wave tinges to give us a truly American sound. This album was so good that no matter how great their other albums were, they would always pale in comparison.

The Doobie Brothers – Minute by Minute (1978). In the early Seventies, the Tim Johnston-led version of this band was one of the great boogie rock bands going. Then, Johnston left. So, Michael McDonald stepped up to lead the band into Yacht Rock supremacy. This album is THE best example of the soft rock/blue-eyed soul fusion that is beloved today as Yacht Rock.

That makes 20 albums from 1978, which means there are ten more for later. See you then. Peace!