I have to admit that I am something of a completist when it comes to albums, especially with my favorite artists. And, when it comes to lists like this one, I have a difficult time limiting myself because I truly love some albums that have been left off. Since we are dealing with 1980, I am distraught over the fact that I had to let go of Split Enz’ True Colours, Jackson Browne’s Hold Out and Van Halen’s Women and Children First, but someone had to go. Whereas Split Enz will not be on the list, the other two have multiple LPs on here. But, since Split Enz split into various other bands, one of which became popular, albeit briefly, I could console myself knowing that their lineage was safe on this monstrosity I have created.

For someone my age, who is simultaneously labeled as a late Boomer, Generation Jones (look that one up non-sociologists!) or an early Gen X-er, 1980 tends to be a very pivotal year. For better or worse, 1980 represents the changing of a governing philosophy wherein conservative thought was pushing out liberal thought, mainly due to the malaise that had overcome the world, the end of good ideas from the liberal faction and a growing cynicism toward big government. In short, politically, things were a mess, not unlike today, in which we have a reaction toward moving away from runaway conservatism toward a more progressive view of governing. Plus, Americans tend to run a political pendulum from one extreme back toward the middle. We may very well be on the swing back toward the middle.

So, in response, young people made great music in 1980. Sure, many Boomers may like to think music died when The Beatles broke up, but there is a keen interest in Eighties music that cannot be easily described as nostalgia. Shoot! There are Millennials and Gen Y-ers running around that like Eighties music as much as their generation’s. While the music seems to be steeped in various derivations of Sixties pop music, the musicians of the Eighties took those lessons and ran with it. Those lines were beginning to be blurred after the birth of the NYC and London punk scenes. Then, in 1980, we began to actually experience this change beginning to take commercial hold. And, in 1981, MTV signed on the air, and the whole phenomenon exploded.

So, let’s celebrate the changing of the guard with this first installment concerning 1980. 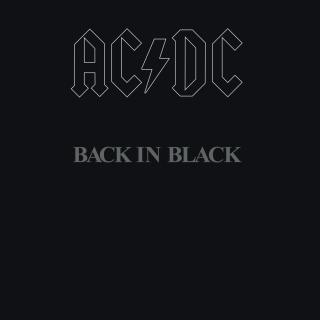 AC/DC – Back in Black (1980). What better way to kick off the Eighties than with this monster album? Remember, lead singer Bon Scott died in February 1980, as the band was recording this album. Instead of imploding, the band found another leather-lunged screamer in Brian Johnson, regrouped and channeled their collective grief into this big-selling hard rock masterpiece. You know how good this album is? Even women were buying it! If it wasn’t for AC/DC, Aerosmith, Kiss and Van Halen’s collective success, there would have not been a hair metal scene. 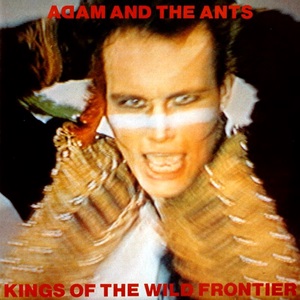 Adam & the Ants – Kings of the Wild Frontier (1980). Okay, I’ll admit it. The band’s image of crossing New Romantic, Native American and pirates was a bit much. But, their innovative use of African drum rhythms in the context of a pop/rock/dance song was a revelation. And, you really couldn’t deny Adam’s charisma. And I will go down swinging with my argument that “Antmusic” is a terrific song.

Bruce Springsteen – The River (1980). If you really want to understand the generally malaise of 1980 and its dour environment, this is the album to paint that picture. Man, the lyrics are bleak, yet tinged with a glimmer of hope. Springsteen’s characters are no longer the romantics of their younger days. Instead, they are working class people struggling to make ends meet in a changing economy. This is one excellent double album or several that were popular then.

Daryl Hall – Sacred Songs (1980). The late-Seventies were a very strange time as all the rules of music were being thrown out and musicians were starting over. Case in point, Daryl Hall. People may not know this, but guitarist Robert Fripp was wanting to form a new version of art rock kings King Crimson with Hall as the lead singer. As if seeking a trial run, Fripp produced this debut solo album from one-half of the greatest duo in rock history. This is an excellent set that gave Daryl the ability to grow as a songwriter/singer/musician, that actually paid dividends for Hall & Oates in the early-Eighties. This album is a quiet classic.

Daryl Hall & John Oates – Voices (1980). So, after their disastrous attempt to tame their music with über-producer David Foster on their last album, Hall & Oates decided to finally take control of their music. They had gone to the West Coast after their initial success after beginning in Philly. Left to their own devices, they headed to NYC since that’s where the music was happening. Next, the assembled one helluva band, which included guitar wizard G.E. Smith and bassist extraordinaire T-Bone Wolk (the “ampersand” of Hall & Oates) and just cut loose with themselves. The result was this new wave-influenced left field hit album loaded with singles. 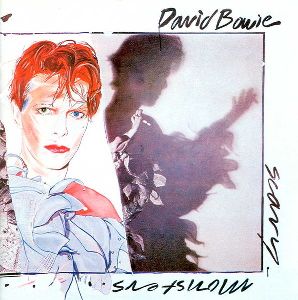 David Bowie – Scary Monsters…and Super Creeps (1980). Once again, Bowie instinctively knew how to move with the zeitgeist as he created arguably his greatest album that was one of the finest examples of Eighties alternative music before there was ever that label. He was punk, new wave, post-punk, synthpop, New Romantic and all areas in between on this album. This album does not get the love from classic rock radio that it deserves. Seriously? Why doesn’t radio play “Fashion” and “Ashes to Ashes” to death as they do with earlier Bowie hits? 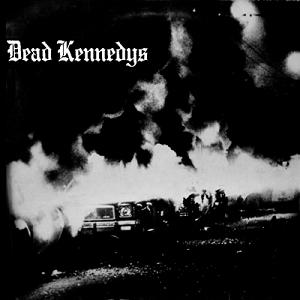 Dead Kennedys – Fresh Fruit for Rotting Vegetables (1980). The California punk scene was a helluva lot more scarier than New York’s artier version and London’s posturing. These youngsters had been living the conservative “dream” for eight years under Governor Ronald Reagan, so they knew what disenchantment was ahead for their brethren, and they were out to let the world know. One of the leading lights of this hardcore scene was the appallingly named Dead Kennedys. To them, there were no sacred cows and rampant capitalism was the culprit of all social ills. At the time, I thought they might just be right. In my thirties, I was pretty sure they were. Then in my forties, I thought they were correct. Now, in my fifties, I KNOW they were absolutely correct! 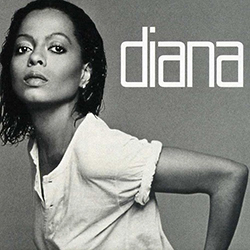 Diana Ross – Diana (1980). Perhaps the least vocally talented of the original Supremes, Ross absolutely exuded the correct ingredients for a diva. And, the woman was vocally talented enough to be able to adapt to any style. So, it was a brilliant move when she teamed with Nile Rodgers and Bernard Edwards of the Chic Organization for this HUGE dance club album. I know, “Upside Down” was the big hit, but “I’m Coming Out” is the most memorable song on this excellent album on so many levels.

Echo & the Bunnymen – Crocodiles (1980). As I state earlier, we are in a time of reinvention. So, of course, it makes perfect sense that a band would latch onto some touches of psychedelia and even some Jim Morrison-like vocals to create a new, exciting sound. And, in walks Echo & the Bunnymen with just that sound. Outside of the American mainstream, Echo made some of the finest music of the Eighties. Though, they had big hits on college rock radio later, this album is a fine introduction to the band.

Elvis Costello & the Attractions – Get Happy!!! (1980). On his first three albums, Elvis had set a new standard for songwriting by combining much of the classic sound of Sixties-era based R&B rock with a punk ferocity, so what did he do next? He stuffed as many songs onto a single album as humanly possible. This album is a quick run-through of 21 songs in just over 30 minutes. And, there is absolutely no filler here, just Elvis at his best. 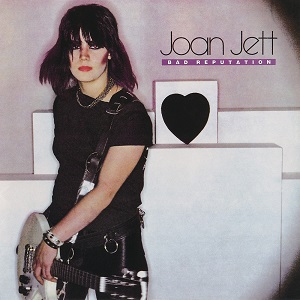 Joan Jett – Bad Reputation (1980). What’s a woman gotta do to get a solo contract? First, leave the groundbreaking band The Runaways, then hook up with a Sixties bubblegum songwriter/producer in Kenny Laguna to tighten a punk pop sound that would be exploited by such artists as Green Day, The Offspring, Jimmy Eat World and all the rest. Jett deserves every accolade that comes to her, and this is the beginning of a brave new world for a strong, single-minded female. This independently-released album was a beautiful middle finger to all the major labels who thought they knew what the kids wanted.

That’s it for today! See you next time. Peace.