Happy 39th birthday to MTV! No kidding! MTV blasted onto the cable feeds across the country on this date back in 1981. And, for a generation of people, it was the channel that made us a community. MTV is no longer that cultural touchstone since they remove the Music from MTV.

To me, 1981 was a transition year in many ways. Culturally, we were moving into the digital age, which caused much economic stress. Politically, the pendulum was beginning to swing back to the right after reaching its leftward trajectory in the Sixties. And, musically, this was the year BEFORE video actually killed the radio stars. AOR was at its peak, as it will begin its descent toward the oldies circuit. Additionally, the first crest of new wave had left its mark and receded a bit. However, new art forms were coming into focus, with post-punk and synthpop beginning to make inroads, while rap was beginning to take over the urban underground. And, in that underground, the art punks and the hip hop artists were cross-pollinating that will soon bring forth new sounds.

On a personal level, 1981 was the year I transitioned from a high school student to a college student. So, in a way, I was breaking the “bondage” of a town I swore I would leave behind forever to face a new, emerging world. And, like so many of us, I ended up breaking that vow when jobs actually brought us back to that very town a decade later. Funny how karma can be. 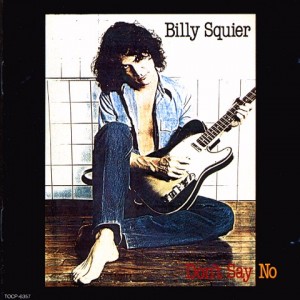 Billy Squier – Don’t Say No (1981). When I first heard Squier’s first hit song “The Stroke” I actually thought Queen has made a pretty cool followup to “Another One Bites the Dust,” even though I was certain that Freddie was NOT the singer. For some reason, Squier hit the zeitgeist of the year with his synthesizer touches on the standard AOR sound. I swear that you could not escape this album being blasted out of dorm rooms on the Ball State campus that year. You know what? It still sounds good today, as I just recently listened to the album for the first time in 30+ years. 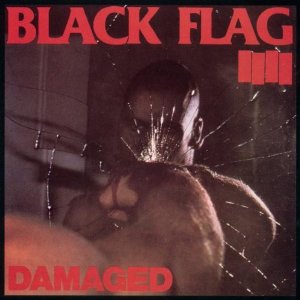 Black Flag – Damaged (1981). I met a group of guys in the dorm who turned me onto those great Eighties hardcore bands. Those guys appeared to be some of the scariest guys on campus, but they were really nice, intelligent guys. But, man, did they ever love this album, as well as being some of the first Henry Rollins fans. In all honesty, this Black Flag album spoke to many people my age who were disenchanted with the changes Reagan was bringing to the country. Unfortunately, most people I knew would rather just party and not pay attention to what was happening.

Brian Eno & David Byrne – My Life in the Bush of Ghosts (1981). After teaming together to help create three classic Talking Heads albums, this dynamic duo, during a Heads hiatus, took the Remain in Light sound, experimented with loops and samples to create one of the most haunting albums from that time. In lieu of traditional vocals, this pair went around the world to record exotic musicians playing and vocals from alternative sources, such as an exorcism, a reading from the Qur’an (which was removed after requests from those associated with the Islam faith) and radio talk shows. The mixture seems to be against nature, yet somehow worked to perfection. 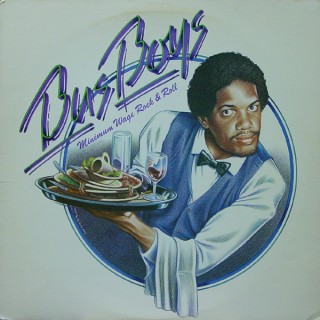 Bus Boys – Minimum Wage Rock & Roll (1981). Talk about an excellent band that has gotten overlooked over time. Hell, they might have been overlooked in the early Eighties if not for some huge fans in Eddie Murphy and the SNL family. The band opened for Murphy on his Raw tour and found their way on the first Ghostbusters soundtrack. And, their debut album is the perfect stuff for a party, much like the far more popular J. Geils Band. Maybe racism work against them a bit since their sound was not made for R&B radio formats, while white rock radio wouldn’t give this mainly black rock band a place in their format. And what a shame, since they might be one of the great lost bands of the Eighties.

Dan Fogelberg – The Innocent Age (1981). C’mon people! Give Dan a break! Sure, he did spend a lot of time singing those damn ballads, but his lyrics were poetic and his production impeccable. And, man, the college women loved this album. This is simply Fogelberg at his very best, as this double album really has no filler. Plus, I remain a sucker for “Same Old Lang Syne.”

Daryl Hall & John Oates – Private Eyes (1981). The followup to the duo’s landmark Voices only upped the ante for them. Hall & Oates actually smoothed the rough edges for the production on the songs making them sound state of the art for the early Eighties. And, this mature set gave the band two more number one hits in the title song and the immortal “I Can’t Go for That (No Can Do),” which was a huge hit on black radio as well. Now, Daryl and John were able to surf a crest into rock immortality.

Foreigner – 4 (1981). If there was one album from 1981 that seemed to be handed out to us at our high school graduation, it had to be this one (though Journey and REO had to be close behind). Hell, I even saw the band with opening act Billy Squier in the fall of that year, a concert that simply screams “1981.” Obviously, Foreigner was huge to my age group, but they always had seemed a little pedestrian for my tastes. But, they hit a home run on this album. All I need to say is “Urgent,” “Waiting for a Girl like You” and “Jukebox Hero.” This album would be noteworthy if only for Junior Walker’s sizzling sax solo on “Urgent” or Thomas Dolby’s synthesizers throughout the album, but together? Please. 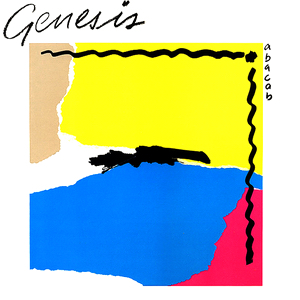 Genesis – Abacab (1981). The trio version of Genesis, the most commercial iteration of the band, started in 1978 with a decent album called And Then There Were Three, followed by 1980’s good Duke. Then, drummer Phil Collins changed everything in the spring of 1981 with his critical and commercial hit Face Value solo LP debut along with that Eighties standard “In the Air Tonight,” and everything changed for the band. So, on this album which was released in the fall of 1981, Genesis combined the influenced of Phil’s new found drum sound (thank you Peter Gabriel) and post-punk sounds to create a compelling new direction for the band. And, here was the big breakthrough that carried the band to new heights in the new decade.

Joan Jett & the Blackhearts – I Love Rock ‘n’ Roll (1981). So, Joan, the former Runaway, went solo the previous year, but no label wanted to sign her with her bubblegum/punk fusion sound. So, she started her own label and flipped the bird at the industry as she rode the commercial success of the title song to number one. Of course, the album followed suit and now Ms. Jett and her band are members of the Rock & Roll Hall of Fame. There’s nothing sweeter than that story.

Journey – Escape (1981). I gotta admit that I was a huge Journey fan at the beginning of 1981. Then, this album hit, and every Tom, Dick and Harry suddenly became Journey fans that I just couldn’t take it any more. Then, it was as if overnight, every radio station was playing a song off this album. Truthfully speaking, Escape IS a great album, but damn! How many times do we really need to hear “Don’t Stop Believing”? Oh well, I had hoped the band would be discovered by more people, but this just got too crazy for me. Still, the album is a fantastic slice of Eighties AOR, and Steve Perry possesses one of the most golden voices of all-time. 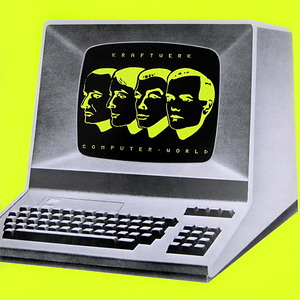 Kraftwerk – Computer Love (1981). I know that I say this every time Kraftwerk comes up with an album on this list, but, dammit, these guys are way too important to rock music to leave them out of the RRHOF. And, this album did so much to broaden synthpop’s appeal across the board. In 1982, rap will embrace the sound as Afrika Bambaataa samples the band for his landmark hit “Planet Rock.” The band will soldier on with their career, never ruining their reputation while never reaching the heights of their late-Seventies/early-Eighties run.