Let’s get rolling with the rest of my favorite albums from 1984.

R.E.M. – Reckoning (1984). If you were expecting more abstract art rock from the Athens, Georgia boys, then you did really understand the band. In concert, these guys rocked out loud and often. In the studio, they played around with textures and soundscapes. On their sophomore release, R.E.M. got a tiny bit more direct, while still mixing their Velvet Underground/Byrds/Patti Smith fetishes with a touch of southern Gothic to create a more mature step forward. They were the musical change that sprouted big time in seven or so years.

Sade – Diamond Life (1984). Little did we realize at the time that the beautiful and talented Sade would still be periodically pulling our heartstrings with her wonderful mix of jazz, Seventies soul and a smoldering coolness for decades to come. This is the album that captured us forever. Since she takes years between albums, her sound never goes out of style, but the general public unfortunately forgets about her greatness.

Sheila E. – The Glamorous Life (1984). Most thought Sheila E. burst on the scene with a little help from Prince’s alter ego Jamie Starr with this album and title song. But, don’t forget that Morris Day and Jerome Benton threw her in the garbage bin near the beginning of Purple Rain, which she proved immediately was not her destiny. The cool thing about this album was that she added a Latin touch to the Prince’s Minneapolis Sound, as well as some horns. Of course, when a protege finds success, Prince finds a way to co-opt that sound and put it into his by eventually adding Sheila E. to his 1986-1989 touring band. 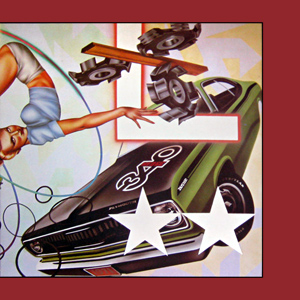 The Cars – Heartbeat City (1984). After three good but not great albums, The Cars hooked up with rising star producer Matt Lange to create the second best album in their catalog. Additionally, the band upped the ante by coupling the singles on the albums with some of the most endearing music videos of their career. Not only were those videos endearing but they pushed the boundaries of rock videos to works of art in their diversity and brilliance. Unfortunately, the band was also falling apart just as they reached their commercial pinnacle.

The Pretenders – Learning to Crawl (1984). By the end of 1982, singer/songwriter Chrissie Hynde was standing with half of her band dead due to drug overdoses. And, instead of packing it in, Hynde turns around and pour her soul into the songs on this album. Turns out that Chrissie was a survivor, along with original drummer Martin Chambers. This album is all about the band finding the strength to continue onward. 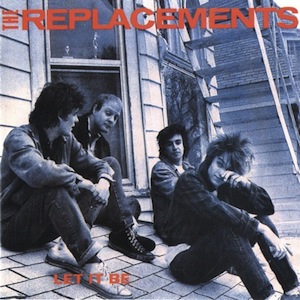 The Replacements – Let It Be (1984). Back in 1984, Minneapolis was a musical hotbed, but not simply because Prince was from there. Besides the Purple One and his coterie of funkateers, there was a vibrant punk scene that included Hüsker Dü and this band of lovable drunk losers called The Replacements. On the band’s previous two albums, they dabbled in a very loose form of punk rock. And, then, this album was dropped, which had the whole Ball State campus buzzing. Of course, the band was based in punk, but they took turns dipping their toes in country, Stones-influenced rock, teenage boy humor and even a Kiss cover. The Mats were just the tonic for the Eighties.

The Smiths – The Smiths (1984). In the US, college kids had R.E.M., and, then, the UK got their jangling guitar band in the form of The Smiths. But, the Smiths were influenced more by the early-Seventies British glam rock scene than the NYC punk scene, which made for some very exciting music. Quickly, The Smiths became the English alternative rock counterpoint to R.E.M., making for a brief but media-hyped competition between the two bands. If you continue to call this music “mope rock” you are totally missing singer/lyricist’s sense of humor.

The Style Council – My Ever Changing Moods (1984). So, Paul Weller breaks up The Jam just as they were on the cusp of taking over the world so he could dive headlong into a heady mix of Mod soul and Europop that became one of my favorite bands of the Eighties. Much like The Beatles, The Style Council’s first couple of albums were a different mix of songs than what was released on the other side of the Atlantic. Therefore, I got way too used to this order rather than that of the European version called Blue Café. Plus, this album has the version of “You’re the Best Thing” that is my wife’s and my song.

The Time – Ice Cream Castle (1984). So, by the time this album was released in conjunction with Purple Rain, original band members Jimmy Jam, Terry Lewis and Monte Moir were gone, replaced by competent albeit nondescript musicians. Still, this album blew up big time behind the immortal singles of “Jungle Love” and “The Bird.” Not a band album, but this lineup was a step down from the original.

Tina Turner – Private Dancer (1984). This album just might be the greatest comeback story in rock music history. Turner had gained fame as a member of the duo Ike and Tina Turner. Unfortunately, Ike was a controlling and abusive ass, so Tina bolted as a battered woman. Slowly, she worked her way back into prominence, with the help of some young hotshots like the members of Heaven 17 and Dire Straits mastermind Mark Knopfler to craft one landmark album. Seriously, any album that contains a cover of “Let’s Stay Together,” “What’s Love Got to Do with It” AND the title song deserves a place on this list.

U2 – The Unforgettable Fire (1984). Seriously, was anyone anticipating U2 beginning to incorporate subtle esoteric guitar soundscapes? I mean, just last year, they were rocking nearly as hard as any metal band, and now they are going all Cocteau Twins with Edge’s guitar screeching and soaring to places never touched over a bedrock rhythm section still firmly grounded in traditional Zeppelin-ish rock. The album was mind-blowing at the time, but it set U2 up for their megastardom within a couple of years.

Van Halen – 1984 (1984). Van Halen was always the party band of my generation. But, now, EVERYONE was partying with them. They took metal in a non-cartoon-ish direction. David Lee Roth was more of a game show host than a lead singer, while Eddie Van Halen, fresh off his “Beat It” cameo, smiled instead of grimacing in a fake orgasm as he shredded his guitar. And, all the while, bassist Michael Anthony and drummer Alex Van Halen laid down some of the most solid rhythm ever. Once again, VH combined humor and metal with some strong pop hooks to create a timeless sound. However, I still want to punch the guy in the dorm who played “Jump” over and over and over for three straight hours! Nobody wants to hear someone do that to any song!

And, folks, that wraps up 1984. While not as deep as other years in the Eighties, it still had some very strong albums. See you next time! Peace.