1988 was the year in which I began to hide my “adult” albums with the intent of keeping them away from my older son. At the time, we really didn’t fully comprehend just how precocious he was for his age. How could we? We had nothing really to base his behavior on. On my days off, he and I would make our trek to the local record store to browse. He would sit on a crate of albums and flip through them occasionally pulling one out and asking me what the artist’s name was. If he liked their name, then he would ask me to buy it. His favorite band name at age 3? Little Feat. I sure it was the visual that intrigued him on a concrete level.

Although I was still hanging a bit to my youthful tastes in music because of 97X in Oxford, Ohio, I could feel that I was barely staying abreast with the music scene by this time. You can only last so long on the periphery of youth culture before it passes you by, no matter if you continue to read Rolling Stone and Spin magazines. It is inevitable. I would have a mini-rebirth when my boys were in their teens and early-twenties, but it could feel my youthful idealism slowly falling through my hands.

Sure, great music will continue to be created by talented people, but 1988 marks the year in which it began to harder to stay current even though I was probably still far from the beach of adulthood indifference. Actually, I never have reached that point, I am simply more selective. As the song from that very year by the forgotten band The Pursuit of Happiness was titled, “I’m an Adult Now.”

Still, there was some terrific music released in 1988, so let’s get to it. 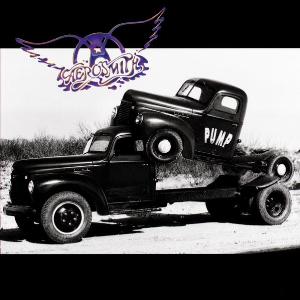 Aerosmith – Pump (1988). By the time I was in high school, Aerosmith had become passe through their substance abuse. Oh, to a middle schooler, they were awesome with Toys in the Attic and Rocks earning many spins on my turntable. But, by high school, I was over them. Then, in 1986, Run-D.M.C. revived their career. This was the band’s second album of their late-Eighties revival and it’s a dandy. Easily, it is their third best album, right after the aforementioned two.

Bobby Brown – Don’t Be Cruel (1988). Before he became Mr. Whitney Houston, unfairly I might add, Brown was first a member of New Edition then a major solo artist. On this album, he personally put an end to the sound of Michael Jackson’s Eighties pop sound by combining R&B, funk and hip hop into what was called New Jack Swing. At that moment, you just knew that hip hop was ready to burst out of the underground to become the dominant sound of the next 30 years. 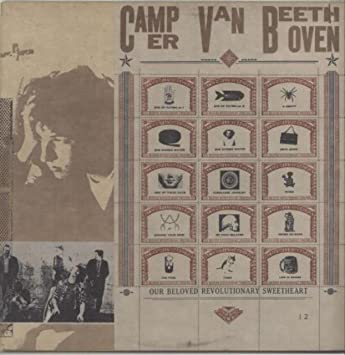 Camper Van Beethoven – Our Beloved Revolutionary Sister (1988). As one of the last alternative bands from the early-Eighties alternative scene to sign to a major label, CVB continued their surrealist take on rock music. At times, when they played it close to straight, you might think this band could become a big deal. Then, they would always take their eclectic musical turns that would eternally keep them with their cult. This is MY Grateful Dead. 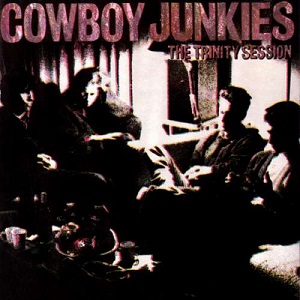 Cowboy Junkies – The Trinity Sessions (1988). It seems like every couple of years, some artist comes along and drops an album that simply sounds out of time and timeless simultaneously. That’s what happened here. Cowboy Junkies convened in an abandoned church to record a haunting acoustically-based surprisingly urbane take on country music. It sounded as if The Velvet Underground had suddenly been transported to the Middle America and raised on country music. Unfortunately, the band could not replicate the magic they put on wax, but this is another forgotten classic. 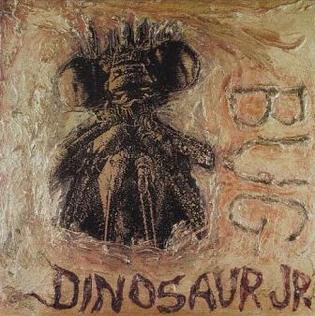 Dinosaur Jr. – Bug (1988). I consider Dinosaur Jr. to be the first truly Gen X band because of all the slacker references that surrounded them. Just because they said they only sat around and watched TV does NOT mean they were serious about their craft. If they weren’t the first grunge band, they were the genre’s John the Baptist. 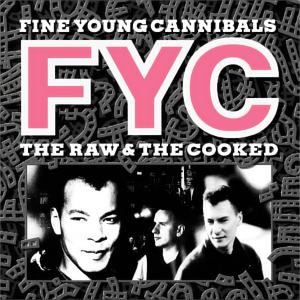 Fine Young Cannibals – The Raw & the Cooked (1988). FYC represented a major step forward in dance/rock music. Plus, their secret weapon was their Sam Cooke-channeling lead singer Roland Gift. Who knew that once the trio tasted success that they would go their separate way? 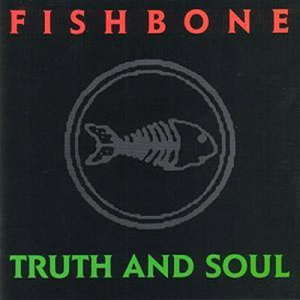 Fishbone – Truth and Soul (1988). By 1988, their was a newer sound that was coming out of Southern California that was taking the underground by storm. This sound was based on the late-Seventies UK ska scene but added elements of funk and metal. The two big bands at the time were the Red Hot Chili Peppers and Fishbone. Honestly, at the time, I thought Fishbone was the better band. They were smart, unrestrained and way more funkier. Personally, I feel like no one could figure out how to market a band of intelligent and talented black men who refused to play “black” music. I saw them last summer, and they still brought the goods. Unfortunately, yet another brilliant band that got lost along the way. 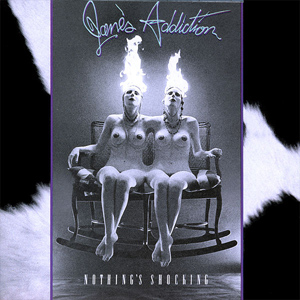 Jane’s Addiction – Nothing’s Shocking (1988). Here’s another of the great late-Eighties alternative bands who were fearless in combining musical sounds and textures that seemed at odds with each other. To me, they were the new Led Zeppelin, as distilled through punk rock. I will NEVER understand why rock stations of the time refused to play these bands, only to force “Classic Rock” down our throats. 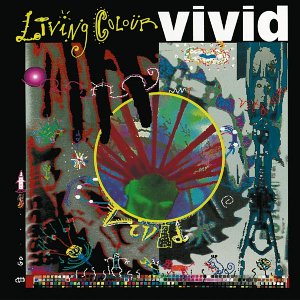 Living Colour – Vivid (1988). What seemed natural to people my age was blown way out of proportion by those in the media who were older. Those same media types had no problem loving Jimi Hendrix and Sly Stone when they were younger, but, in 1988, when black men were rocking out, as Prince, Fishbone and this band did, oh, the apocalypse was coming! What BS! Living Colour should have been yet another great rock band in the annals of history if not for racism and a total disregard for a new generation of musicians.

Metallica – …And Justice for All (1988). After Cliff Burton died in that fateful tour bus crash, no one knew what to expect from Metallica. So, they regrouped, got a new bass player (Jason Newsted) and proceeded to record one of the great metal albums of all time. This is a double of pure metal thrash and expanded jams that no band had the balls to ever create. In other words, they got all of their grandiosity out with their emotions and put it all on vinyl. And, it remains a landmark album to this day. Footnote: Metallica got screwed when Jethro Tull was given the first Grammy for Best Metal Recording over this album. Please. 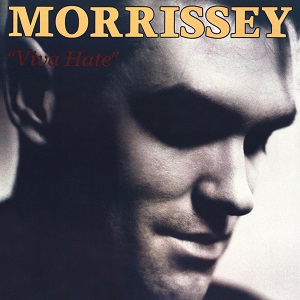 Morrissey – Viva Hate (1988). When The Smiths dissolved, people were anticipating what Morrissey would sound like without Johnny Marr’s swirling guitar attack. In all honesty, that is exactly what was missing on this album but not nearly missed as much as you would have first thought. Morrissey just went about his songwriting business to create an excellent ending to his need for his old partner. Unfortunately, few solo Morrissey albums would be as interesting as this one. 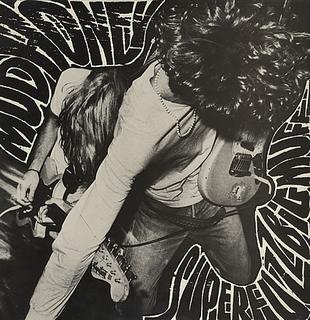 Mudhoney – Superfuzz Bigmuff (1988). I remember when I first began to hear the Seattle bands on 97X. The first one that they played was this band called Mudhoney. That band’s music was so different than anything else. It sounded murky, almost stoned, loud and heavy yet it was all held together by a melody. This was an unusual take on punk and metal, and I loved it! After Mudhoney, Screaming Trees and Nirvana soon followed. But, at least for me, this was the beginning of something new. 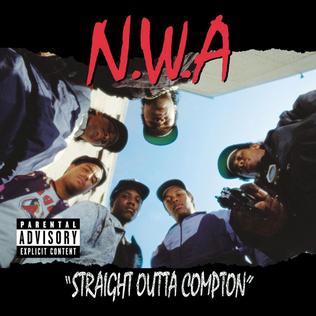 N.W.A – Straight Outta Compton (1988). Every time I turned around when I was younger, conservatives were constantly placing blame on everything but the outcomes of their own economic policies. So, in their minds, when metal and Prince accusations of subverting the minds of the youth wouldn’t stick, they turned toward the world of gangsta rap because of their use of violent inner city tales. And since N.W.A was upfront about the whole disparity between the world whites and blacks, they immediately drew the ire of politicians and police. They were the Sex Pistols of the hip hop world. You know how stupid people are? Controversy ALWAYS increases album sales. That’s why 2 Live Crew went platinum with their crappy music. You know, it would’ve been so cool to have had a big festival with N.W.A, Guns ‘N Roses, Public Enemy, Metallica, R.E.M., LL Cool J, Prince and U2 headlining? Hell, I’d still go see that one.

Looking back, 1988 was a pretty solid year for music. See you again for Day 2. Peace.