Back in the early-Eighties, while taking a college history/political science class, I was required to read a relatively new book at the time by a professor named Howard Zinn. That book was People’s History of the United States. That book changed my life. I had been aware of various “forgotten” stories in our nation’s history since my dad and uncle were both history teachers. Additionally, my favorite high school teacher, next to another one of my moms-away-from-home, journalism teacher Imy Rhule, who was the mother of a set of twins with whom I ran track and cross country for YEARS, American History teacher Denny Wallace encouraged me to delve deeper into the history of this country. Between those three men, I really got the sense of America’s atrocities in addition to her triumphs. Then, I read Zinn’s book.

Well, I bring this up because the American holiday of Thanksgiving is fast approaching. And as I aged, I came to appreciate this holiday. While I no longer buy into the American myth of Christopher Columbus “discovering” this continent or the Pilgrims coming to America in “peace.” I am fully aware of how white European settlers committed genocide on and unwittingly introduced their diseases to Native Americans that we could never repay those people.

Instead, I chose to enjoy this holiday as a day of family. When I was younger, I would have two Thanksgivings celebrations, with each relatively small side of my family. After getting married, I then spent the next 25 years or so celebrating with my in-laws, until my mother-in-law became in capacitated. Still, my wife’s side of the family kept things going in the 2010s by holding the ever-expanding celebration at various places. First, after my mother-in-law passed away, things were weird. But, we kept going, with my wife attempting to hold her family together. Now, as of August, her father has left us, so Thanksgiving was going to be especially strange this year.

But, now, with this country putting stupidity ahead of science, COVID-19 is EVERYWHERE! I cannot believe how many people I know who are either positive or have full-blown symptoms. Fortunately, none have been hospitalized, but those that have symptoms say they have never felt worse. Unfortunately, every one of those people refused to wear masks in public, mocking much of what the science says. So, because of COVID and all the idiots who think mask-wearing is weakness or being a socialist (those people were stoned during Government classes!), we will not be having our annual large gathering.

As a matter of fact, we are not even having our little immediate family gathering this year. My dad is 85 and his wife is 87. While he is physically healthy, he is showing mental signs of aging, and she is beginning to have some physical problems. Therefore, they are staying home. My aunt is staying home as well, even though she does not have any kids. She’s elderly as well, so she is out. Likewise, my older son, his wife and daughter are still quarantining away from us (I haven’t seen Sloane since August and that drives me crazy!), so they’re out too. That leaves my younger son, his wife and son to come over. We watch Crosby one or twice a week as the two work different shifts. So, they are included in our bubble. So, Thanksgiving will be so different this year.

But, one thing we can turn to in order to escape the bummer of this coronavirus pandemic is music. Today, I created a Thanksgiving playlist and thought I would share it with you good people. Of course, I have removed ALL of the little kids Thanksgiving songs from this list. Anyway, if you want to add “Thanksgiving Shark,” you can, but it is as annoying as the original version. So, this Thanksgiving, let’s bring a little peace, love and understanding to the world and try to unite to make things better. 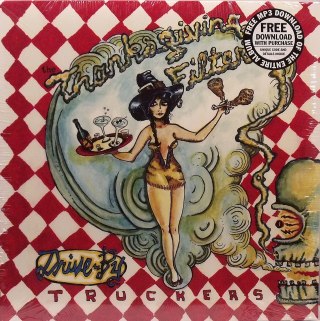