It’s Thursday, February 3, 2022, and Central Indiana is getting pelted by the first significant snowfall in a few years. I went out a couple of hours ago just to push some snow out of the way for our Shi-Tzus to get outside for their business, and the little snow I moved has been replaced by nearly an equal amount. That means we have gotten somewhere between 6 and 8 inches of the white powdery stuff.

Since we live in the country, I had to make arrangements with a man to plow our driveway. Ten years ago, I would have had to have lined up a guy at the beginning of winter, but since snow seems to be skipping around Indiana, I really had not made those arrangements. But, since we might end up with double digits in snow, then I thought it prudent to get this arrangement finalized before the guy inundated by requests.

Now that I have that aspect of our boring life under control, let’s get back to my list of women who deserve to be immortalized in the Rock and Roll Hall of Fame.

50. MC Lyte. One of the first female MCs of hip hop to have a career that wasn’t a flash-in-the-pan. Best song: “Cold Rock a Party”

49. Kate Bush. I love Kate Bush, who might just be the person on whom Peter Gabriel based his solo career. As her influence continues to grow, I see her backers for induction growing as well. Best song: “Running Up That Hill”

48. Selena. To be honest, I am either too old or too Midwestern to fully grasp Selena’s impact. Hell, if I am totally transparent here, I had not even heard of nor read about her until her tragic and untimely murder. But, I will try to put her contribution in perspective for her impact on the Millennial and Latinx populations. Best song: “I Could Fall in Love”

47. Lucinda Williams. Thank God someone came up with the Americana tag for those musicians equally influenced by folk, country and rock & roll because a great songwriter like Ms. Williams would have simply been lost to time. Instead, we now know that she is truly timeless. Best song: “Can’t Let Go”

46. Bikini Kill. Arguably the best of the Riot Grrrls, Bikini Kill also made some inroads in the mainstream without ever compromising their aggression, venom and unique take on feminism. Best song: “Rebel Girl” 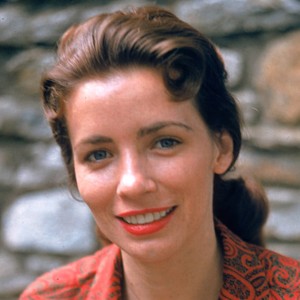 45. June Carter Cash. From the first family of early country, The Carter Family, June blazed an impressive trail as the latter-day muse of her second husband, the immortal Johnny Cash. But June was more than Johnny’s second fiddle. This strong woman was a role model for numerous women rockers over the decades. Plus, she was a first-rate singer, songwriter and musician. Best song: “Juke Box Blues”

44. Alanis Morissette. There is some DNA running through the music of Liz Phair, PJ Harvey and Alanis Morissette. While the first two wrote and recorded raw emotions and music, Morissette struck hard on the mainstream, taking all of us with her. Best song: “You Oughta Know”

43. Dionne Warwick. The great-aunt of Whitney Houston burst onto the scene in the 60s with her soulful blend of smooth R&B, bringing out the urban feel of white bred songwriters like Burt Bacharach & Hal David, Neil Diamond, etc. Best song: “Walk on By”

42. Carole Kaye. This woman was the bassist extraordinaire of the LA session players collectively known as The Wrecking Crew. Ms. Kaye held the bass on a multitude of songs by the likes of Frank Sinatra to The Beach Boys to The Grass Roots to Carpenters, and all places in between. Best album: Pet Sounds by The Beach Boys

41. The Shangri-La’s. I firmly believe that every woman who had hits during the new wave days of the late-70s and early-80s had been influenced by the vocals, music and image of this all-girl group. If we don’t get The Shangri-La’s, then we get a totally different version of Debbie Harry, The B-52’s women, Bananarama and Madonna. These women were street smart and sensitive. Best song: “Remember (Walking in the Sand)”

40. X. Perhaps X is the premier LA punk band, who had something of a Jefferson Airplane-thing going with co-lead singers John Doe and the exquisite Exene. Best Song: “The Hungry Wolf”

39. Patsy Cline. Perhaps Ms. Cline is the greatest female country singer ever. Then again, maybe not. Regardless, she continues to cast a long shadow of all of popular music despite her early death. Best song: “Crazy”

38. Carly Simon. If Carly had only written “You’re So Vain,” she would deserve induction. But, she maintained a high level of songwriting right through her most recent material. Best song: “You’re So Vain”

37. Tracy Chapman. Ms. Chapman was the one artist that transcended the whole neo-folk scene of the 80s. Her debut album remains a landmark in her description of the plight of the inner city. The sad part? This album’s lyrics remain just as true today as they were then. Best song: “Talkin’ ‘Bout a Revolution”

36. Emmylou Harris. Initially, Emmylou was the counterpoint voice-of-an-angel to Gram Parson’s aching voice on Parson’s two solo albums. Yet, after the untimely death of Parson, Ms. Harris spread her wings to become one of the greatest country artists ever. Best song: “Boulder to Birmingham”

35. Queen Latifah. The most important female voice of the Golden Era of Hip Hop. When Latifah spoke, you HAD to listen. This was a strong woman who wasn’t going to take any shit from anyone. Nothing but respect for the Queen! Best song: “Ladies First”

34. Ella Fitzgerald. How is one of the greatest jazz singers of all time not part of the Early Influences of the Hall of Fame? Tragic! Best song: “Airmail Special”

33. The Marvelettes. One of Motown’s most important early all-women singing groups is STILL not in the Hall. This over-sight needs to be addressed. Best song: “Please Mr. Postman”

32. Mary Wells. I know that Ms. Wells left Motown as the label’s first important artist, but that is no reason to keep her out of the Hall any longer. Her hits kept Motown afloat until the artist dam broke. Best song: “My Guy”

31. Carpenters. I remember when I was a youngster thinking the Carpenters’ music was nothing but schlock. Then, I became an adult and listened to their Singles 1969-1973 album and was blown away by Karen’s voice. The knowing pain she convey butted up against to that perfectly executed music giving the overall sound a tension that is anything BUT schlock. I am a big proponent of their induction. Best song: “Superstar”

30. Sleater-Kinney. These women make up arguably the finest punk band of the 90s, regardless of the gender of the band members. Best song: “One More Hour”

29. TLC. The Supremes of the 90s is highly underrated. This group is loaded with two talented singers and one outstanding MC. Plus, they had a string of hits that is difficult to beat in any decade. Best song: “Waterfalls”

28. Fiona Apple. What is it about the tiniest women being some of the most fearless songwriters and musicians in rock? Ms. Apple took the whole Gen X feminist view and made it her own. Sure, she takes years between albums, but she ALWAYS delivers. Best song: “Criminal”

27. Hole. Courtney Love’s excellent grunge band Hole recorded three outstanding albums while she was in a relationship with Kurt Cobain. Unfortunately, rumors have dogged the band that Cobain wrote everything on them. Who cares!?!? Someone had to record them, and Hole knocked all those songs outta the park. Give the band their due! Best song: “Celebrity Skin”

26. Roberta Flack. What a terrific singer/songwriter thrown into the R&B scene. My opinion is that if Bill Withers is (rightfully) inducted, then Roberta Flack, who is very similar in my book, she be as well. Best song: “Killing Me Softly (With His Song)”

And, now we have 75 women or female-dominated acts who all should be inducted into the Rock & Roll Hall of Fame. Stay tuned for my Top 25. Peace.