If you were in college during the heyday of Prince’s Purple Rain, I remember hearing people say they could not wait for his next album. I am sure they were all expecting Purple Rain II. And although I had only been a fan of Prince since his 1979 eponymous album with the great “I Wanna Be Your Lover”, I told these newbie fans that Prince’s next album will explore something totally different. Purple Rain had been the culmination of his work from Dirty Mind through 1999. Something just told me that His Royal Badness would be moving in another direction. I especially got that feeling after watching he and the Revolution stretch out many of his songs on that VHS concert film covering his Purple Rain Tour.

But, I was not ready for that pastel Easter egg of an album that Prince and the Revolution dropped on us on April 21, 1985. The Sgt. Pepper-esque album cover should have been a clue that Prince was really embracing the psychedelia of the Summer of Love and integrating those sounds into his own funk-rock amalgamation that he had forged. I had read that the Purple One had become intrigued with the sounds being created in the Los Angeles Paisley Underground scene. He was so enthralled with that scene’s sounds that he would eventually give the Bangles a song he had written during that era (“Manic Monday”) and eventually signed one of the better bands of that scene to his Paisley Park label (The Three O’Clock). The Paisley Underground embraced many of the sounds of the mid- to late-Sixties, from the Beatles’ Rubber Soul sounds of the Bangles to the Sweethearts of the Rodeo-era Byrds influence of The Long Ryders right through the baroque music of Jellyfish.

Whatever it was, Prince was inspired by these bands to go back to the real sounds of the psychedelic Sixties and began the grand experiment with his music. All of a sudden, strings were being added to dance cuts to give them a psychedelic feel. Thrown in a sitar here, Hendrixian guitar blasts there, Beach Boys-styled vocals underneath, all while still using that Minneapolis Sound that he created in the first place. All of a sudden, while on his crowning tour, Prince was plotting to scale back his career to more manageable levels, all the while expanding his music in exciting new ways.

Upon first listen, Around the World in a Day was jolting. What the heck was going on? Then, within a couple of weeks, I heard Tom Petty’s new single at the time, the classic “Don’t Come Around Here No More”, as well as the Eurythmics’ new LP, Be Yourself Tonight, and all of a sudden it was clear – a change was coming to music right then in 1985. We were entering an Ecstasy-influenced psychedelic era in music.

Around the World in a Day began with the very Sixties-sounding title song. The sound that Prince and the Revolution were creating was something altogether different than anything they had done previously. The next song was Prince’s song that became something of his theme song, “Paisley Park”. This song was Prince’s version of “Penny Lane”, in which he was remembering places in his past that would become part of utopia. Remember, the song’s title became the name of his recording studio complex. But most importantly, I remember thinking that I am NOT shaking my ass to this music! No! I was listening to it!

“Condition of the Heart” is the third song on Side One. This song was a loving ballad directed at one of Prince’s girlfriends of the moment, probably Susannah Melvoin, Revolution guitarist Wendy Melvoin’s twin sister. The song reminded me a bit of “Beautiful Ones” on Purple Rain but with more melancholia. 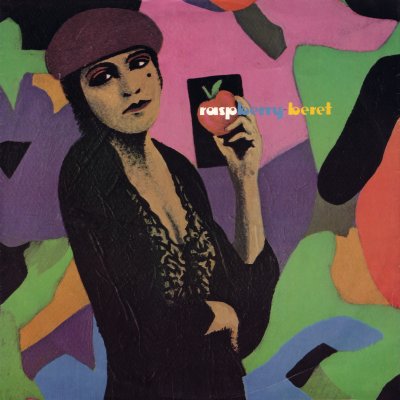 By song number four, we were ready for some funk. And, Prince delivered one of his all-time classics, “Raspberry Beret”. This song was his big hit on this album and the most successful experiment on this album. Finally, Prince found a way to integrate a little Beatles into his purple funk. But, this song was a masterpiece on every level: as a pop song, a dance hit, a rocker and as a heir to George Clinton’s Funkadelic utopia.

Side One wraps up with the not-so-subtle double entendre “Tamborine”. Who knew that the only musical instrument that I could play a little could be turned into a sexually-charged song. Unfortunately, the song was something of a dud. So, I used to skip this song and flip my album over to Side Two.

Prince kicks off Side Two with a confusing song called “America”. Where Prince’s protest lyrics were direct and on-target on songs such as “Controversy” or “Ronnie Talk to Russia”, Mr. Nelson attempts to tackle the whole “right versus left” thing that we were just being to experience here in the States. Unfortunately, Prince swung and missed on this song, which sounded as though he was just trying to hurry up to get this album out. 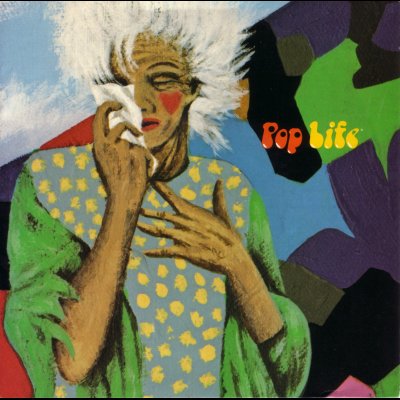 But, then “Pop Life”, a duet with Sheila E., comes up to give the listener a pop delight. This was just a perfectly executed pop song, plain and simple. But, that was the last song of any worth on this album, unfortunately.

The last two songs are the kind of self-indulgent art songs that Prince and the other artists of the late-Seventies and early-Eighties were trying to wipe out. The next to last song is the five-minute, 26-second “Stairway to Heaven”-wannabe “The Ladder”. Sorry, Prince! If I really want to listen to your version of that Led Zeppelin standard, I will listen to “Purple Rain”!

Finally, to wrap up this mess of an album is a mess of an attempted epic called “Temptation”. During this horrid song, Prince spends his time pleading with God for forgiveness for him succumbing to the desires of his Flesh. Just as Prince is condemned to Hell, Jesus steps in to save Prince with His salvation. I am certain that this song would have become the showstopper that Prince had intended it to be if he had just taken some time to improve it. But, after listening to eight-minutes and twenty-one seconds of this mess, I forgot I was actually listening to my heroic Prince and had somehow put The Moody Blues on my turntable. As much as those two songs smelled liked a dropped turd, Prince proved how he could consciously drop caca on us in the late-Nineties when he was fighting with Warner Brothers over the control of his music. At least the poor songs on this album were failed experiments in an attempt for greatness.

The great news from Around the World in a Day was that Prince was going to be traveling in challenging directions in his music for the rest of his career. And, those of us who were committed to follow this unique musical talent were going to be given an enriched musical life.

So, I’ve come to thank Prince for this album. Not for the music that was on the album, but for the exhilirating music that was to follow in the future. Believe it or not, at this point, Prince had given us three hands-down classic albums (Dirty Mind, 1991, Purple Rain), but he was about to drop on us five more classic albums over the next eight years!

Hold on tight! It’s going to be a crazy ride!