Back in the mid-Eighties, I came across several independent rock artists who were slowly gaining some cult status across the U.S. of A. You would never hear them on commercial radio, but you could hear their albums being played at independent record stores and radio stations. These artists were the direct descendants of the U.K. punk scene of the late-Seventies, but being Americans, these artists tended to crank the volume up to “11” or higher and tried to play as fast as they could. They were all about raising a racket with their instruments, and they all succeeded on various levels. These bands would tour the States in a beat up van, playing any night clubs, pizza parlors, gay club or teen dances that would book them in a city. This was the era of DIY – Do It Yourself!

These bands really did not share a sound, as some were loud and fast, while others were melodic and haunting, and all points in between. What they did share was a disdain for what was popular at the time. The bands that arose during this period were R.E.M., Sonic Youth, the Replacements, Minutemen, Black Flag, the Dead Kennedys, Butthole Surfers, Camper Van Beethoven, Meat Puppets, Red Hot Chili Peppers, Pixies, and the band I would like to introduce today, Hüsker Dü. 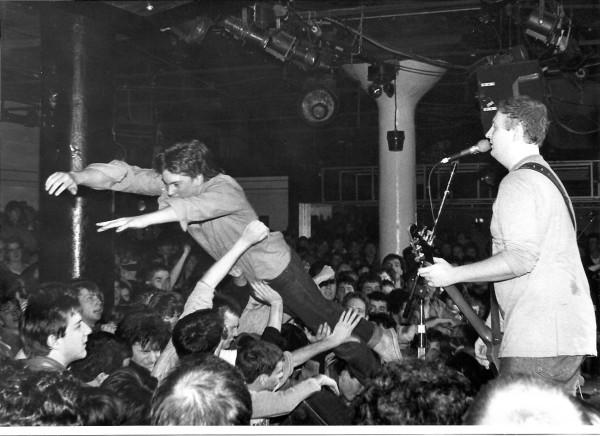 Hüsker Dü was the name of popular memory game and means “Do you remember?” in Danish and Norwegian. When the band took this name, their purpose was to play songs fast and loud, many of which would barely last two minutes in the beginning. This was do to the fact that they could not sing the French part in the Talking Heads’ classic song “Psycho Killer”. So, by playing loud and fast, while shouting the lyrics, they could skip the song’s verses that were in French, and no one was worse for the wear.

As time moved on, the band, a power trio of guitarist Bob Mould, bassist Greg Norton and drummer Grant Hart began to integrate some melody into their noise that eventually would pave the way for the Pixies and another little Nineties band by the name of Nirvana. Sure, upon first listen, I really thought this was just noise, but as I listened more carefully, I discovered a sweet melody holding the noise together. This was especially true of Bob Mould’s songs, though Grant Hart’s later songs also worked around a melody. What Hüsker Dü was playing was an extreme noise version of power pop. Shoot, go listen to their song “Makes No Sense at All” from their 1985 Flip Your Wig album, and try to tell me that it is NOT a power pop song.

Unfortunately, this trio could not hold on together forever. When you have two of the three members writing songs, and one member producing the albums (Mould), there will be fights over money. Mould was making more than the other two since he was getting producer, writer and player royalties, while Hart received royalties for writing and playing, and Norton only got playing royalties. Whenever their is an unequal splitting of the cash, animosity will rear its ugly head. And, eventually, that caused the band to break up in 1987. But, during the years 1984 through 1987, Hüsker Dü had a budding career that few artists could claim.

In 1984, Hüsker Dü created and released alternative music’s first rock opera, Zen Arcade. If you think of The Who’s Quadrophenia being played at break-neck speeds, then you have Zen Arcade. The difference was that Hüsker Dü was not yearning for its youth, but they were calling out other youths who were feeling the alienation caused by the so-called “success” of Reaganomics on youth of Eighties America. 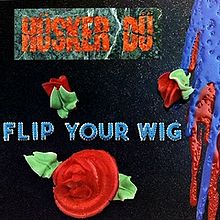 The band followed up that masterpiece of a double album, with two more classic albums that more or less mined that same theme of the alienation that comes with a “Trickle-Down Economics” policy that really did not trickle anywhere. Those albums were New Day Rising and Flip Your Wig. In addition to those two albums, Hüsker Dü also released a classic cover version of The Byrds’ “Eight Miles High”. This was all completed in 1985 while still on the independent label SST. 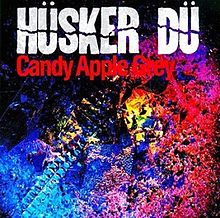 Finally, in 1986, Hüsker Dü signed with a major label, Warner Brothers/Sire. Much was expected of their first major label release that year called Candy Apple Grey. Though much of the harshness of the band’s instruments were taken down a notch, the American public was not ready for what these boys from Minnesota were offering. In 1987, Hüsker Dü came back with another stellar double album called Warehouse: Songs and Stories. Once again, the band was now four years too early for the ears of America. It was then that the animosity within the band got to each other and they all went their separate ways. Let’s just say that these guys have relatively nothing nice to say about the others, which is too bad since their catalog could use some remastering for the digital age. But, as long as they continue to be sour toward each other, the world will probably never get to hear Hüsker Dü in all of their glory.

Now, I have been talking about ho)w prolific Prince was. Remember that during his meaty years (1982 to 1987), Prince released five albums, two of which were double albums, 18 B-Side singles and 18 twelve-inch extended release singles, as well as shelved at least three albums: one a single album (Camille) one a double album (Dream Factory) and the other a triple album (Crystal Ball). During that same time frame, these fellow-Minneapolis hardcore rockers released two Extended Plays, or EPs, (Metal Circus and Sorry Somehow), six albums (Everything Falls Apart, Zen Arcade, New Day Rising, Flip Your Wig, Candy Apple Grey and Warehouse: Songs and Stories), and two singles (“Eight Miles High” and “Love Is All Around”). And two of the albums were double albums as well (Zen Arcade and Warehouse). What is it about Minnesota that allows their artists to be so prolific? Maybe, it’s the winters?

So, what became of the members of Hüsker Dü? Bob Mould has had a more successful solo career than the original band did, plus he did put together one of the best Nineties power pop bands called Sugar. Drummer Grant Hart had a band in the early-Nineties called Nova Mobb, but recently has begun a quiet solo career. And, finally, bassist Greg Norton is now an in-demand chef and is completely out of the music business. If this band were to ever be inducted into the Rock and Roll Hall of Fame, we will probably never get to see them play together. But, like I said earlier, if it wasn’t for Hüsker Dü, what would have the Pixies or Nirvana have sounded like?