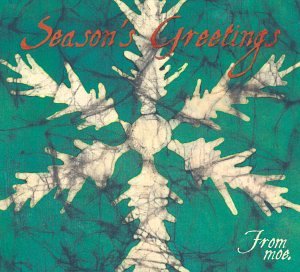 In this ten of my Top 100 Christmas songs, you will find a couple American Idol also-rans, a jam band, an American Idol champ, a few legends, and a hair band. It may be one of the more eclectic group of songs in my Top 100. I would like to thank my blogging friend, the mighty HERC, for adding the music in the comment section, since I have not taken the time to use the full powers of this blog. So, let’s get this countdown going!

70. Al Green – “The First Noël” (1990). The Reverend Al Green has few peers vocally, and proves it on this song. This was the standout song on a Contemporary Christian Music Christmas compilation from the early Nineties. Rev. Al never forgot his soulful roots.

69. Boyz II Men – “Let It Snow” (1993). Remember when the band was one of the biggest singles artists in the world? They recorded a decent Christmas album at the peak of their career, and this is my favorite song on that disc.

68. Haley Reinhart & Casey Abrams – “Baby, It’s Cold Outside” (2011). These two singers had been contestants on American Idol back in 2011, but I don’t really remember where they finished. I just remember that they had some chemistry during a performance the two had on the show. So, I downloaded this version that drips with sexual tension. Who knows where they are today?

67. moe. – “Together at Christmas” (2002). Who knew this jam band from the Nineties and the Aughts had a brilliant Christmas song in them. As a matter of fact, this might be their best song, period.

66. Carpenters – “Merry Christmas, Darling” (1978). I’ve stated it before, Karen Carpenter had one of the most sorrowful voices, and this song touches upon that isolation she naturally felt.

65. Burl Ives – “A Holly Jolly Christmas” (1964). Ol’ Burl was a mainstay on my mom’s turntable, but my generation probably remembers this version from the great Rudolph, The Red-Nosed Reindeer TV special.

64. Carrie Underwood – “Hark! The Herald Angels Sing” (2009). Every knows that Underwood has the pipes since her win on American Idol. And, she proves it once again on this hymn.

63. Extreme – “Christmas Time Again” (1992). Unfortunately, this talented hair metal band hit during the waning days of the genre. Still, they had enough in the gas tank to record this brilliant Christmas original.

62. The O’Jays – “Christmas Ain’t Christmas” (1987). These soul gods released another soulful slow dance song for the yuletide. Christmas IS the time for romance.

61. Charles Brown – “Merry Christmas Baby” (1946). The blues legend recorded this blues Christmas song, and it remains the best version to this day.