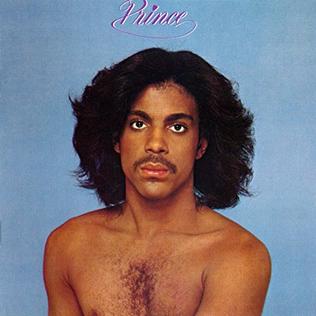 I realize it is a day earlier, but tomorrow marks the 38th anniversary of Prince’s appearance on Dick Clark’s landmark music show here in the States, American Bandstand. I vividly remember that very day. I had first seen Prince on Midnight Special a couple of weeks earlier and was blown away by that performance. I was over at my first high school girlfriend’s house. While the rest of the house was not impressed, I was transfixed by that vary performance.

On that January Saturday afternoon, I had gone to school in the morning for basketball walk-through before our game that night. I then went over to that aforementioned girl’s house for some lunch, thanks to her wonderful mother. I talked basketball with her dad, since I was the only sports fanatic walking through his front door since he had three girls in his house. After lunch, I drove back home to lay on the couch to watch Prince on American Bandstand.

Sure enough, there he was, that little, talented pipsqueak of a rock god, rate there on my television, lip-syncing the hell out of his first real Top 40 hit, had “I Wanna Be Your Lover”. Once again, he was mesmerizing. I had not ever seen anything like him. Oh, sure, I had seen clips of Little Richard from the 50s, James Brown and Sly Stone from the 60s and Michael Jackson earlier in the 70s, but I was not prepared for what I witnessed as Prince tore it up during “I Wanna Be Your Lover”, then showed that a black dude could rip a guitar “solo” during his performance of “Why You Wanna Treat Me So Bad?”

I was so excited, that I quickly got up and drove down the road to the local record store in the town near me, Sun Records. When I walked in, I asked the owners if they had the most recent album by a new artist by Prince. The owner who looked like a refugee from Woodstock that stopped in Central Indiana after following the Grateful Dead across the country and just decided to put down roots here and open a record store and head shop near me. His first response to me was, “You look like a white guy to me.” Then he smiled, turned around to grab a copy of the album, titled Prince, from behind him at the counter, and then said, “This will really change your world, dude. Enjoy, but come back in a week and give me your review.” I quickly paid him, he gave me the album, I hopped back into the car and drove the three miles back home.

When I got back home, Mom met me asking why I shot out the door so fast? I told her that I wanted to get this album to listen to before leaving for my game in a couple of hours. Quickly, I darted past her after giving her a peck on the cheek, went to the bedroom, closed the door, cleaned the album and put it on the old turntable. And, what I heard changed my musical tastes forever. That was THE moment I became a big fan of Prince.

The album begins with his first Top 40 hit, “I Wanna Be Your Lover”, which eventually stalled at #11. Thank goodness it did, so we had room for the latest crap by Neil Diamond or Kenny Rogers to take up good places on the local radio stations’ playlists. I digress. That first single I ever heard by the Purple One from Minneapolis was a disco/funk/rock/pop amalgamation of the likes I had yet to ever hear. Sure, the album cut was longer and played up its dance elements, but I was hooked. Plus, for some reason, the song had the rhythm of a basketball game. With that song in my head and soul, I dropped 18 points that night.

The second song was the other one Prince preformed on both TV shows, “Why You Wanna Treat Me So Bad?” Now, this song rocked every bit as much as it grooved. It was absolutely the first time that those two sides of my musical personality met each other, and they loved it! As a matter of fact, I ended up loving this song much more that “Lover”. I especially loved his stinging guitar solo that rode out the song all the awhile I wanted to dance.

After that one-two punch, Prince’s music continued to impress me. “Sexy Dancer” showed that he was almost ready to take the funk mantle from George Clinton’s crumbling empire and run. Prince then proved that he could do a Barry White slow song using a Smokey Robinson falsetto on “When We’re Dancing Close and Slow”. Prince gives us his take on a typical R&B ballad of the day on “With You”.

But, nothing prepared my almost 17-year-old ears for “Bambi”. It begins with a Hendrixian guitar intro, and keeps the rock groove throughout the song. “Bambi” sounded like nothing I had heard up to that point; however, in retrospect, it does foreshadow the music of the late-Eighties Black Rock Coalition metal band Living Colour. If Vernon Reid did not get three-quarters of his ideas from this song, then he should have started here. “Bambi” then gives way to Prince’s take on a Lionel Richie song with his own “Still Waiting”.

The next-to-last song on the album is the oft-covered “I Feel for You”. While Prince’s version is playful and exciting, we all remember Chaka Khan’s ultra-hot version from 1984 that added some rap and hip hop sounds to make this terrific song her own. Still, what Chaka Khan did is a rarity, yet it does happen (Everyone remember Sinead O’Connor’s version of “Nothing Compares 2 U”?).

Finally, Prince ends his eponymous sophomore album with a more Prince-like mid-tempo song with “It’s Gonna Be Lonely”. At the time, this was an unusual move to epic the song with something of an epic song, as though Prince was reaching for his version of “Stairway to Heaven”. Now, we all know that he would finally reach that epic song in five years when he records “Purple Rain”. But, at this moment in early 1980, Prince was still discovering his talents. Still, Prince stands as a grand statement of artistic vision as we had seen since Stevie Wonder and Marvin Gaye both declared their artistic independence at the beginning of the Seventies, and we all know how that turned out for them. And, as excellent as this album was for Prince at the time, we will all be dumbfounded AND amazed by the work he will release to the public (and the work he will NOT release as well) by the end of the Eighties. What Prince ultimately showed us is that we have an artist who will be artistically swinging for the fences.

Thirty-eight years ago tomorrow, I began my own musical trip with Prince. I stuck with during those heady days of the Eighties, through the artistically interesting Nineties and into and throughout the commercial wilderness of the Twenty-first century. What made Prince my favorite artist throughout his whole career was his willingness to follow his own muse and not pander to what other thought he should do, though he did come close to doing that on his 1999 release Rave Un2 the Joy Fantastic. The man’s music got me through some difficult times and helped me celebrate some joyful times. Unfortunately, he died much too young. Still, I expect to continue to hear “new” music of his as his people go through The Vault and discover some of the brilliant, yet unreleased, music that he shelved as was his want.

Prince was the singularly most exciting musical talent of my lifetime. And, I miss him nearly as much as I miss some of my departed loved ones.