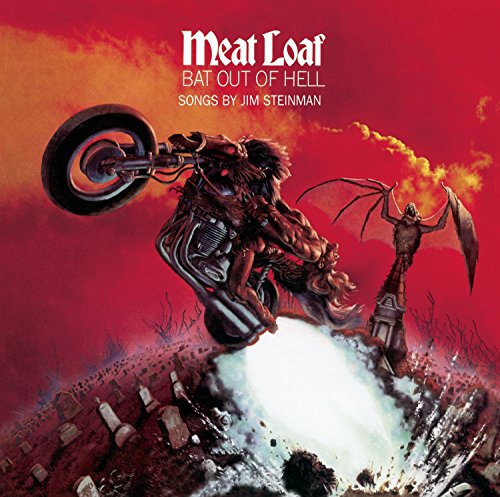 On March 25, 1978, the older members of Generation X may not remember the date, but they may remember the musical guest on that night’s episode of our collective favorite show, Saturday Night Live. The most successful late night sketch comedy show turned away from its usual guests that appealed to the aging Woodstock Nation to bring us our first portion of Meat Loaf. That night, we all were grabbed by the throat of this sweaty, long-stringy haired behemoth with one of rock’s most powerful voices that seemed more suited for Broadway than rock music. Yet, something grabbed us all. It wasn’t all at once, since Meat’s first album, the now-classic Bat Out of Hell, was a slow burner. Yet, that one album, along with maybe Pink Floyd’s The Wall, collectively defined a group of people coming of age with its very own rock opera that was never a Broadway hit, but a much bigger hit in the hearts of these people who are now entering their mid-Fifties. 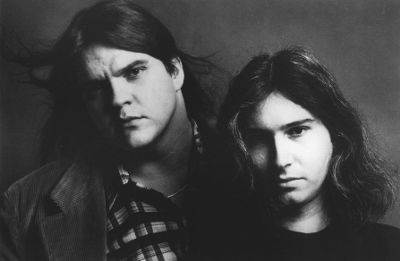 As usual, that night on SNL, Meat, the album’s songwriter and visionary Jim Steinman, and a band of crack session musicians lit up “Two Out of Three Ain’t Bad”, that first power ballad that struck a unifying chord within all of us at the time, and an in-concert video of the album’s penultimate song “Paradise by the Dashboard Light”. In the months and years following our first exposure to this creature with the emotive vocals touched what some critics cried at the time a schmaltzy place in our hearts. I dare you to find someone from the Western world who is in their mid-Fifties who does not like Meat Loaf’s Bat Out of Hell. Hell, even my beautiful wife, who “tolerates” my pastime, loves this album.

Like I said earlier, a young, nerdy Jim Steinman had written a batch of songs that were his attempt to update those teen operas that were so popular in the music of the early-Sixties. His vision was to create an off-Broadway show, but after he met his rock voice, this man called Meat Loaf, the former high school football star who was hit in the head by a shot put, a solid twelve-pound ball of steel, ending his career and forcing down a path of performance, the two worked on this set of overblown rock songs that coupled art rock, Broadway, Springsteen, punk and AOR into one glorious piece of music. 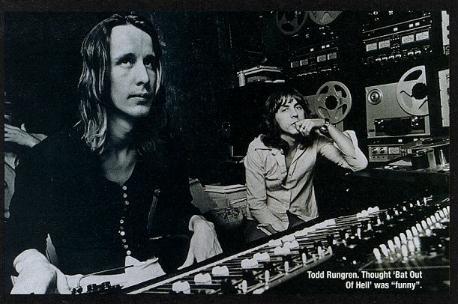 Eventually, rock music renaissance man Todd Rundgren caught wind of this project and offered to produce it. Rundgren, a half-rebel and full-genius, innately understood the project and worked with the pair to create this magnificent album. So Rundgren called in some ringers that could pull off the music. Notable names like E Street pianist Roy Bittan and drummer Max Weinberg; Utopia and Rundgren sidemen bassist Kasim Sultan and drummer John Wilcox; Edgar Winter added sax; powerhouse female vocalist Ellen Foley (who would go on to star in the TV show Night Court) to list a few of the bigger names. Shoot, even New York Yankees broadcaster Phil Rizzuto, doing a double entendre radio broadcast of a baseball game (or was it about the couple who were parking at the time in the song), performs on the album.

The album as a whole is a magnificent piece of fantasy as a coming-of-age story. During the first song, “Bat Out of Hell”, our hero is changed, a la puberty, into a hyper-male ready to take on the world by the end of the song. By the second song, “You Took the Words Right Out of My Mouth (Hot Summer Night)”, our hero is running into his first bout of sexual frustration. By the end of Side One, the hero, is it Meat Loaf or is it Jim Steinman, has found his first love and now is full of testosterone and ready to party.

Side Two, begins with the big hit “Two Out of Three Ain’t Bad,” one of the greatest break-up songs of my time period. Sure, it’s a bit callous, but really, how many of us were good at breaking up back then? Finally, we get to THE song for which this album is best remembered, “Paradise by the Dashboard Light.” This is the old tale of the male’s cavalier attitude toward sex versus the female’s emotional response toward the act of making love. Throughout this song, our hero is weighing his options between this beautiful woman in front of him who wants a commitment and the possibility of a future smorgasbord of women, which we all know is a false reality. Yet, by the end of the song, our hero gives into his desire and promises to love this woman until the end of time. Unfortunately, the relationship has soured and both are praying for the end of time, as life is wont to be.Finally, the album ends on another big Meat Loaf ballad “For Crying Out Loud,” during which our hero finds out that life is worth living and accepts reality as is and gets on with living. Bat Out of Hell is an album for the ages, inadvertently about growing up.

Of course, the history of the album is wrought with controversy. Though the great Ellen Foley sang on the album, Karla DeVito is the woman best remembered for her performance in the video for “Paradise by the Dashboard Light” who lips syncs while Foley’s voice is heard. Foley could not tour, so DeVito was hired for the tour. And, when management decided that the song need a video, well those in charge told the touring band to make the performance video. Of course, this is a very sore point between the two female singers that remains sensitive to this very day.

Bat Out of Hell has sold over 20 million copies to date, which is not bad for an album that never reached the Top 10 during its time. In the UK, at one time, the album held the record for the most consecutive weeks on their album chart. And in the States, the album is still showing up on occasion on the Catalog Album Chart for older albums. It is a classic album that made a bundle of money for the three main creative forces involved: Rundgren, Steinman and Meat Loaf. And, as Rundgren went on his way producing other artists and recording albums with Utopia and a solo album, Steinman became a big time in-demand producer in the early-Eighties. Meat Loaf, on the other hand, has been up and down. Eventually, in the early-Nineties, these creative minds re-convened for the follow-up Bat Out of Hell II: Back into Hell. It was a solid album, but, unfortunately, lightning did not strike again like the original did. But, then again, you usually only get one album with which to change music history. And, Meat Loaf and the gang did it back in 1977 with the release of Bat Out of Hell.