As rock music’s popularity rose, rock bands began to need to perform in larger venues in to play concerts in order to meet the demand of fans who wanted to see an artist perform live in concert. All of a sudden, The Beatles were performing in athletic stadiums across the United States during their last tour in 1966. And, they were followed by The Rolling Stones, Led Zeppelin, Pink Floyd and the Eagles, who were all selling out large arenas throughout the world in the Seventies. Suddenly, musicians had the ability to make larger amounts of money when they toured larger and larger venues.

The next big development that happened was the rock festival, which quickly rose and burned out in the States at the same time these multiple artist, multiple day outdoor gatherings were pulling in hundreds of thousands of young people. Yet, there was a major drawback to these huge venues, and that was the ability to reach the people who seemed to be miles away from the stage. Bands like the Grateful Dead were sonically innovated as their sound engineers were able to bring their fans top end sound, which left fans visually in wont.

Then, in the Eighties, acts such as the Rolling Stones and Bruce Springsteen, worked to bring the stage antics to the masses way back to those in the crappy seats with the development of large video screens. Those screen were used to big success to bring intimacy back to the concerts in huge venues. Now, huge high definition screens to bring the visual side of a concert to the masses. Now, a concert attendee can enjoy the concert. Those two technological advancements in sight and sound would allow festival planners to flourish here in the States, in addition to improving the whole experience for attendees.

As rock fans demanded to see their heroes in a live setting, it became necessary to streamline their music for optimum effect. All of a sudden, a whole scene of artist whose music could artistically fill the stadiums with quality sound and bombast. And, thus, entered a group of musicians who were able to straddle these new requirements artistically, much to the chagrin of rock music critics. But, these people were filling a “need” within the industry, and these artists are finally receiving their due, as Journey, Boston, Foreigner and Styx became not only big sellers of albums but also of tickets for each of their tours. A whole new paradigm had been invented in rock music, which has evolved from auditoriums to arenas. stadiums, race tracks, and other large acreage farmland being used for a rock concert.

So, today, I bring 20 more artists who are the unsung heroes of this very influential genre. So, let’s get this countdown going.

Best Song: “Smoke on the Water”

Best Song: “Pour Some Sugar on Me”

Best Song: “Rainbow in the Dark”

Best Album: What Were Once Vices Are Now Habits

Best Song: “Another Park, Another Sunday”

Best Album: Fool for the City 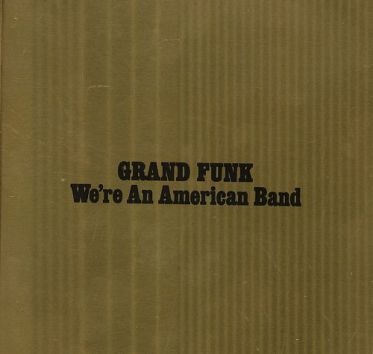 Best Song: “Never Been Any Reason”

Best Song: “How Can I Refuse”

Now, we have 40 artists listed, with 60 more to come over the next few days. Hang on! This ride will continue to build!