We are now in the homestretch of 2018. We just completed a ten-week chunk of time during which many good albums were released. I have been struggling to listen to all of this new music from the likes of Paul Simon, Paul McCartney, Paul Weller and a bunch of non-Paul rockers, such as Elvis Costello. Posthumous releases from Chris Cornell, Prince and Tom Petty have delighted me to no end. Pretty good Christmas albums have been released by Eric Clapton and The Monkees (the best one of the year!). After several months of listening to them, Kai Danzberg’s and Lisa Mychols’ latest albums are still getting heavy play on my stereo [FYI: These two have just released their new duet single on bandcamp.com, and it’s awesome!]. And, Chic has even released a comeback album! Yet, one album has been getting more run lately than the others is by rock’s second-foremost renaissance man (behind Todd Rundgren) is the latest by rocker/author/journalist Ken Sharp called Beauty in the Backseat. 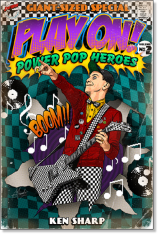 After spending several years writing a brilliant four-volume set on power pop music known as Play On! Power Pop Heroes (Hey Ken! If you ever read this, I can’t wait for Volume 5!!!), Sharp released a great new album in 2016 called New Mourning. The album was definitely one of my favorites that year, but 2018 has been something of a watershed year for the man, at least musically speaking. This tour-de-force began in December 2017, when, shortly after David Cassidy’s untimely death, Sharp released a fantastic single called “I Wanna Be David Cassidy,” a fantastic slice of ’70s AM radio rock that be honored the man in the title and lyrically expressed what us kids were thinking of Cassidy when we lived to watch David on The Partridge Family. I was a seven-year-old boy who totally understood what being David Cassidy might have meant to the girls.

Then, earlier this year, Ken followed that single with another called “She Hates the Beatles,” after his producer dared him to write a song with that title. Now, no man of our age would consider a woman to play a major role in our lives who hates the Beatles, yet, once again, Sharp hit another round-tripper with this single. Then, in a short space of time, when his favorite band, Todd Rundgren’s Utopia, announced a reunion tour for the spring, Sharp used his excitement to create a near-perfect tribute to the band with his THIRD single of the year called appropriately enough “Utopia.” 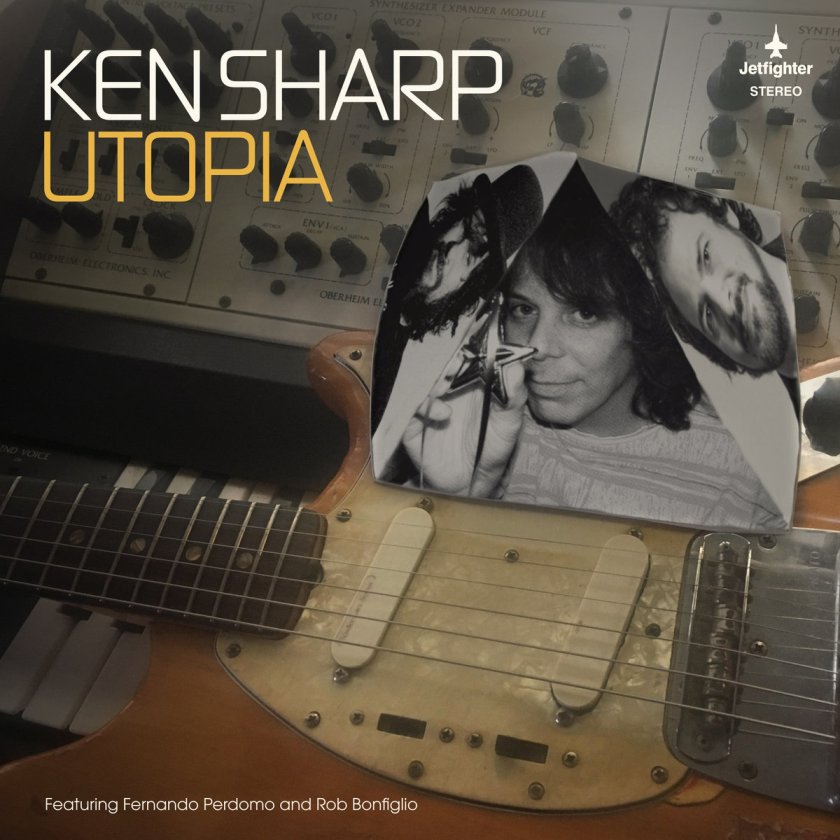 All of this happened in rapid machine gun fashion, when Ken quickly announced that he was releasing a new album called Beauty in the Backseat. Of course, the man actually saved the best for last! This album is stuffed full of songs with melodies, which reminds me of how much I love the sound of Todd Rundgren’s music played by the AM radio station in my dad’s Buick. That’s what this album reminds me of. Those summer days when my parents would take my brother and me to the country club swimming pool and hearing Badfinger and the Raspberries hit songs on that car radio. Those were care-free days, full of fun and great pop music that rocked. And, Mr. Sharp, this new album is of the 21st century yet takes me back to my youth as if I were living to new that new song by Bread on my little AM radio in my bedroom.

Yet, nostalgia is NOT this album’s strength, not by a long shot! No, this is the type of album that millennials NEED to hear, digest and allow to become an influence on their music to remind them that the best beats are actually played by musicians and not manufactured on your phone. Additionally, Sharp has given the world a lesson on writing timeless melodies, the kind which borrow into our brains and remain there for hours after listening to that song. Unfortunately, Sharp has left off this album two of his three fantastic singles, only giving us the David Cassidy song. Yet, there is no letdown of the quality of songs that Sharp has created. From the Raspberries-like opener “Rock Show” to the his brilliant “Pull the Strings,” which sounds like a long-forgotten hit on a Time-Life ’70s AM Gold compilation. Throughout the whole album, Sharp tells us this is HIS music, take it or leave it, and he is comfortable in his own skin. Even his homage to the late great David Bowie is fresh and heartfelt (“The Day That David Bowie Died”).

I think with all things have been said, this album is ultimately a tribute to Eric Carmen, as it sounds like the follow-up to Carmen’s 1976 debut album. Still, this is more than a simple tribute album, since there are additional nods to Jeff Lynne and ELO and even Magical Mystery Tour-era Beatles. But, for the duration of an album, Ken Sharp has channeled Eric Carmen to give us a fantastic power pop album for the ages.

See folks? Power pop is alive and well! Three of my favorite albums this years are all from this genre. And, during these stressful days of Trump, don’t we deserve some music that will give us a break from that crap?