38 years ago this past Saturday, one of the biggest events of my life occurred when it was announced during Monday Night Football that former Beatle John Lennon had been assassinated outside his apartment, The Dakota, in front of his wife Yoko Ono. That event struck me in a way that many people must have felt in the aftermath of the President John Kennedy assassination. I remember being in a funk the next day at school, talking with my physics teacher about the situation, since he too was feeling the same way.

Over the next couple of years, I devoured books and magazine articles about John Lennon and The Beatles. I combed through his lyrics, learning to recognize his songs from Paul McCartney’s, even though they shared songwriting credit with every one of their songs during their time with The Beatles. Now, did I become a Beatles or even a John Lennon expert? Simply put, no. But, what I keep learning did lead to my first foray into rock writing, as I wrote my research paper for my English 102 class on Lennon. The cool thing about picking that subject for my paper was that my professor’s husband taught a class on The Beatles at Ball State, so he was constantly sending me feedback on my paper, along with leads toward more and better information, with his wife being our conduit. The professor was the second English professor in college that took an interest in my writing and attempted to convince me to convert to creative writing from science as my major. But, that’s another story. Ultimately, John Lennon taught me to follow my inner light and stick with my truth. It was simple, yet powerful, especially to an eighteen/nineteen-year-old with an extremely short attention span.

After writing that paper, slowly my eyes began to open allowing me to begin to see what my calling in life would eventually be. It took me another 12 years, but I finally became a teacher and coach, and that may not have happened had I not written that paper on Lennon.

In much the same manner, I may not have become a modern Christmas music fanatic had I not heard the classic Christmas album The Ventures Christmas Album. As a youngster, I would cajole my babysitter until she would put the album on her console stereo, handing me the album cover, turning on the color wheel light that shone on her silver aluminum Christmas tree, leaving me to my five-year-old thoughts. The sounds of surf rock guitar playing instrumental Christmas carols with each song having integrated a great rock hit of the past year or so within the context of the songs. So, I was hearing Christmas music being mixed with the guitar riffs from such songs as “Wooly Bully” and “Paperback Writer”. The whole thing was the birth of a new musical language being created, and it was influencing my young brain.

That album, along with choice cuts from Phil Spector’s now-classic Christmas album, “Snoopy’s Christmas” by The Royal Guardsmen and Paul Revere & the Raiders’ Christmas albums were among my gateway drugs of this new experience I was getting and loving. So, folks, therein lies the root of my Christmas music fixation, as I continue to search for new ways to present the same old songs that will speak to a generation, much as Lennon did to a slightly older version of me when he and Yoko released “Happy Xmas (War Is Over)” as a new decade was dawning.

Thank you, John Lennon and The Ventures for leading me into this rock world version of Christmas music. Now, back to the countdown, my friends, as we enter my Top 100 Favorite Modern Christmas Songs. 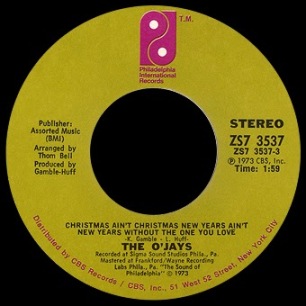 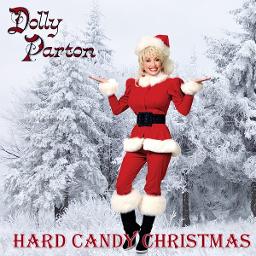 And, we keep rolling through the holiday hits! Numbers get smaller, but the hits get bigger. See you tomorrow for the next 20 hits. And, remember, don’t bully Rudolph!