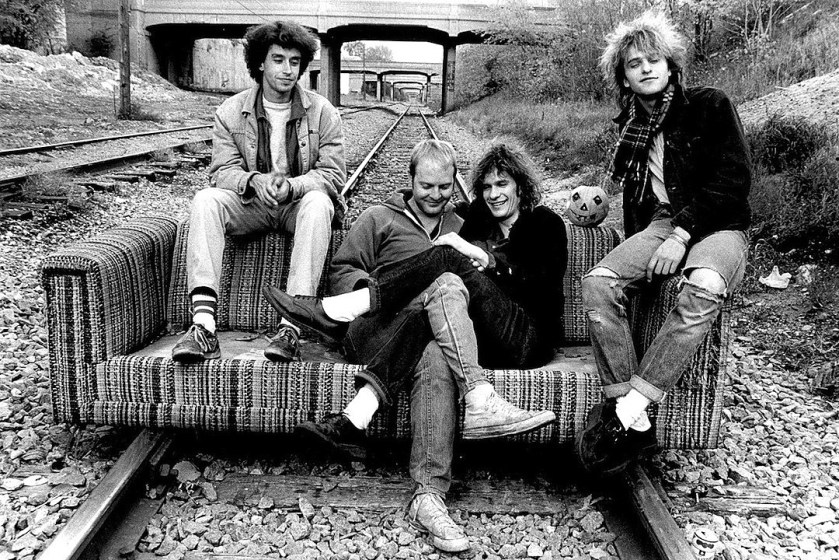 I will admit that I was slow to the whole college rock party, mainly because, generally speaking, my peers at Ball State University were still stuck on album oriented rock music, along with the fun new wave music getting played on MTV. I knew of a couple guys through competitive cycling who were into Black Flag, Dead Kennedys and the Butthole Surfers, but they were the minority. Finally, in the Fall of 1984, after discovering Hüsker Dü, The Smiths and Camper Van Beethoven, I got my introduction to another great Minneapolis artist who was not part of the Uptown Empire of Prince. Through their now classic album Let It Be, I was introduced to the world of The Replacements.

To me, The Replacements will always be something along the equivalent of The Kinks to R.E.M.’s Beatles, if I can make such an analogy. Unfortunately, few ever got to hear this band’s brilliance on the radio, especially here in Central Indiana. After we moved back to this area in mid-1990, I could not believe how few people around here had heard of the band. Before their original guitarist Bob Stinson was kicked out of the band for his drinking problem, The Replacements had recorded three consecutive albums that are milestones of Eighties college rock: Hootenanny, the aforementioned Let It Be and 1985’s Tim. That means The Replacements recorded three classic albums out of their first four attempts. The band was noted for a sloppy country-ish punk-based rock sound, mainly due to their notoriously drunken live performances, that was coupled with the insightful, poetic lyrics of frontman Paul Westerberg. To me, The Mats, as their fans called them, represented another level of great music that was being ignored and ridiculed by the Boomer generation. 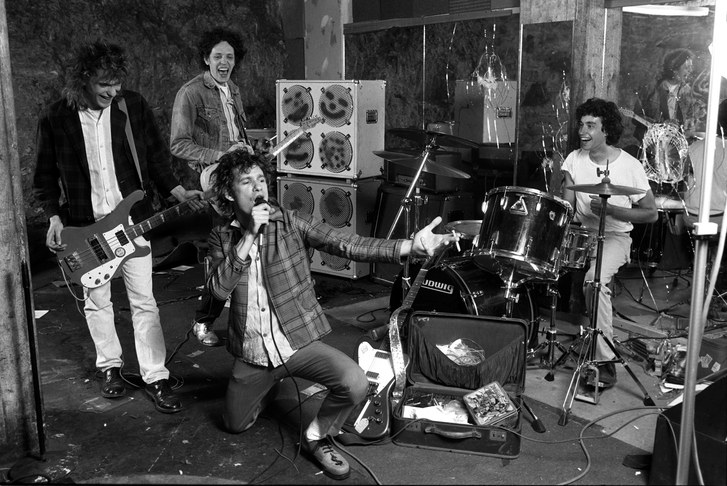 After Stinson’s removal, journeyman guitarist Slim Dunlap was brought into the fold, actually adding a level of professionalism the band had been missing up to that point. The result was another terrific album that was released in 1987 entitled Pleased to Meet Me. This album showed The Replacements finally growing into the musicians that was always predicted of them. Bassist Tommy Stinson, Bob’s kid brother and the band’s true rock star, was growing into a steady force, while drummer Chris Mars was continuing his steady beat. Westerberg’s music and lyrics were reaching a new peak in maturity, and the band actually had an alternative rock hit with the song “Alex Chilton,” named after the lead singer of ’60s band The Box Tops (“The Letter”) and ’70s power pop visionaries Big Star. The song, as well as the album, was a rip roaring extrapolation of Big Star’s sound into the Eighties. It seemed to be setting the stage for big things for this underappreciated band.

Finally, in 1989, I was listening to WOXY-FM, 97-X, “The future of rock and roll!” (go watch the film Rain Man and you will hear the station’s old promo as Tom Cruise and Dustin Hoffman’s characters drive out of Cincinnati near the beginning of the movie) when I heard the DJ say that The Replacements had released a new album. I thought, “Finally! They are going to join R.E.M.” And, the DJ introduced this new song called “I’ll Be You,” the first single. Then, he played some more cuts, such as “Talent Show,” “Achin’ to Be” and “We’ll Inherit the Earth.” Sure, I was immediately taken aback by the cleanliness of the production yet was totally excited by the maturity of the sound. Hell, the band sounded as if they had been rehearsed by Tom Petty and the Heartbreakers and had finally become tight. Little did I know that this album had been intended as a Westerberg solo album. Regardless, I thought the band was ready for the big time, and the mainstream was ready for The Replacements.

I have always felt that The Mats were the perfect band for their music to be a staple played on the jukebox of a dive bar here in the Midwest and South. But, for some reason, these guys were never marketed to their true audience. Maybe, their record company was trying to break them on rock radio, on which they would have been a natural, especially since classic rock will never quit playing Creedence Clearwater Revival (tell me the difference!). Sure, their 1984 song “Gary’s Got a Boner” was never created for radio, but their 1989 album Don’t Tell a Soul definitely was. The band even toured with Tom Petty’s band, and Tom was notorious with not putting up with to many stupid shenanigans from the opening band onstage. The stars were aligned. But, regular rock radio dropped the ball, while The Replacements continued to dominate alternative radio with hit after hit.

Not too many bands who truly had the creative run and growth that The Replacements had during the mid-Eighties, did so without ever reaping the financial benefit from that quality of work. This was a great band that few people around me know about, and that saddens me. So, I implore every one of my readers to get out there and buy their records, or CDs, or both (like me). And, while we’re at it, here are my 30 favorite songs by The Replacements, a very good place to begin.