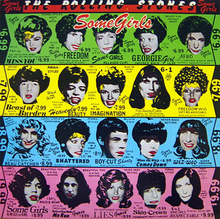 I have to admit something. Believe it or not, I’ve led a fairly blessed life. I have gotten to experience many things that most “normal” people have not. Growing up, I had the luxury of having parents who were educators, so they valued education and passed that onto me. I was blessed with some intelligence, finding much of my studies fairly stress-free, except for that immunology class which completely took me out of my comfortable zone. Which, for me (and I am not trying to brag), meant I had to study a little.

I had what many would consider to be a successful high school athletic career in cross country, track & field (athletics in the rest of the world) and basketball. The running-thing was my bread-and-butter, which allowed me to go many places to run, including, albeit very briefly, college. I ran all over the state of Indiana in various events, including being part of a mile relay team that won a state championship in the Junior Olympics in 1978. Running actually took me to Colorado during the summer of 1978 to compete in a national event where I got the opportunity to shake hands with one of the greatest men I have ever met, the immortal Jesse Owens, who was an inspiration to me. And, all of that running set me up to coach some great young athletes at two different high schools. Neither school had a track tradition when I took over as coach, but I was fortunate to have some of the finest competitors ever on those teams. And, every case, those kids won team championships that they will hold on to for the rest of their lives. Plus, I got to teach most of them a little science in the classroom, which made the whole experience worthwhile.

But, one thing that sticks out in my mind, and probably in the minds of all of my former students and athletes were the days that we’d discuss rock music during classroom downtime. Those kids must have been blown away by my rock “nerdiness.” One thing they love to hear was to begin with one of their favorite artists, then weave back through rock history through all the proceeding artists who influenced the one before them, taking it back to the blues, country and jazz of the Forties. It was a great way to stop the science brain fatigue from burning us all out, while keeping them excited about my class. It was a simple mind trick, or cheap trick, if you will.

Anyway, I was thinking about that trip to Colorado recently. I remember dubbing several cassette tapes for my trip, along with a couple early forays into what would become my college obsession of the mixtape. About six weeks before I left on that cross country bus trip with a bunch of teenage boys and girls from the area making the journey, I bought a couple albums for the local record store. I picked up Meat Loaf’s Bat Out of Hell, Foreigner’s Double Vision and, on a whim, Some Girls by the Rolling Stones. Yes, I knew the Stones, but I had no idea about this new album, other than “Miss You” had debuted in the Top 40 of Billboard’s Hot 100. Just so you know, the Stones were my third choice, but it quickly became my favorite album of the summer of 1978. I played that damn album all of the time.

Some Girls may have been the last great gasp of rock brilliance by the Stones, but at least they created an album of absolute brilliance. Seriously, what’s not to love about this album? Yeah, yeah, yeah! I know! The Stones freaks out there will drone on and on about their Mick Taylor era, which was terrific, but that happened before I had hormones pumping through my veins. And, while that era just might be the music on which the Stones’ reputations rest, Some Girls is a crowning achievement for a band that many were beginning to write off. You see, these five Brits nearing the ripe old age of 40, at least in Seventies Rock terms, met the challenge of punk rock and disco head on, and kicked their asses.

This album has everything that makes the Stones one of the greatest bands ever. They did disco better than anyone else with the immortal single “Miss You.” They gave us a raunchy rock ballad in “Beast of Burden.” The Stones did punk (“Shattered,” “Lies” and “Respectable”) and country (“Far Away Eyes”). They had a cowboy song with Keith Richards’ “Before They Make Me Run.” They covered The Temptations’ “Imagination,” and they rocked hard on “When the Whip Comes Down.” And, then there was “Some Girls,” a song that all teenage boys wished they could have lived in life; instead, we had to live vicariously through Mick Jagger’s exploits depicted in this song. In the late Seventies, nothing compared to that lineup. It was one of the few perfect albums released during my high school years, at least until The Clash dropped London Calling on us in the State in early 1980. But, for a couple of years, I had Some Girls to listen to before running or basketball games.

While “Miss You” and “Beast of Burden” were the huge hits on the charts, the teenage boys commiserated through “Shattered.” That was the one song that nearly every young man getting ready for a sporting event in high school could agree upon. As we would say back then, “‘Shattered’ was the shit!” It was normal enough for most to love, and punk enough for the few knowing to accept. While “Miss You” made you wanna dance or “Beast of Burden” made you wanna slow dance, “Shattered” made you wanna go crazy. And, that’s what all good rock music should make a teenager wanna do!

Today, Some Girls remains on my go-to list for albums that still put me in a good mood. To this day, I still have not seen the band live, nor do I want to. Nowadays, they could never rise to the moment to capture what they did on this album. To me, the band was done when they started touring stadiums in 1981 behind “Start Me Up” and having the tour underwritten by Jovann perfume. I know my brother saw them in the Hoosier Dome on the “Steel Wheels Tour,” and my older son and his wife saw them play a couple years ago at the Indianapolis Motor Speedway. But, I never could justify seeing them. The Boss? Yes! U2? Yes! But, not the Stones. I have seen enough of their concert videos in the past that I am not that impressed with them. But, those studio albums, from Beggar’s Banquet, Let It Bleed, Sticky Fingers and Exile on Main Street to Some Girls, that’s how I want to always remember the band. I prefer them young and in their prime and not looking like the patients I would see at the nursing home when I would visit my mom when she was alive. My apologies go to Charlie Watts because that man is an ageless wonder behind the drums!