If you love all kinds of weather, then move to Indiana. For Chrissakes! It’s prematurely cold here. Yesterday, the temperature dropped twenty-some degrees in a couple of hours, froze the rain water on the streets and caused a couple inches of snow to fall on us. WTF!!! This stuff is two months early! Still, on an artistic note, this quick weather change has played right into my blog because I have been working on all artists but Coldplay.

I know! Coldplay! Lately, they have become something of my dirty little secret. Remember, I am a children of the “Do It Yourself” music world of the late-Seventies and early-Eighties, so how does Coldplay, a band that I once described as U2-lite, Radiohead-normal become a band for whose latest album I am actually somewhat excited about hearing? I mean, I have purchased several of their albums, only to sell them back after six months. Am I so desperate for a new U2 album, or any new album by a rock group, that I would settle for the strawberry Frosty of the rock world? Heavens! Have I allowed my musical standards to be lowered this much?

Hell, I really don’t know? But, what I do know is that Coldplay’s newest song, “Orphans,” is a nice little pop/rock song that has burrowed its way into my brain, and I cannot shake it out! It’s like the song has triggered some flashback chemical in my brain fooling into thinking this is 1982, and I’m hearing Joe Jackson’s “Stepping Out” again convincing me that I HAVE to purchase this upcoming album. The only difference is that I had developed a running relationship with Joe Jackson back then, and I’ve only had a passing relationship with Coldplay. I know it’s NOT the hype, because I have not read Rolling Stone in months, allowing my subscription to end due to apathy. And, for the past five years, I have become ambivalent toward Pitchfork and the other millennial-driven music sites (C’mon kids! Kanye has lost his mojo! It happens to all the greats, except Prince and Tom Petty.).

So, what has happened to me? I’m a grandfather now! I shouldn’t be getting all giddy about a song now. But, for some reason, “Orphans” caught me off guard. I know! I know! It’s not The Clash, The Police nor even the second coming of “Der Kommissar.” But, this damn song has gotten me excited about hearing an album like no other since my older son was still living under our roof (He’s basically been a guest here since 2003).

So, I pulled out the old iPod (remember those?), and plugged into it to listen to Coldplay. Yes, I still have an iPod and, get this, rarely stream anything! And, I still buy the occasional CD, but I have been sticking to vinyl lately. But, as I said, I have gotten rid of all of my Coldplay from my physical collection. So, am I going to be disappointed again? Who knows?!?!

So, instead of worrying about the future, let’s stick with the past, particularly Coldplay’s past. You know what? They could release one helluva greatest hits compilation! And, their music is fairly diverse now. I love how they have grown from the sullen band of “Yellow” in the beginning to an artistic entity that dabbles in pop/rock-based music where they incorporate flourishes of current musical trends, much as U2 experimented with during the Nineties. And, while Coldplay does appeal to a more watered-down version of my taste of rock music, they are growing and taking music into some interesting places here in the 21st century. Therefore, I AM interested in seeing if this upcoming album will be a new-level vision, or just another Coldplay album. After going back through their catalogue, Coldplay does seem to be reaching for a new plateau. Maybe this new album will be the culmination of this search.

With that said, here is my Top 25 list for Coldplay, perhaps the best rock band of this generation, warts and all. 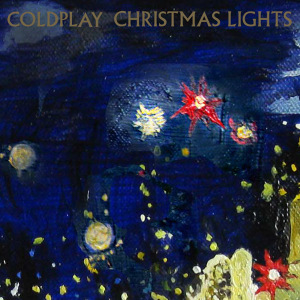 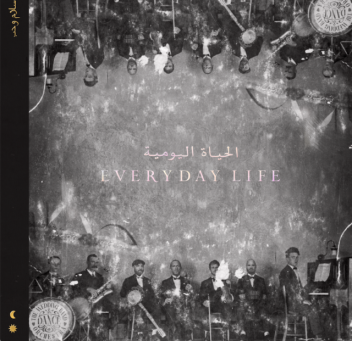 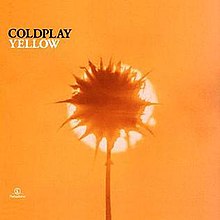 10. “Yellow” (Parachutes, 2000). This song has always been a very “floaty” song that is something of an anthemic ballad. Everything about it says I should make fun of it, yet I seem to fall for its sincerity every time.

9. “Speed of Sound” (X & Y, 2005). The best song on the band’s much maligned third album. It is the perfect follow-up to the band’s terrific “Clocks” with the similar piano-driven melody.

8. “Don’t Panic” (Parachutes, 2000). Personally, I love this song more than the big hit “Yellow,” even though both songs harvest the very same emotional plot in the field.

7. “Paradise” (Mylo Xyloto, 2011). Coldplay throws everything in the mix in order to make this song sound bigger, and I feel like they succeed. From the string opening to the hip hop beat to the club thud of the bass to Chris Martin’s vocals, it just works.

6. “Orphans” (Everyday Life, 2019). From the moment Coldplay started playing this song on Saturday Night Live a week and a half ago, I was mesmerized. I can’t wait to see how this ages in my mind. But, right now, I think it’s pretty hot!

5. “Adventure of a Lifetime” (A Head Full of Dreams, 2015). I gotta say right here, that even though this is more of a danceable pop/rock song, the guitar is straight U2. Usually, when I hear a band go in that direction with their guitar, like most Contemporary Christian bands, I just cringe. But, Coldplay makes it an enjoyable texture in this rock club song.

4. “The Scientist” (A Rush of Blood to the Head, 2002). It’s a toss-up for me as to which song on this album I like better. Personally, I enjoy the lyrics in this one more, being a scientist and all.

3. “Clocks” (A Rush of Blood to the Head, 2002). I think this was the bigger radio hit from this album. I remember just loving the use of the piano as something of rhythm instrument.

2. “Viva La Vida” (Viva La Vida or Death and All His Friends, 2008). What is it about this song that I love? Simply put, everything. It is near perfection. And, the song just gets better the louder I play it. Is it an anthem? I’d say so!

1. “Every Teardrop Is a Waterfall” (Mylo Xyloto, 2011). Damn it! I KNOW I should just hate this song, but I absolutely love it! This IS an anthem of the first order. I really don’t know if Coldplay could ever top it. I simply love how this song begins loud and soars from there. This is what rock music is all about. If I were still coaching, my teams would be hearing this damn song once a week.

There you have it! That’s my lesson on Coldplay. To quote Jack Nicholson’s Joker, “I don’t know if it’s art, but I like it!”