Back in the summer of 1984, I had just moved into my fraternity house for the summer as I wanted to take some classes during the summer. Mainly, I no longer wanted to live at home, so I took a few of the more boring classes in my microbiology major simply to get them over in a four-and-a-half week period of time. Back then, Ball State was on the quarter system, so the summer quarter was divided into two sessions so I was able to take two classes each session. I took an Ecology class, an advanced Botany class (God, I hate plants!), Developmental Biology (essential a class on evolution through the scope of a mammalian embryo developing) and Bacteriology because I had screwed up and gotten a C in it by not showing up enough, so I wanted a better grade.

That summer was the summer in which I met my wife. Now, back then I was a total screwball, though some will correctly argue that I remain one to this day. The cool thing about a college summer school is the fact that the classes go by quickly, AND you don’t really have that much time in a class. All of this adds up to an abundance of free time, which can be dangerous for a 21-year-old. In my Ecology class, we had a weekly test over five chapters. As I have stated, I have the uncanny ability to remember things that I hear in class, read or write down. By this time in my college career, I discovered that if I recopied my notes every night, I would remember nearly everything from class.

So, that first Thursday night, I had my notebook out but was busy engaging in the Ball State ritual of playing Beer Traffic. In Beer Traffic, the contestants sit in the front lawn of the house in chairs (either lawn chairs or some from inside the frat house or maybe even a couch or love seat) and choose the color of a car. When a car of that color drives by, you have to drink from the alcoholic beverage of your choice. Now, the purpose is to get a buzz, of course, so you better choose a common car color such as white, red or black and not mucus green or orange.

Now, my wife, who I had only known for a week now, came over from the house she and some girls were renting to talk. At that moment, she asked me why I had a notebook in my lap. I told her I was studying for a test. On cue, my roommate, who is a successful physical therapist and had a perfect 4.0 GPA, just burst out laughing. Since she was an education major, she began to berate me about my study habits. I told her my usual phrase I used back then, “I have everything under control.” It was obvious to everyone that I was a little thick-tongued when I said that, which of course made about a dozen buzzed college kids to begin laughing out loud.

Well, before I could say anything else, Jill grabbed my notebook and began reading through the notes. Defiantly, she started ripping into me much like she does her struggling students to this day. Then, she told me that she was going to quiz me. At that moment, my roommate, Bruce, told her she really didn’t want to go there with me, since he knew we both had the same unconventional study habits. Unconvinced, Jill was out to prove a point. Immediately, she began quizzing me on my notes. Question after question, I answered everything correctly, adding details that were missing from the notes that she had to refer to the textbook to see if I was telling her the truth or bullshitting her. When she was done, she slammed the books down and walked off, which only triggered another outburst of laughter from my roommate and me.

Now, what does this story have to do with anything? Well, there is a point! You see, that summer I spent much of my spare time discovering many of the great alternative rock artists of the Eighties, thanks to my love R.E.M. Through their interviews, I had discovered Minutemen, The Replacements, The Smiths, and so many other artists. But, the one that has stood the test of time was Hüsker Dü. You see, I was determined to annoy everyone at the house that evening my blaring Hüsker Dü from the stereo as the soundtrack to our game. Needless to say, it was NOT a popular choice, but as the buzzes grew, my friends’ reluctance faded. Little did I realize that I was developing a lifetime habit of irritating that young lady with my study and music listening habits.

I will admit it that Hüsker Dü can be a bit of an acquired taste for most people. Their very harsh and abrasive take on pop music flew in the face of the great pop sounds that were being pimped all over MTV at the time. And, although they were a Minneapolis band, they sounded nothing at all like Prince and his purple sound. No, Hüsker Dü took the sound of the Ramones to its natural extreme conclusion by speeding up the instruments and cranking up the volume to 11 for maximum distortion. This was hardcore at its hardest and fastest, which made for a delightful change of pace to my normal listening habits of the day.

As the years went by, the more Hüsker Dü grew in stature to me. 1985 was perhaps their finest year as a band, what with the release of TWO classic albums, Flip Your Wig and New Day Rising and a terrific non-album single “Eight Miles High,” a very hardcore cover of The Byrds’ terrific song. They followed all of that with their major label debut, Candy Apple Grey, in 1986. Then, they pulled a Prince-like move by releasing their SECOND double album in three years, the very polished and tame Warehouse: Songs and Stories. Abruptly afterwards, the band announced that they were disbanding. And, all I could think was that I was just discovering them!

Fast forward a couple of years to 1989, around the time my younger son was born, former Hüsker Dü guitarist and vocalist Bob Mould released his first solo album, Workbook. Much like his former band before, this album’s cuts were in massive rotation on the late great Oxford, Ohio, alternative rock music station 97-X, WOXY. Immediately, I was thrown for a loop and the songs were acoustic guitar-based and had a cello in them. WTF?!?!? Yet, I loved it, as one again Mould’s music was flying in the opposite direction of what alternative music had become. Naturally, that album became one of my absolute favorite albums from that year. It was every bit the revelation that Zen Arcade had been in 1984.

From that moment onward, I was a Bob Mould fan. I followed his career as he formed a new power trio Sugar in the mid-Nineties. Once again, just as that band was beginning to emerge commercially, he broke it up and went back to his solo career. Truthfully speaking, his solo career was not much to be interested in during the post-Sugar years until Mould found adult contentment in the 2010s. Since the beginning decade, the man has grown into a very creatively satisfying elder statesman of the music world. He has written one of rock’s finest autobiographies, had a fantastic documentary produced about him and released some of his finest music to date. For a gay man to finally be comfortable in his own skin as he nears 60 years of age should be an inspiration to anyone, regardless of sexual orientation, skin color, political bent, etc. The man is a survivor and is at the top of his game.

Therefore, today, I am going to rank all of Bob Mould’s solo albums, along with his Hüsker Dü and Sugar discography according to my preferences. And one last thing: Rock and Roll Hall of Fame! Put Hüsker Dü into the Hall! If it wasn’t for them, and then the Pixies, we would NOT have had the alternative sound of the Nineties. PERIOD! 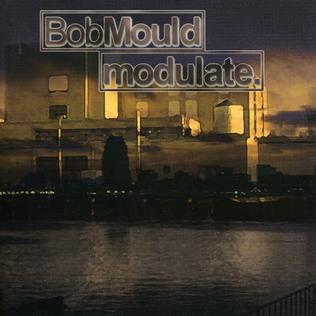 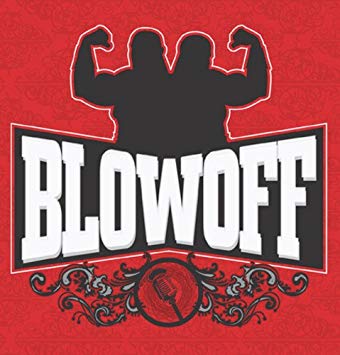 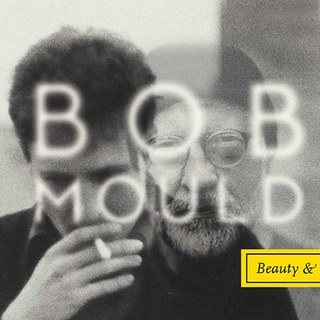 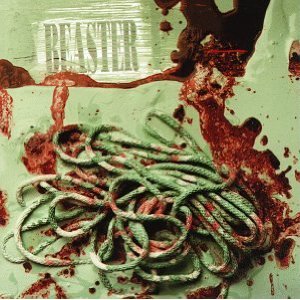 10. Beaster E.P – Sugar (1993). A fantastic gap-filler between the two formal Sugar albums. This E.P. only made me more excited about the band.

9. Warehouse: Songs and Stories (1987). A totally awesome swansong to one of the 80s truly great innovators.

8. File Under: Easy Listening – Sugar (1994). The joke of the title was on those big box retail stores that were carrying this album as it was more reminiscent of Mould’s first band that the power pop trio of Sugar’s now classic debut album.

7. Sunshine Rock – Bob Mould (2019). What?!?! Did Mould go positive? Hell no! Yet, this album is perhaps his most satisfying as it seems to be an excellent summation of all his various sounds of his excellent career.

6. Zen Arcade – Hüsker Dü (1984). I can emphasize enough how much of a game-changer this album was. It was alternative rock’s first rock opera, in addition to its first double album. They were the first to bring the whole Sixties rock excess art form into the early Gen X era. Let’s face it, if it weren’t for this album, would we have gotten Smashing Pumpkins’ classic Mellon Collie and the Infinite Sadness or American Idiot by Green Day? Trust me, the answer is an emphatic NO!

5. Silver Age – Bob Mould (2012). This is the best album from Mould’s renaissance years. I still go back to this album for a spin every now and then. This is the sound of a legend comfortable in his own skin.

4. Flip Your Wig – Hüsker Dü (1985). Did Hüsker Dü really just use an acoustic guitar on this album? What could be more punk rock than that at the time? More please!

3. New Day Rising – Hüsker Dü (1985). Are you kidding me?! Two classic albums in one year from one band?! You bet! Put those two 1985 albums together and you still would not diminish the growth and artistry of Hüsker Dü that year. Throw in that aforementioned single, and you have one of the greatest years for a band since The Beatles in 1964.

2. Copper Blue – Sugar (1992). 1992 was such a heady year for rock music that this one almost falls through the cracks. Mould’s vision had to be to take the songs of 1977-era Cheap Trick and funnel it through Hüsker Dü’s distortion to create power pop for the Nineties. A classic album. 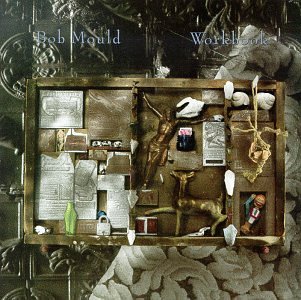 1. Workbook – Bob Mould (1989). I only give this one a slight nod over the previous four only because it was such a mind-blowing affair to hear Mould most discard the distortion and speed for a more rural, laid-back folkie sound. It was every bit as jolting as hearing “Makes No Sense at All” back in ’85.